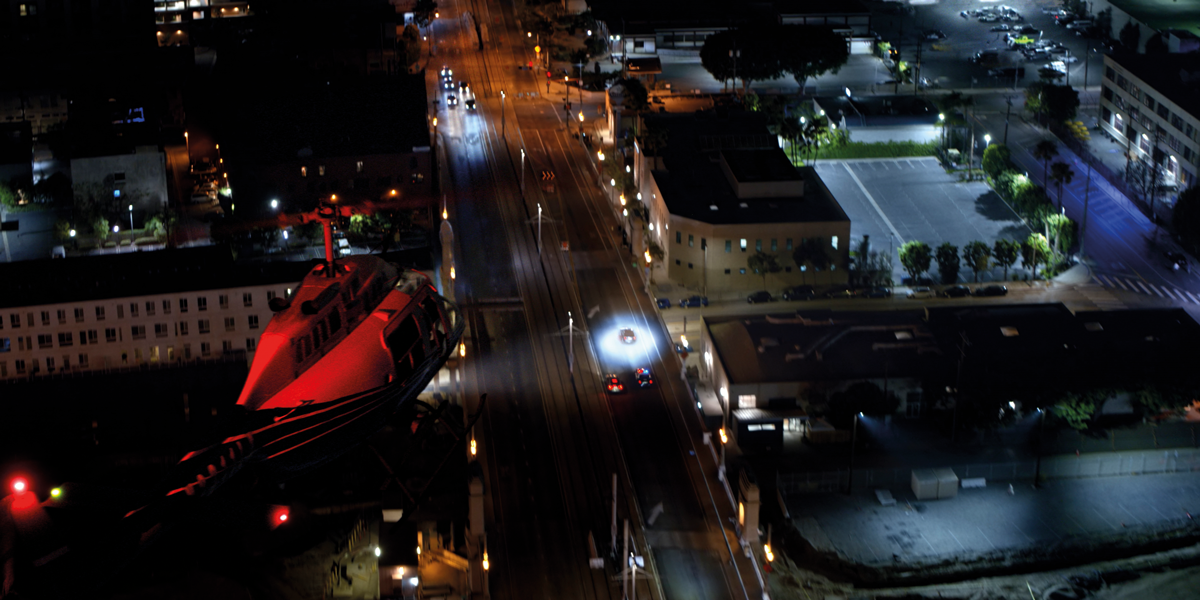 The immensely popular Bosch saga has returned for a sequel series. For Jeremy Nelson of Moving Target, it demanded VFX nuance and a well-equipped set of software

In today’s landscape of film, visual effects are easily spotted. Expertly executed as they are, viewers know in their hearts that heroes do not truly soar down from the sky, hideous beasts do not exist and magical lands will never be found outside of the screen. That’s not to shatter the illusion of cinema; such artistry draws us in to fantastical narratives like never before.

But what of cold, hard reality? In the world of detective Bosch – the compelling lead in the series of the same name – there is little room for wonder. In the latest iteration, Bosch: Legacy, his Los Angeles backdrop is as frosty as ever.

Viewers may be surprised to learn any VFX work was done at all, thanks to the skill of creatives like compositor Jeremy Nelson. He and his team’s invisible fingerprints are all over the new series, but a few key moments stand out.

“One of the big sequences is a police chase through Downtown LA. Suspects are escaping in a car and a police helicopter is following overhead. You see the city and the vehicle below, as well as the helicopter itself from an even higher perspective. Police are tracking with a spotlight as it weaves through the streets,” describes Nelson.

“What that involved was getting rid of visible crew, trucks, traffic cones, chasing camera cars and more – in big, sweeping helicopter shots. That required a lot of 3D tracking and 3D projection – plus matte paintings, usually done by Alan Munro.”

In addition to his hands-on talents, Munro served as VFX supervisor for the show. As the founder of Moving Target, he oversees content throughout the entire production cycle.

“We’ve done quite a few helicopter shots on Bosch over the years – but, thanks to Jeremy, this particular one is my favourite to date,” Munro notes.

Delivering some of the most exciting results, this sequence is typical of Nelson’s input on the season. As ever, it’s a factor that’s determined much earlier, during the shoot. 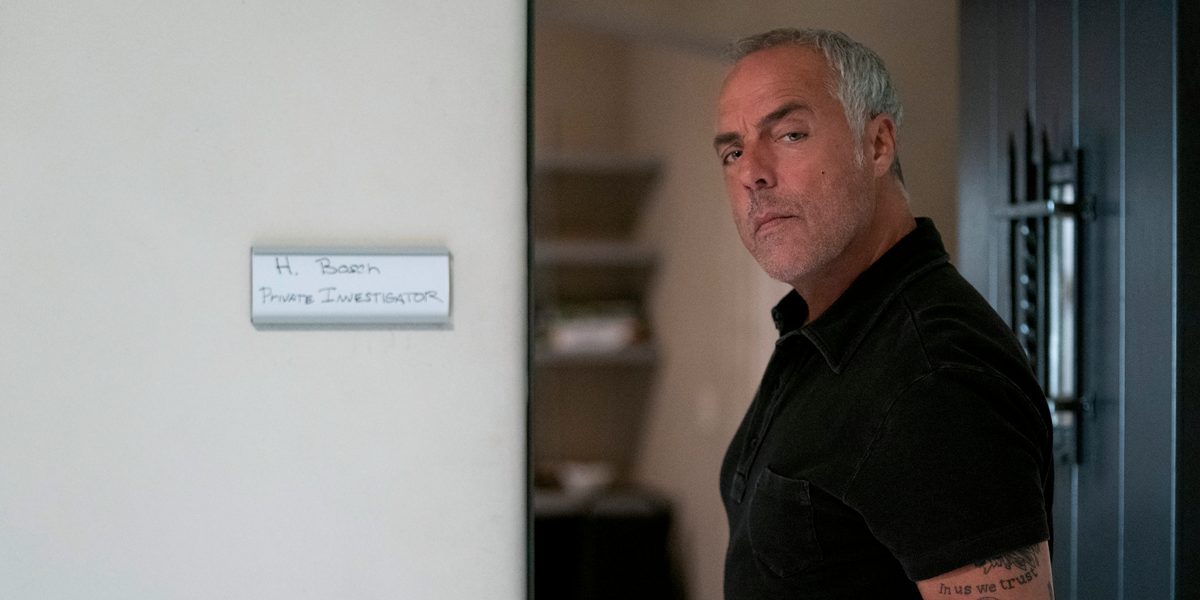 “Viewers may be surprised to learn any VFX work was done at all, thanks to the skill of creatives like compositor Jeremy Nelson”

“Most of our work on Bosch: Legacy revolved around tasks like that,” he says. “Getting rid of crew reflections in windows, for example. They film the show pretty fast and loose. Thankfully, they don’t have to be too careful about this level of detail in the moment, since we’re here to support them, cleaning up footage afterwards. Because the cameras are always moving dynamically, you have to recreate the shot in a 3D world.”

Like any creative, Nelson has his preferred workflow – combining a number of compatible platforms to garner the best results.

“SynthEyes is my 3D tracker of choice, and I used Blackmagic Fusion for most other requirements. I love how easily the 3D system integrates. I can get a lot of shots done in a pretty short space of time. It’s all thanks to Fusion, mixed with a little of my talent,” Nelson laughs.

“SynthEyes, for the money, can’t be beaten. Once you’ve got your 3D track, you essentially have a computerised version of the environment. Imagine taking a cardboard cutout of a stop sign and projecting a real image of one on to it. You could take a second camera and film that realistic-looking copy from any angle, up to the point it begins to warp. I pick the right frame to be projected, then we go into that and make matte paintings. For the helicopter sequence, there were lots of details to get rid of – and parallax to consider – on buildings, for example. Finally, it’s a case of rotoscoping, blending and making colour corrections.”

After using Fusion for years – early enough to have befriended the original programmers, in fact – Nelson has seen many iterations. He’s pushed the platform to its limits on countless productions, including every season of Bosch.

“One thing Blackmagic has been doing recently is making a lot of the tools GPU-based, which has sped up the workflow a lot,” the specialist explains. “It was also the first node-based compositor. That’s a great way to work, because you can determine everything you need to know by looking at the node tree. If you pick up someone else’s shot in a layers-based program, you can’t tell what’s been done. For the team I work closely with, I can determine who was on a sequence purely based on the way they’ve developed their node tree. It’s that personal – seeing their mind mapped out, right on screen.

“When I started out, the platform cost thousands,” Nelson continues, “but now it’s in the hundreds – or free with a Blackmagic cam. I actually own their first 4K camera and use it on Bosch all the time. When I need some smoke, water drops or other elements for post-production, I film them myself. Because I recorded the footage, I know what frame format to import at, then it’s simply drag and drop. If I need to trim the clip, I do that in DaVinci Resolve first, then render out those frames. If colour correction is required, I can do that within either software. For simple 3D tracking, I’ll keep it in Fusion.”

“Fusion has been an integral part of the Bosch toolkit since the first season. I would say that every year, there will be at least one shot nobody thinks is doable. And each time, that shot is done by Jeremy in Fusion.”

Having gone from strength to strength, it’s impossible to ignore the changes in Bosch’s creative process – culminating in Bosch: Legacy. In certain moments, VFX work has been more outside the box – although you may not spot it as an engrossed spectator.

“We’ve done a lot of cool computer graphics before: creating aeroplanes and other big additions,” Nelson recalls. “The producers loved it and wanted to see us put up for an Emmy nomination. Alan and I saw a chance to be extra exciting, so we got a little crazy trying to make everything look super-real. Much of that season looked more like a movie than a TV show.”

A true legacy: While the new name belies its status as a sequel, the show is a continuation of the detective’s story

Working in a world so tethered to reality isn’t a problem, as Munro explains.

“It’s more of a constraint on everybody else than our VFX team. All productions, be it Bosch or Beetlejuice, live in a created world. Our job – always – is to come up with exciting visuals that fit into what that world happens to be. I guess it’s all about understanding the rules and playing by them.”

“On a show like Bosch: Legacy, if you do your job well, it doesn’t look like it’s had any VFX work at all,” asserts Nelson.

Concluding any and all comparison, the compositor shares information likely already known by fans around the world.

“Bosch: Legacy is basically Season 8 of the original show. Everything people have come to love is still there. We’re working with the same crews, directors and writers – so we’re old hat now, which is a good thing. Once you get in your groove, you want to stay in it. So, we’re still telling the grounded, true-to-life stories. There’s no cartoonish villain coming in to blow stuff up. That’s what I like about the series, as a viewer myself.”

Throughout conversation, it’s evident Nelson has great admiration for the show – not least the part he’s been able to play within Munro’s Moving Target collective.

“We work on it like it’s a movie, instead of one episode after another. There’s time to tweak our work and go through multiple rounds of notes. If the effects look better than you often see in TV, that’s why. Cliché as it is, I love the people I work with on Bosch. We’re a little family that gets to meet up once every few months to do work we enjoy.”

Bosch: Legacy is available to stream now on Amazon Freevee

Originally published in the August 2022 issue of Definition. 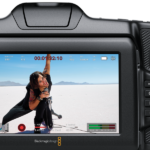 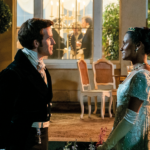 We delve into how Attenborough’s Wonder of Song was filmed in the UK, Germany...

Wildscreen announces the launch of the newly revamped Panda Awards, the highest honour in the...