Going against the thriller grain, Felix Wiedemann captured clear and detailed imagery for Behind Her Eyes. He talks naturalism, nightmares and baring souls on screen

Picture any psychological thriller you know. What do you see? A grimy urban hubbub, or desolate, yet oppressive rural locale? Brooding cinematography with constant shadows, heavy grain and a desaturated colour grade? They’re staples of the genre. So much so, it’s hard to imagine someone creating the very same content without them.

But this was the somewhat surprising approach of Felix Wiedemann during the making of Behind Her Eyes. The Netflix hit is an unusual, but enticing blend of psychological thrills, romantic drama and supernatural elements. One that’s backed by cinematography giving the remainder of the production, and the audience, much-needed room to breathe.

The end result seems to have landed with viewers, and while there’s some division over the show’s number of twists – as will always be the case with such endings – there’s something new and exciting on show. Thanks to visual genre bending, we’re cast adrift, left to make up our own minds without the clues we’re used to. For a viewer, it’s all the more thrilling. 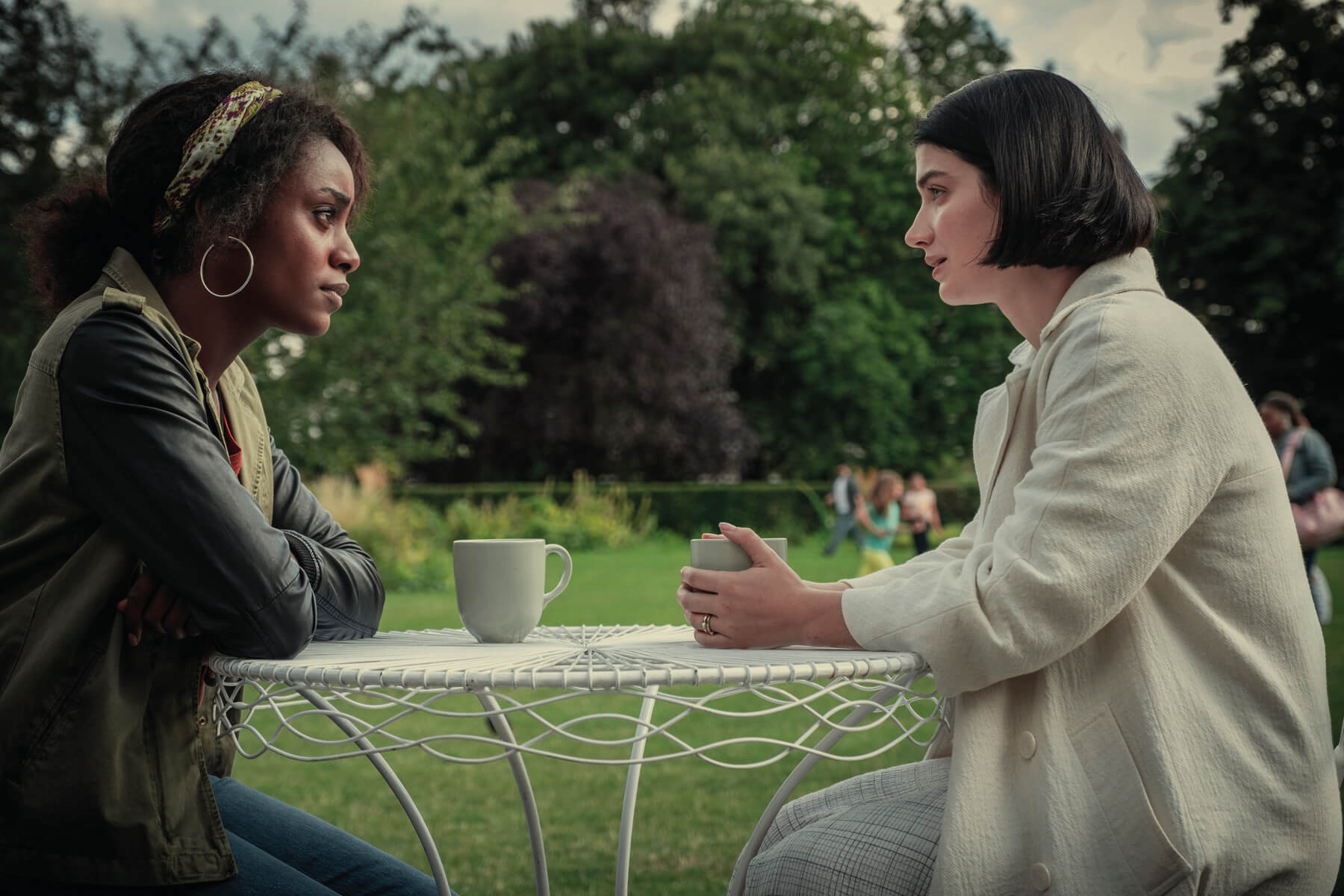 Wiedemann decided upon a clear, detailed image, not wanting to establish a heavy thriller mood that would detract from the viewer’s own decision making

“The tone we set with the image was a big decision for us,” explains Wiedemann.

“It’s a psychological thriller, but also a character-driven drama. We questioned to what degree it should live in the dark, foreboding world you’d expect – and how that would impact the audience. Ultimately, we settled on an image with real detail, clarity and naturalism.

“Heavy textures and grains, coloured filters, and so on, are a great way of visual storytelling, in that they let you infuse the image very strongly with a mood. In this case, though, we had a stronger desire to leave the viewers free to draw their own conclusions about everything – where they are in the story and even genre, their character allegiances, their perspective on who’s manipulating who and beyond,” Wiedemann continues.

“Erik Richter Strand, the director, was also enthusiastic about allowing the drama element of the series to play out. The emotional beats are just as real as the thrilling ones, so we didn’t want to create some sort of barrier between the audience and the characters with the look.” 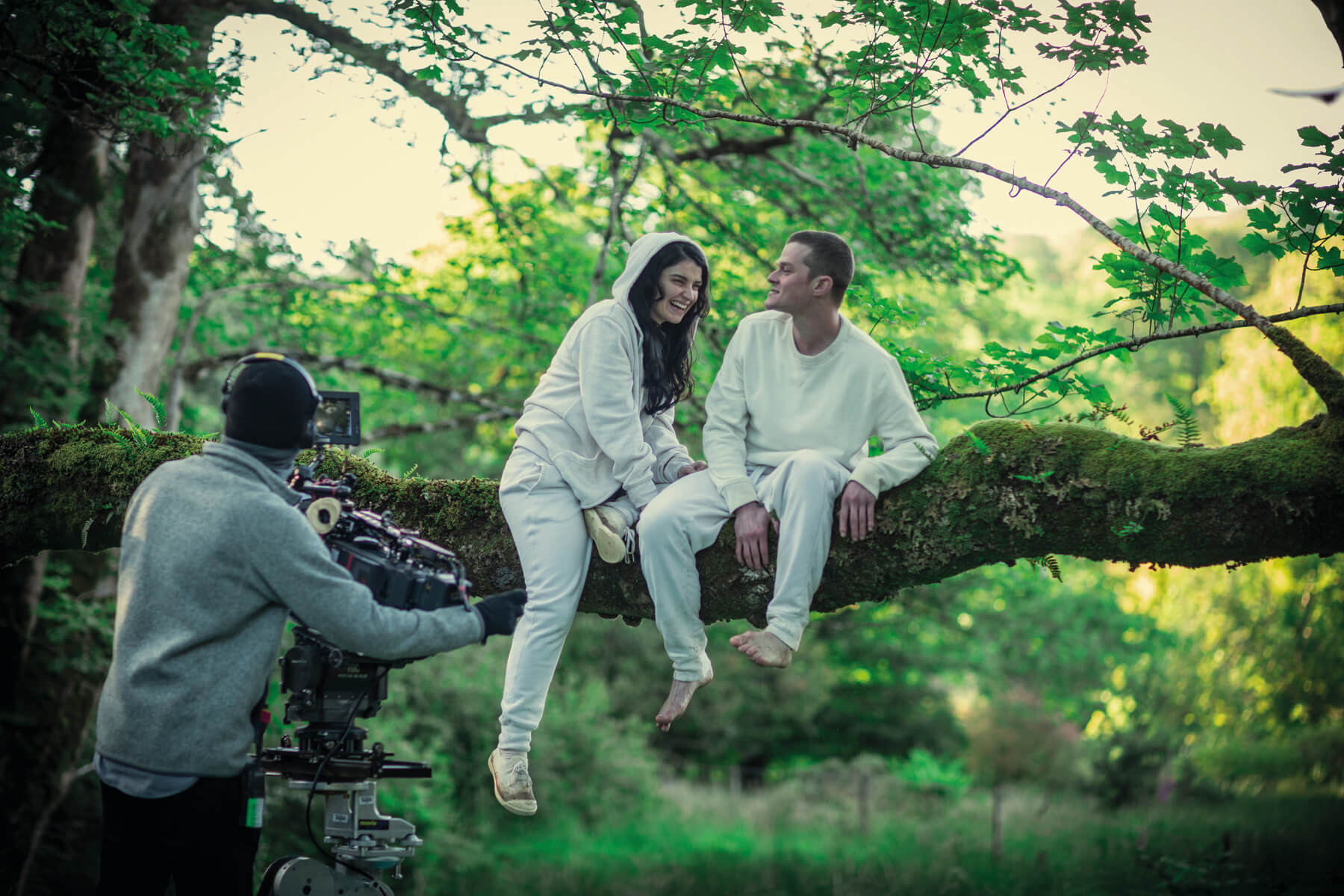 A large part of this clarity came down to thoroughly modern tools. Wiedemann put the Arri Alexa LF and Cooke S7/i lenses to work in an enjoyable combination.

“Using most of that sizeable sensor in 1.85:1 aspect ratio, with the spherical lenses and their full-frame coverage, really played its part in helping us achieve exactly what we wanted.

“Just because the camera has a high pixel count, doesn’t necessarily mean it looks displeasingly sharp. It felt like a really true, lifelike representation and a way to draw the audience in. We used many wide frames and they were so packed with detail, the gaze could really wander. In the close-ups, they revealed so much in the characters’ eyes.”

Throughout the series, lighting was also largely naturalistic – often jarringly so, given the genre convention. The practicalities of ensuring this varied across location interiors, exteriors and built sets. 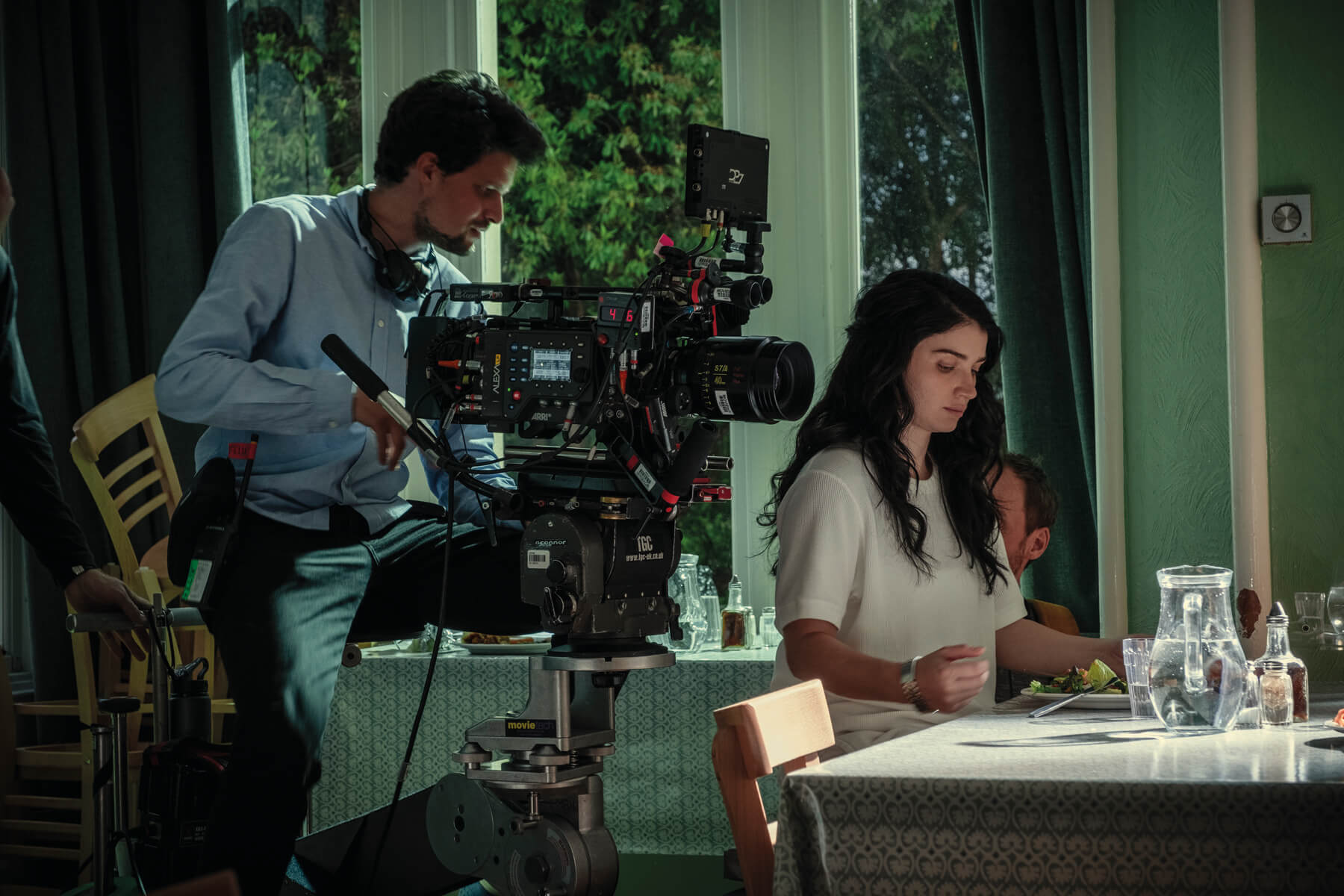 “Lighting was influenced by what we’d naturally expect from the location, light sources and time of day,” he says. “David and Adele’s home, for example, looks like a catalogue – which forms a nice juxtaposition thematically with what’s going on beneath the surface. That came down to allowing the windows to play and not stifling them.”

To gain control, the crew created a sunlight effect, with an Arrimax 18K on a Genie boom, plus a rig of less powerful HMIs on a truss on the house’s garden side.

“David’s office was a set build, including a translight to mimic the space outside the windows, space lights for ambient daylight and a 24K tungsten sunlight equivalent. At the institute, we just made the most of the rare Scottish sunlight, and having the characters all in white gave the perception of a brighter image. There was also a lot of vibrant green that was absent at the London locations,” Wiedemann explains.

“Editing and sound design went a long way in communicating much of what the visuals left ambiguous, such as jumps in time in the case of the institute here, or mood elsewhere. Then, of course, there were elements of cinematography that we did use in those more traditional thriller-genre ways, such as camera movement.” 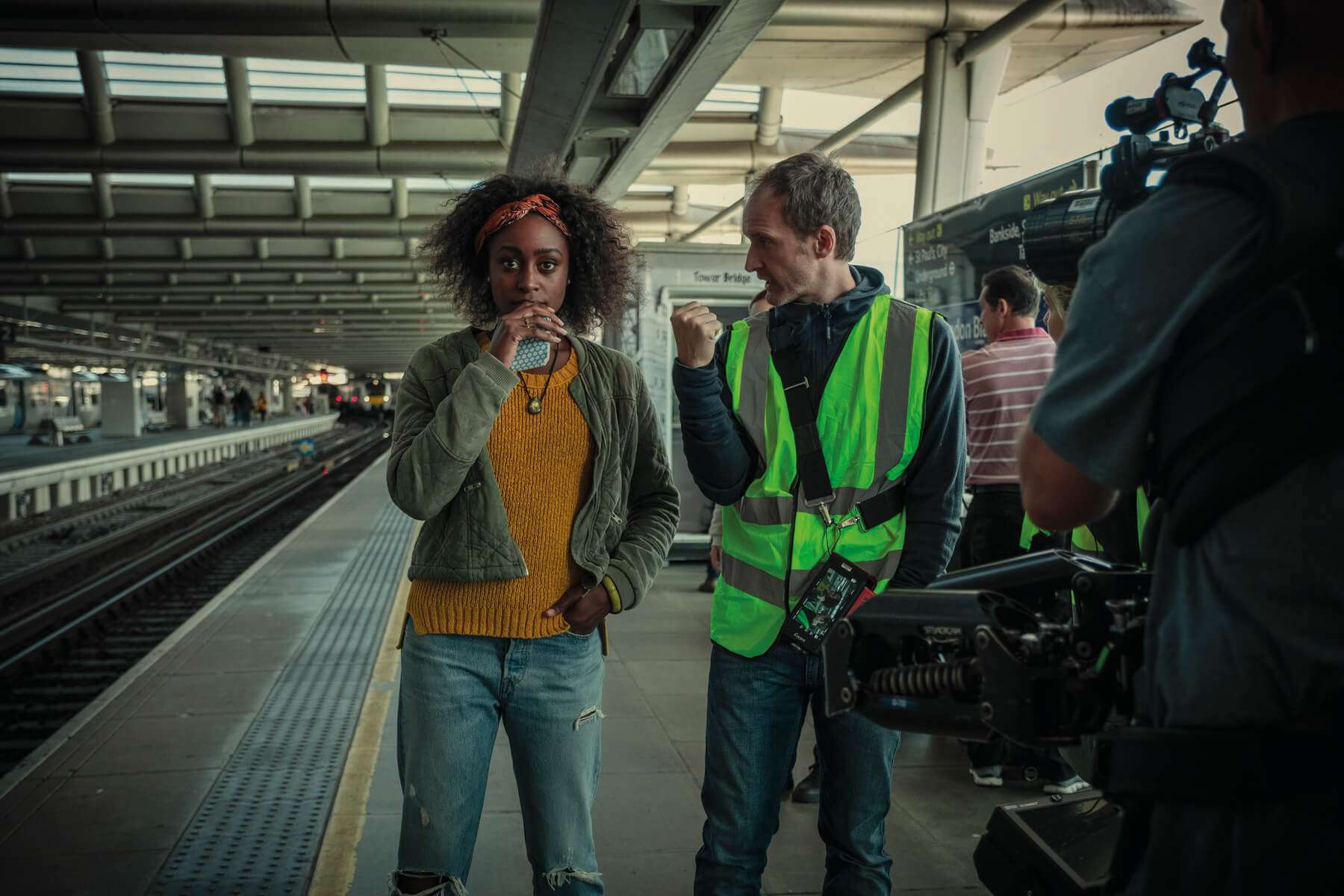 Strewn among these many placid scenes – as far as looks go, at least – were a number of stylised moments. Unsurprisingly, these raised specific challenges. One such choice was a recurring voyeuristic angle, used less subtly as episodes went by and its significance was revealed.

“The script read ‘someone is watching’, but how do you communicate that effectively? You can’t give it away too early, so it’s almost subconscious. It couldn’t be too jarring, but it couldn’t be lost on much of the audience, either,” Wiedemann says.

“There was a lot of testing, but we settled on this high-angle shot that could move through the space when needed, zooming in on details of interest. We used a crane in a few cases, but mostly it was a dolly built up with pods. I was up there at about ceiling height and the key grip, Elliott Polley, would wheel me around the room as I zoomed in on singles, pulled out to two shots, or took the frame wherever else we wanted.” 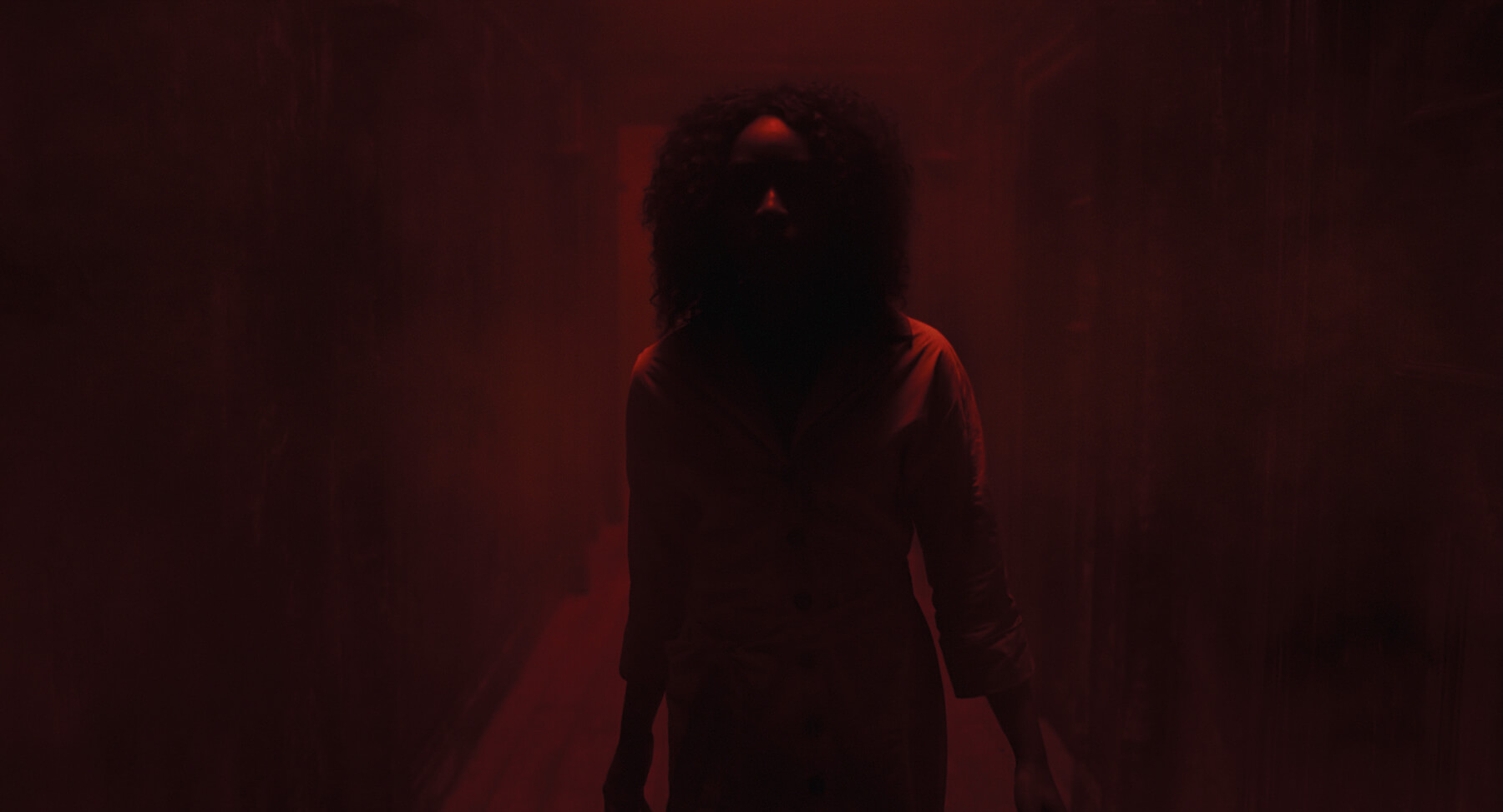 In some of the recurring nightmare sequences, Wiedemann washed Louise (Simona Brown) in stark, red light. Some snippets were captured using a Phantom camera at 1000fps

Dreams and nightmares were another common thread through the show, and they offered a perfect opportunity to push the visuals into the extreme. Frightful moments were taken into horror territory, while the dreams offered moments of mild respite, albeit surreal.

Wiedemann offers some insight: “Louise’s sequences in her mother’s home were a set build, which the team painted a monochrome, sand-grey colour. That immediately puts you in a strange space. Then, we flooded the whole set with a colour to heighten that. When the corridor and rooms began to burn, there was a mix of SFX and VFX alongside that lighting.”

For the dreams outside Louise’s mother’s house by the pond, the crew used a real location, but again, some VFX extended the background into surreal rolling hills and too-pristine clouds. In fact, that was the only instance where Wiedemann and his team lit an outdoor daytime location, forming an idyllic summer look. 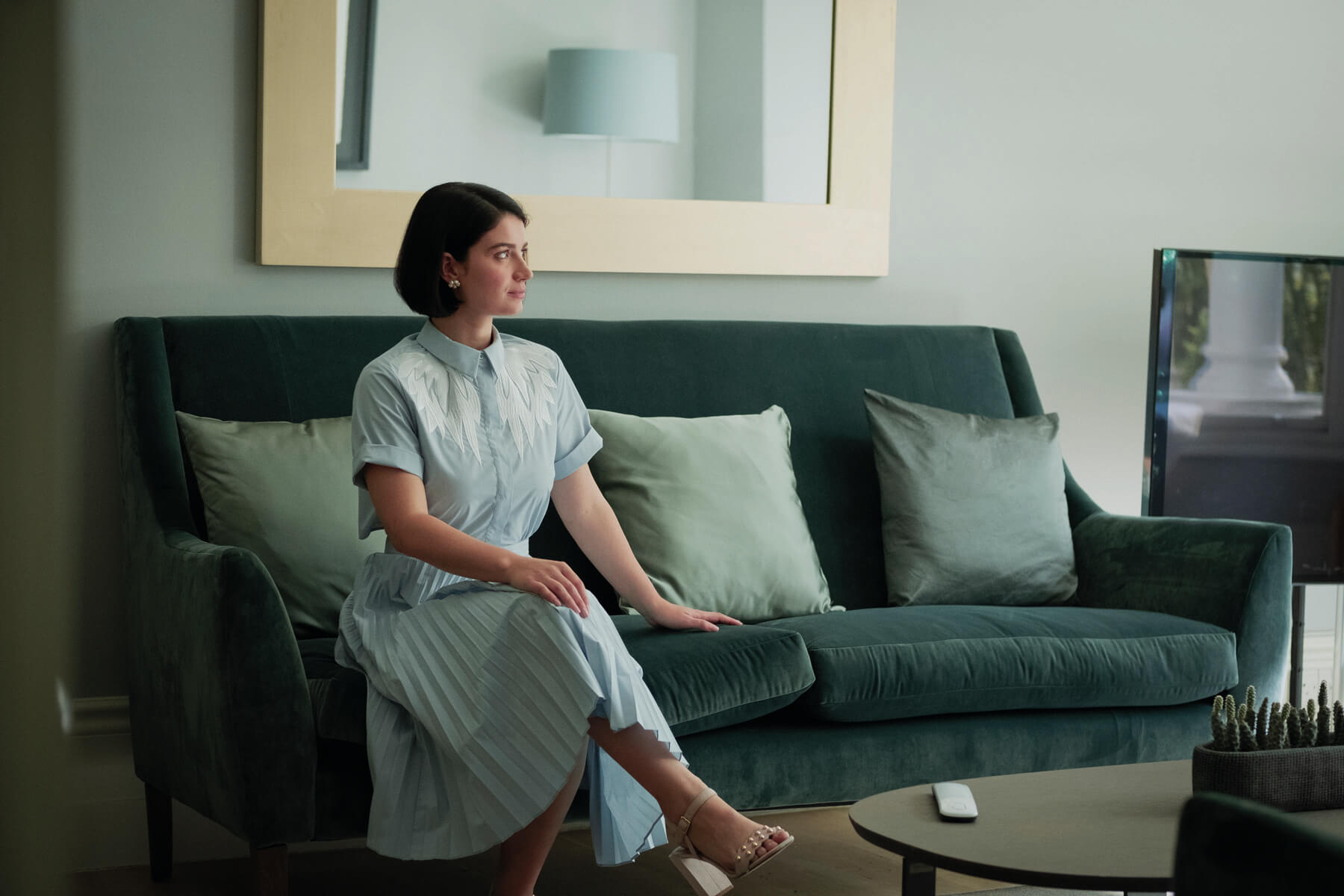 “The closest collaboration between myself and the VFX team was in the creation of the shimmers,” continues Wiedemann, referencing the floating orbs of ‘soul’ light that make a late appearance in the show to spectacular and story-altering effect.

“We had puppeteers with LED spheres on poles, flying through the house emitting light. To get the effect we needed, they were moving these orbs through space, creating shadows and casting hues on the walls. Often, the puppeteers would have to be secured on the dolly, either side of camera.

“Remotely controlled LED orbs were created by gaffer Chris Georgas, in different sizes and light outputs based on a given shot. Some were even attached to drones for the sequence where they fly across the fields surrounding the home. After that physical capture, the VFX team turned those orbs into the shimmers you see in the show.”

Upon reflection, there was one key starting point for Wiedemann. 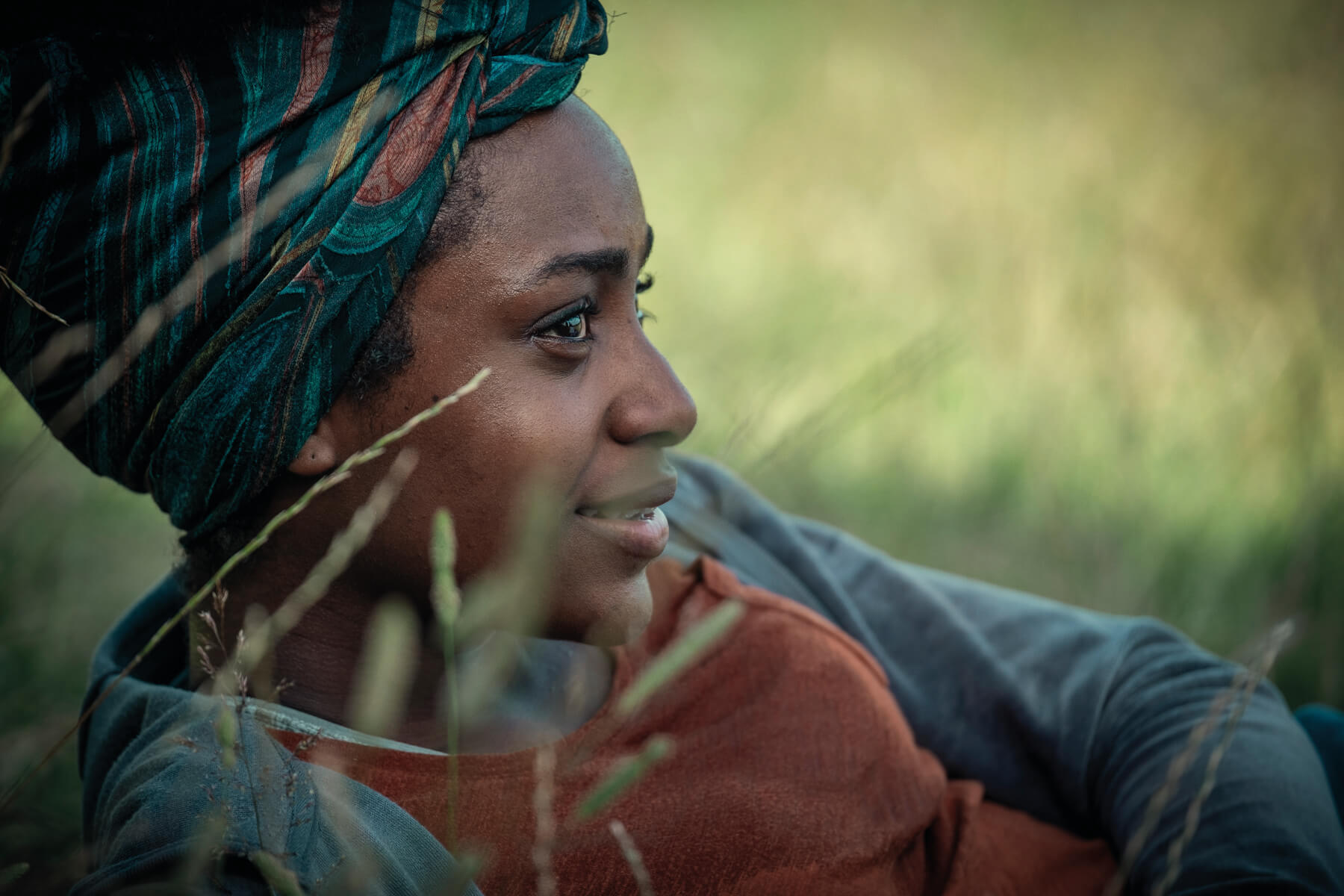 “The series begins with a date between two young lovers that establishes a tone, but you are subtly taken elsewhere. Everything about the show truly evolves and it was important we let the viewer examine that. But all of that, for us, began with the idea of clarity.”

Behind Her Eyes is now available on Netflix.

This feature originally appeared in the May 2021 issue of Definition magazine.

Behind Her Eyes
Cinematography 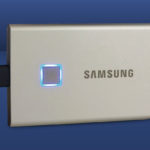 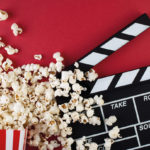 No recent innovation is as contentious as high frame rate technology. But can it...

The immensely popular Bosch saga has returned for a sequel series. For Jeremy Nelson...