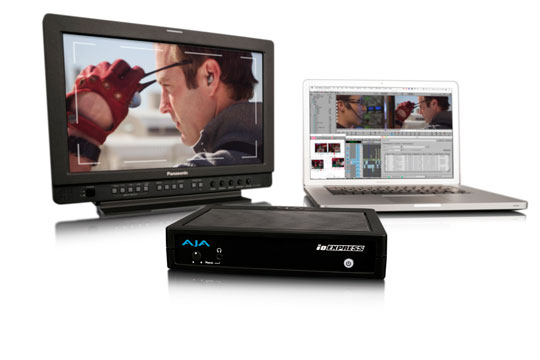 AJA’s IO Express now supported by AVID’s v5.5 softwareAVID chose to announce an update to the software of their major editing systems at Broadcast Video Expo in London. There were new versions of Media Composer with 5.5, NewsCutter with 9.5 and Symphony with 5.5. Perhaps a launch here makes way for 6.0 at NAB in Las Vegas in a couple of months time.

AVID explained the updates as part of an ‘ongoing customer request response for increased third-party support and more open workflows’ or in English ‘wish-lists’.

That includes technical and marketing support for AJA’s IO Express which has a wealth of help for those working with multi formats and frame rates. This adds to the previously announced support for Matrox MX02 Mini monitoring hardware (in Media Composer v5).

5.5 also has a seemingly much improved find function when you hit Apple F or equivalent PC stroke. The relationship with Metadata is deeper and uses filtering to find text and so clips that you want.

It also has a new function called Avid PhraseFind that is an addition to their already established ScriptSync, a Nexidia add-on that analyses audio phonetically. It even has a score column to rate it’s findings. Apparently anything under 80 out of 100 isn’t that useful.

New versions of Media Composer, Symphony and NewsCutter will ship in the first quarter of 2011 at £2095 for the professional version.

PhraseFind is an extra £395 which includes one language pack. Extra packs come in at £129 each. Interestingly customers buying PhraseFind from the Avid store http://shop.avid.com/store/home.do will be eligible for a complimentary upgrade to Media Composer 5.5. 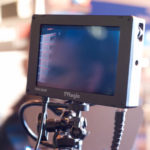 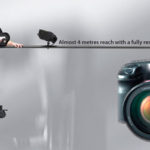