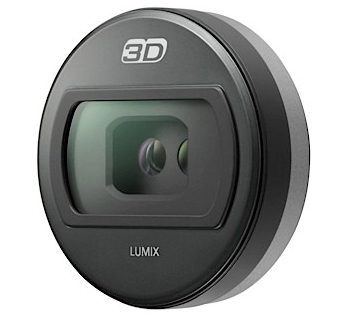 Panasonic’s GH2 DSLR launched at Photokina todayLast year, when we reviewed the Lumix GH-1, we remarked on the irony that the best AVCHD camcorder that Panasonic make is a stills camera. Perhaps that was a little facile, as the GH-1 doesn’t have a load of things that you would expect even on a budget camcorder, like power zoom, but the image quality was excellent. Panasonic obviously agreed with us, as they have just confirmed the first orders for the AG-AF101 – a ‘conventionally’ bodied AVCHD camcorder with a Four Thirds sensor and micro Four Thirds lens mount. Panasonic were careful to point out that it doesn’t use the sensor from the GH1 – but perhaps that’s because they have just released the GH-2?

The GH-2 plays on the strengths of the GH-1, and retains many of its weaknesses. You still get full 1920×1080 or 1280×720 HD – 1080 is 50i or 23.98p, 720 is 50p (woo-hoo – slow-mo!). The sensor is all new, giving 16MPixels for stills, and is contained in a Micro Four Thirds ‘SLR’ body, with interchangeable lenses. The GH-2 isn’t a true SLR though – the Micro Four Thirds system replaces the pentaprism/mirror box with an eye-level LCD. This makes the camera smaller and lighter and, as there is no mirror between the lens and the image sensor, allows the sensor to be moved forwards, again reducing the size of the body and making lens design simpler. The down side is that you don’t get a proper ground glass screen with which to view the world – probably not a problem if you are trading up from a compact camera, but pretty horrid if that’s what you are used to. There are advantages though – more on that later.

The GH-2 has a dedicated video record button like the GH-1Interestingly, the lens mount is compatible with Panasonic’s new (in fact, yet to appear) 3D lens. It appears to be for stereoscopic stills only, but who knows what firmware updates may bring to a camera body that can already record 50fps?

The kit lens supplied on the review model is a 14-42mm, f/3.5-5.6 – the GH-1 was generally shipped with the 14-140mm. The GH-1 was, however, also generally considered to be too expensive, so this may be a lower priced, ‘entry level’ kit. The lens, coupled with the in-camera software that corrects for distortions and chromatic aberration, produces surprisingly good results – remember that it’s designed for a 16MPixel sensor, so there is plenty of resolution for HD video (2.1MPixel). The controls aren’t great though, the zoom ring is about as smooth as the Pennines and the focus ring is an endless encoder – all fine for a stills camera, but not good for video.

One of the major enhancements on the GH-2 is the addition of touch control to the LCD. This has enabled a variety of user interface improvements – there is now a Quick Menu that provides a variety of context related on-screen controls, and the Display button can bring up basic camera controls – you can navigate these menus as usual with the joy pad, or simply poke at them with a grubby finger. My favourite feature, though, is the ability to move the histogram just by dragging it around the screen – it’s often useful to have it enabled, but it always seems to be in the way, so this feature is fantastic. In stills mode, you can take photographs using the LCD – just prod the thing on the screen that you want to focus on and expose for and the camera will also release the shutter.

The GH-2 records 1080/24p at 24mb/s improved from the GH-1Another one of my favourite features on the GH-2 is tracking auto-focus. Once you have selected where you want to focus, the camera uses image recognition to track that focus point, wherever it moves in the frame – it can even leave frame and the camera will find it again when it comes back. It isn’t flawless, but it’s pretty good, and works in both stills and video modes. In general, auto-exposure also worked well, though manual control is always available, though this also raises another problem for the videographer – the iris control is a thumbwheel on the back on the camera with pretty solid detents. You’ll see the exposure jump if you change the iris during recording, and you’ll hear the control if you are using the built in mics (though there’s a 2.5mm jack for stereo audio input if you need it – and you do!).

So, as a camcorder the handling of the GH-2 is flawed, which is a criticism that you can level at every video enabled D-SLR. However, like the GH-1, the GH-2’s greatest weakness as a stills camera is one of its strengths as a video camera – without an SLR’s mirror to flip up, the eye-level, LCD viewfinder is still active when you are shooting video. With the camera to your eye, elbows tucked in and holding the camera as you would for shooting stills, you can get very stable shots. Of course, the lens has excellent optical image stabilisation as well, so if you are caught without a tripod, you’ll probably get better footage from the GH-2 than from most other video enabled D-SLRs in its class.

The new imaging sensor produces great looking footage as well – I particularly liked the ‘Cinema’ film mode, which reduces contrast and produces a tonally rich, detailed image with none of the traditional ‘electric’ appearance of conventional video. However, it was annoying that, although there are separate menu settings for ‘film mode’ for stills and video, changing one also changes the other. Both highlight and shadow detail are rendered surprisingly well, given the price point of the camera, and the large image sensor (for a camcorder!) allows you greater control of depth of field (though you won’t get the amazing separation that the full-frame Canon 5D MkII provides). Although you can provoke ‘jellycam’ CMOS shutter roll with much camera jiggling and fast pans, you’ll hardly notice it in ‘real’ life.

The optional 3D lens for the GH-2The AVCHD video compression let down the old GH-1. At 1080 24p, the data rate has been upped to 24Mbps, which should improve matters, but compression artefacts were still apparent in some footage. To be honest though, your audience is going to be too busy going “ooh, ahh” at the beautiful tonality and colour rendition of your images to notice the odd ‘buzzing insect’.

EU tax laws still limit the GH-2 to recording 29 minutes and 59 seconds of video in a single ‘take’, but I wouldn’t find that too much of a limitation. In fact, the small size and light weight of the GH-2, it’s surprisingly good image quality, and some of the funky software features make this a pretty stand-out camera. If you can live without a ground glass screen, and if Panasonic address the price point issues that plagued the GH-1, then it makes an interesting departure from the ubiquitous Nikons and Canons. 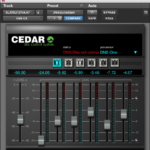 Litepanels has introduced its smaller version of the 2 x 1 Gemini LED light,...

ADAM GARSTONE reviews HitFilm's first venture on to the Mac platform after their recent...

You find yourself coming back to action cameras even if you might not want...

Ed Catmull, co-founder and president of Pixar, talks in his book ‘Creativity, Inc.’ about...
Read Here