High level DIT Joe Jamieson takes a look at a new media manager but finds something that may be late to the party and of more use to assistants and post houses.

As an all-in-one tool for basic media management I think Kyno is a pretty powerful little resource. Being able to view a whole range of media formats and define so many parameters makes it versatile and as a whole the application is nicely presented. The ability to create transcodes from within the application is a nice touch, but I feel it very much keeps its purpose rooted in basic file viewing and preparation.

The preview window is good but needs some work. Having the ability to also see a list or thumbnails of the files in the folder you’re currently working in, either under or to the side of the viewer, would make it much more beneficial and easier to navigate through the media you’re looking at.

In my line of work I wouldn’t have much use for it as I currently use applications that are designed from the ground up for digital dailies creation and acquisition, which I think is different to the avenue Kyno is aiming towards. Pomfort Silverstack, DaVinci Resolve and Assimilate Scratch can all read extensive camera and file metadata on a much deeper level from a whole host of cameras, with the latter two being able to transcode to a greater range of file codecs as well. Silverstack has very thorough reporting and export features within it that exceed the capabilities of Kyno in pretty much all areas. All these apps also offer the ability to colour grade the files you’re working on and export LUTs for post as well as take screen grabs as you go, which are all things I require daily.

Kyno feels to me slightly like a combination of both a media orientated finder and MPEG streamclip – offering the ability to sort through media and transcode it as you go as well as make notes that can be passed on to edit. It very much feels like your first port of call for this sort of workflow. Yet I don’t feel like it overly simplifies the process of sorting through your media as powerfully as applications like Pathfinder or has the ability to do everything you’d need all from within the app. Final Cut Pro X for example has an incredibly powerful media management system built directly into its editing capabilities for only £60 more. Highlighting that, it’s relatively expensive for what it’s offering, especially when alternative apps that allow you to manage all your media just as effectively are quite a bit cheaper (Pathfinder £30) or even free (DaVinci).

Ultimately it feels a bit late to the party when there are so many powerful media readers and organisers for this type of work already out there and in use in people’s workflows. There’s no real breakthrough feature that makes it stand out from the crowd in the area it’s aiming for as far as I can see, but I can certainly see it has potential to eventually become a very useful tool for the post-shoot process with some development.

It seems to me that Kyno would be more useful for edit assistants and post houses than it would be for me in my daily workflow. They might well see a lot more of the perks whereas from my point of view, I’m already using apps with more powerful capabilities that cater to my specific needs. 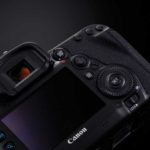 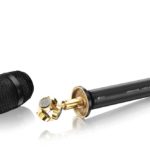 One hundred and two megapixels! That’s a hell of a headline for a stills...

DoP STEVE LAWES was chosen by Sony to test their 4K camera the F55....

If you are disappointed that the MacBook Pro upgrade doesn’t feature Broadwell processors, then...