Dawn over London’s Wembley Stadium shooting with M-XHelicopter Film Services’ (HFS) Director of Photography Jeremy Braben was invited by RED Digital Cinema (RED) to shoot some special Mysterium-X test footage. Jeremy asked me to supervise the modified RED One cameras and having seen some earlier tests in Los Angeles I was eager to get hands on.

The Mysterium-X or M-X is the first of RED’s new sensors destined for the new Epic and Scarlet cameras and can also be used to upgrade existing RED One cameras (currently US$ 5750 as an upgrade).

The M-X is a 5K Bayer pattern sensor. When used in a RED One camera the maximum recorded framesize is limited to 4480×1920 (4.5K WS mode). This is the mode we used, recording to REDCODE 42, RED’s wavelet based image compression at a data rate of 42MBps.

The shoot was scheduled for the first working week of January with results to be shown at the RED CML/ASC event to be held in Los Angeles a week later.

The plan is to shoot M-X demo material showcasing HFS’ RED ready Wescam for aerial shots with Pursuit Systems Europe’s (PSE) Pursuit crane on the ground with a sliver VW Touareg V10 4×4 as the hero car.

Jeremy and I liaised with RED over the equipment list and two M–X RED Ones and a complete set of RED Pro Prime lenses were dispatched from the USA to arrive with us in the UK on 4th January.

All equipment arrived safely despite some of the worst weather in the UK for thirty years. The gear check, including updating the camera firmware to the latest beta version went without a hitch.

The weather deteriorated during the prep day, resulting in the shoot being pushed a day. On shoot day we caught a break with clear sunny skies and deep virgin snow to play with.

First up are the ground shots with the Pursuit Crane. This is a fully gyro-stabilised robotic crane mounted on a black 400 BHP VW Touareg V10 4×4 with the M-X RED One camera mounted on a Stab-C Compact stabilized remote head. We fitted the new T1.8 18mm RED Pro Prime lens and went off shooting a whole myriad of moves.

Next up is the HFS helicopter, shooting the Touareg ballet below from the air using an M-X Red One in the Wescam stabilised mount with an Angenieux 25-250 HR zoom.

Finally we wrap the cars and setoff in the Helicopter to shoot the wonderful sight of a snow covered central London at dusk.

OBSERVATIONS
As someone who has been shooting with REDs since 2007, supervising them on features including District 9 and Green Zone, I am immediately struck by the lack of noise from the new M-X sensor.

The low noise of the new M-X sensor means that usable sensitivity is increased as the reduction in the noise floor significantly increases the useable latitude within the 12bit linear range of the sensor plus you can push images further in post. This reduction in noise also allows the image compression to work more efficiently resulting in
improved clarity of recorded images.

Finally a significantly reduced read/reset time leads to a dramatic reduction in rolling shutter artifacts, I did not see any problems on our footage.

The responses I have had from those that have seen our footage in 4K at the CML/ASC event on the new Sony 4K SXRD projector indicate that it looked great, high praise indeed from a tough crowd.

Thanks to Jeremy, RED and the rest of the crew for making the shoot possible. 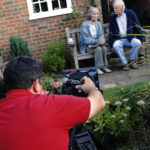 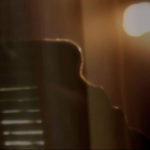