Frame grab from The Other Side Of My Sleep. Article by Phil Summers

I saw the images from the 5D MkII and was immediately seduced. I didn’t care that the ergonomics were uncomfortable at best, that the camera had no viewfinder, professional-grade exposure meter and at the time of purchase not even manual settings. I overlooked the heavily compressed output files and fixed 30fps frame rate even when in PAL mode!

All I saw was creative possibilities; a full frame 35mm 21.8 megapixel CMOS chip with interchangeable lenses in a body that could go places its bigger, bulkier cousins could only dream of. I went straight out and bought one!

My initial tests produced some impressive results – the 5D MkII loves the great outdoor light; a frosty morning on the River Deben in Suffolk and the west coast of Scotland yielded some beautiful images. The 5D reproduced an impressive tonal range in bright early morning sun and gave rich blacks.

It was about this time that Director Raffaello Degruttola approached me about shooting his micro budget short The Other Side Of My Sleep.

The Other Side Of My Sleep is a drama shot on location in Italy and London. Set in North London, a displaced Italian family struggle with the cultural differences and the need to belong. The film features Simone Lahbib, Camille Coduri, Gianinna Silvetti, Holly Davidson and Raffaello Degruttola.

Raff and I discussed using the Red Camera – I really liked the idea of Italian landscapes shot with anamorphics and suggested a set of Russian Lomos. Unfortunately, as it would have meant taking an extra assistant and a lot more equipment, there simply wasn’t enough in the budget and we decided to look at smaller formats. After a brief flirtation with shooting the Italian sequences in Pro8mm, I suggested my Nizo 6080 at 54fps for a visceral feel to contrast the smooth clean images from the 5D for the London sequences, we opted for the 5D for everything. The 5D’s stunning outdoor performance and the micro budget meant that digital won through. This is really where the 5D stands out, its so versatile and straight forward (especially with files that are transferred straight to a laptop) its hard to find anything to measure up to it simplicity.

Genesis Plus fitted the 5D out with 15mm support bars, matte box, follow focus and a shoulder rig for the Italian sequences and added a lightweight track and dolly, jib arm, monitor and lighting to the London shoot days. We decided to shoot the Italian sequences first and in true guerilla style put the kit in the car and drove to the Euro Tunnel!

Once we got to Italy the 5D really came into its own – our Italian actress Martina Cordecasa looked absolutely stunning in the dawn light and the 5D rendered some beautiful images.

I had the 5D mounted on a shoulder rig and its physical lightness afforded me the freedom to shoot perspectives that would have been almost impossible with a larger camera. It also allowed me to work quickly and make the most of the short window of soft morning light.

However the 5D’s lack of professional exposure metering is a significant shortcoming. I experimented with using incident and spot meters only to find severe discrepancies between what the meter said and where the image looked correctly exposed on the screen at the back of the camera. Next to the fact that there is no zebra, its all down to the eye, and when the ambient light levels are high the only way to work is under a black cloth.

The screen itself is beautifully sharp but don’t bank on all of the shadow information you can see on screen being there once the image is compressed into the H.264 file. I set my own picture style for the Italian landscape with the aim of making the whole image less contrast’ey’, knowing that in the grade I’d be able to manipulate the contrast curve to get exactly what I wanted in the final image. I went even further with that for the London interiors taking out all of the contrast.

The London location was a squeeze – a twelve feet by twelve feet room with one large double window. I don’t think any other camera would have been able to get what the 5D gave us within the confines of that space, its size and maneuverability allowed us to get dolly and jib shots into some incredibly tight spaces. To light the space I mounted fluorescent lights from two Polecats to create some balanced fill opposite the window to allow the actors to work and move around the space, and added mizars to accent small features in the room.

I used a 24mm-105mm Canon zoom that covered all our needs. I was initially concerned that this lens only went to T4 but with such a large sensor I think it was a blessing in disguise! Any less focal length would have left focus pullers Danny Spencer and Natalie Theobold with a real headache.

One of the most annoying things about the 5D is the 30fps frame rate and even more frustrating is Canon’s seeming reluctance to offer a 24p/25p upgrade well over a year after the camera was released, stating ‘sometime in 2010’ as an upgrade date. Fortunately this didn’t really affect this project as the film was edited in Los Angeles by Kristina Hamilton-Grobler in 30fps. Sound Recordists Robin Gerrard and Andy Paddon recorded the audio files onto a hard disc at 30 fps. In the edit Kristina converted the original files into Apple Pro Res, synced them to the audio files and edited the film in 30fps in Final Cut Pro.

The colour grade and online were handled by Pogo Films in Soho on their Quantel iQ system. Grading the 5D MkII footage was both inspiring and frustrating – some absolutely stunning images (notably the dream sequences shot in the Tuscan pre-dawn light) and some very obvious shortcomings. The most obvious being underexposure – if you shoot the 5D stay well away from it – with only an 8 bit colour depth and so much compression the 5D MKII image really isn’t very robust in the grade. When shooting HDCAM I’ve found the best exposure to be between 1/3 to 2/3 under exposed – my primary concern is to maintain as much detail as possible in the higher end of the mid tone range and highlights and this has yielded some fantastic results. However, if you work to this premise with the 5D, visible compression and noise soon start to creep in.

That said, the 5D footage maintained its integrity well having gone through the creation of VFX sequences at WJG Creative in Soho. WJG made a 3D wasp in Cinema 4D and composited on to the 5D’s HD footage in After Effects. The outputted files fitted very well into the Quantel iQ sequence.

Creating images on the 5D has been challenging but also a great deal of fun, I’ve been delighted and blown away with some of the images we’ve rendered and there has been several people who thought we’d shot the film on 35mm, a compliment that speaks for itself. In testing I came across the much talked-about rolling shutter and panning issues and they are a real problem, the image seems to stutter which makes the shot unusable. We had one particular instance with this when tracking, fortunately I saw the stutter during the take and we shot another to make sure we got a smooth shot but its far from ideal. Besides that one instance these problems never really came up again because I didn’t put the camera in a position where it creates these issues.

VIDEO – AN ADD ON

When critiquing the 5D MkII and listing the limitations it is important to remember that the HD video function on this camera was only ever designed as an add-on to a superb stills camera, and all of the obstacles that shooting video with this camera system bring up (like monitoring for example – only one HDMI output and if you monitor from the AV outlet you can view either the monitor or the screen but not both) were never really in the mind of the Canon engineers when they conceived this camera. There are myriad companies making and creating work-arounds to overcome these issues, which will only serve to make using them easier. The important point is that the sensor is just fantastic, if Canon can eradicate the shutter issues and give us a 24/25p frame rate in a firmware update, shooting with this camera would be a lot more straightforward.

This really is the cutting edge of image acquisition, with a sensor like the 5D MkII’s and the possibility of RAW output and a PL mount for high end lenses, the future is a very exciting place indeed!

Frame grab from The Other Side Of My Sleep 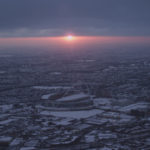 Out Of The Dark Ages 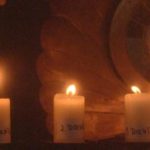 ‘My Garden of a Thousand Bees’ leads...

Dubbed the ‘Green Oscars’, the Panda Awards celebrate the best in the wildlife storytelling...