Don’t miss the deadline for the Vimeo awards. Get your video in by the end of July to win $25,000What started out as an idea to show off a film maker’s content has turned in to a worldwide centre for showing video content. In December last year Vimeo’s stats showed about 1.5 million registered users with about 14 million monthly unique visitors, pretty good you might say. However by the end of May this year they were up to 3.7 million registered users and just under 30 million monthly unique visitors. So not only do they have a healthy sign up rate but also ten times that many are visiting to take in the content.

Another interesting stat is that London at 6% is the biggest city consumer of Vimeo in the world making the UK second only to the US as the biggest Country consumer. Out of North America and Europe Vimeo isn’t as popular and register well down in places like Asia, they were blocked in China for a while but admit they need translation services to push on.

So what do we like about Vimeo? Well their mission statement from Marcomms Director Deborah Szajngarten gives you a clue: “Our mission is to inspire and empower people who make video. We are a service to video creators, we’re not television, we don’t want to be television, we don’t allow mass media distribution on our site. Part of our upload terms states you have to be the creator of that video in order to post it. We’re also very particular about not allowing truly commercial content on the site either. Although we allow you to have your showreel up but if you’re like Ford and you want to put up a TV commercial of your work you’ve got to pay us.”

These almost Reithian values are mixed with hard business sense although advertising is only exposed to visitors and non-paying users. But the one place they won’t sully is the player, “We believe what happens in the player is sacred. It’s all about what the creator wants and not what our advertisers want.” So they don’t have those annoying pop up ads as they do on YouTube and no overlay ads. They have no plans whatsoever to include that in the service.

“For free users we have one display ad per page which is off to the side and that’s it. When our upgrade to Vimeo Plus which is our subscription model and the other half our business model you don’t see display ads at all.”

Vimeo didn’t start out as an antidote to YouTube, they were actually out before YouTube anyway. Their vision of a place for creatives and peers to meet and swap stories was always going to be niche, it’s just a very large niche. The shining light mission statement is also underpinned by a philosophy of ‘brightness and positivity’ inherent in their site design and also filtering of ‘negative and hateful’ comments from this New York not Californian based company. “There is no negativity on Vimeo because we don’t allow it. We can’t police every single comment but the community does it for us.” This isn’t as utopian in practice as it sounds and there is plenty of debate around the site but backed up by this unwritten ‘anti idiot’ philosophy.

A sign of their maturity as a service is this year’s Video Festival and Awards to be hosted this October 8/9th in New York over 2 days (One of the judges is director David Lynch). The awards are cushioned in a couple of days of presentations, master classes and keynotes open to the public. At this year’s IBC Vimeo will also be presenting their services (proving how important Europe is to them) as a ‘kick-off’ for their festival. The top 20 finalists will be announced there. 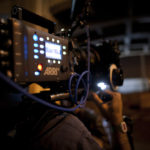 Multifaceted creative Matty Graham demands the most from his professional tools – with a fast-paced,...
Read Here