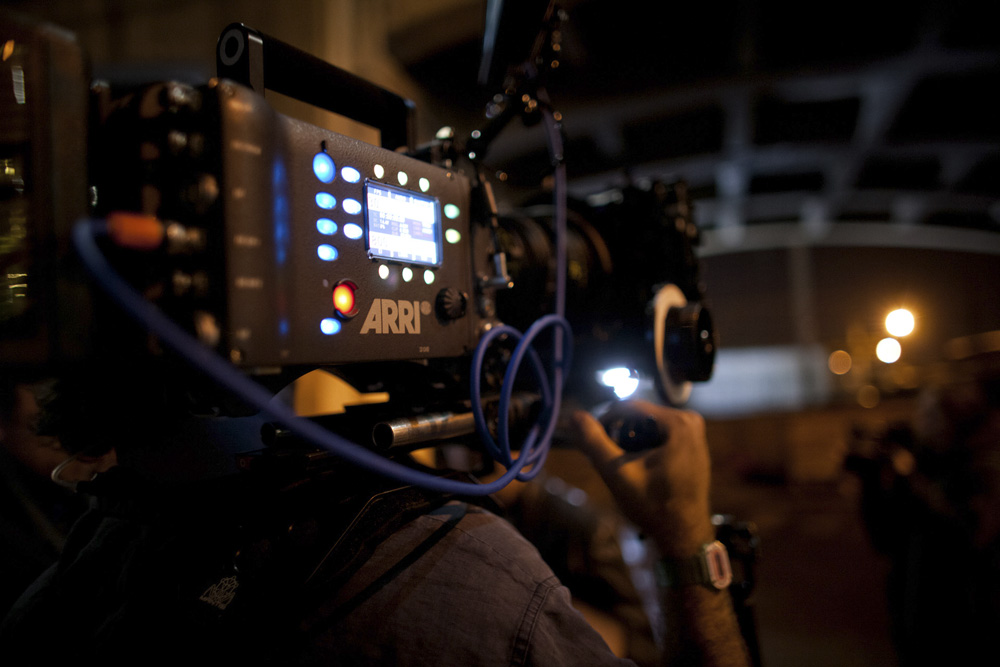 ALEXA ships in June as promised but without full implementation of ‘direct to edit’ recordingARRI today announced that it has fulfilled its commitment to ship the new ALEXA digital camera in June. Production ramp-up of the new camera is now underway, with initial delivery priority given to customers who purchased the flagship D-21 camera following ALEXA’s first unveiling to the market at IBC2009.

ARRI is also shipping, in-camera, all the required hardware expansion for its brand new DTE (Direct-To-Edit) capability, which through the use of APPLE’s ProRes 422 (HQ) and ProRes 4444 codecs allows high fidelity footage to be recorded onto Sony SxS PRO removable media cards, providing immediate availability of material into Final Cut Pro and AVID editing systems. A small number of Beta-test customers will pilot the DTE capabilities of the camera for a limited period of time to further evaluate performance and optimize the user interface for these new features. The full release of ALEXA’s DTE functionality will be made available to all customers as a firmware upgrade following completion of the Beta-test phase.

Co-incident with product roll-out is the pioneering use of ALEXA by PACE on the forthcoming 3D motion picture Hugo Cabret, directed by Martin Scorsese, which entered principal photography on the 28th of June with Robert Richardson ASC as cinematographer. PACE, an important technical partner for ARRI and the first customer world-wide to take delivery of ALEXA, is supplying cameras, lenses, stereoscopic systems and a new generation of 3D rigs designed around the camera.

Commenting on his investment in ALEXA, Vince Pace, CEO, stated “PACE is excited by ALEXA’s roll-out into the new age of stereo cinematography. Our commitment to the industry is centered around the fact that the new trend in 3D has to be built on a strong 2D legacy. ARRI has done just that, delivering a camera with both technical and creative performance that raises the bar for digital cinematography. For a DoP, the camera delivers on increased dynamic range and sensitivity to help make the transition to 3D seamless. For PACE, supporting a unique film like Hugo Cabret in 3D with ALEXA is important, and we are proud to be involved.”

Franz Kraus, Managing Director of ARRI in Munich, commented on the release to customers: “ARRI has delivered on its commitment to customers at IBC2009 – ALEXA is shipping in June, with an entry price point of EURO45.000 and with a rich feature list which today’s technology-savvy and quality-driven customers have fully embraced. With important reference productions such as Hugo Cabret and many accolades from industry innovators, ALEXA is now positioned in the market at the very highest level, offering unrivalled quality, reliability and performance at a very competitive price.”

Walter Trauninger, General Manager for ARRI’s Camera and DIS Business Unit, and responsible for manufacturing the ALEXA camera, added “Demand for ALEXA has been unprecedented and consequently we have been working hard to significantly increase our manufacturing capacity in Munich to deliver as many cameras as possible, as soon as possible, but without compromising quality. We still anticipate that it will take a short while to clear the current order backlog, but the wait will be worth it. ALEXA is a remarkable digital production tool.”

The adventure must go on! The compact and robust T7 Shield Portable SSD accelerates...

Faced with many hours of high-res files and a day-long turnaround, Will Fielding reached...
Read Here