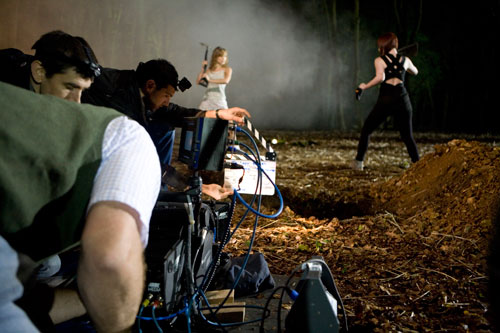 DoP George C. Palmer argues that there are no official qualifications for the role of the DIT and that opens the door for abuse

I know this will sound harsh for the non-technical/non DIT backgrounded folks, so I apologise in advance, but as someone to whom procedures like ‘modulated white shading’ and ‘back focus’ are simply basic knowledge and normal practice, I must say, that when procedures like this need to be discovered in places like the Internet on the job or from chat forums, it seems to indicate that there was no qualified DIT on the set.

If that is true, and it really is too true, too often, given that EVERY DIT training program teaches that all one has to do is to ‘learn the menus’ it is a sad statement of the state of our craft.

To be clear ‘menus’ are just software interfaces that have replaced all of those ‘pots’ and other controls that formerly existed on the electronic boards in all camera heads, that were too daunting for creative side folks (DPs, cinematographers, operators, ACs, colourists, etc.) to undertake; as a result camera ‘engineers’ were always employed to adjust and set up cameras using those ‘pots’ because they not only understand what the labels were on those ‘pots’, but precisely what their effect is on the ‘look’ of the camera.

The current corp of DITs does include precious few of those qualified camera engineers, most of the DITs in the pool do not have that background and fall on the side of the former creative side folks (listed above). This is not a condemnation of any individual, work category or an intended insult of either, or an attack on or defence of any job category just my view of the personnel landscape of our craft.

So having said all of that, I do wonder why our craft seems to believe that, just because a simplified software interface has replaced the myriad of physical pots and other controls, the qualifications for the person making the adjustments has also, somehow, been simplified. The truth is exactly the opposite. Even good video camera engineers have had to expand what they knew for TV video engineering to accommodate the more complex colourist picture requirements of digital film, and the film makers’ look requirements. So I constantly wonder why everyone, including our craft unions and the DIT training programs seem to purport that clearly untrained folks, from the point of view of the ‘science of imaging’ and camera processing that clearly must underline any creative tool, could replace an existing pool of technically trained engineer/colourists.
If we truly want the best outcome for our digital film, I believe that anyone who is in a position to affect the optimum performance of any camera used on that film, including HD and Digital Cinema, should have the proper background to actually assure that outcome.

Concerning the spate of instant DIT-dom that has erupted since the advent of HD and 24P. I think a look at the genesis of work categories in the camera craft might be useful in establishing a context for the creation of any craft position. Aside from the legacy issues associated with union ‘jobs’, i.e. family, friendship, favours, being a good person, and the myriad of ‘old boy club’ promotions, there actually is a basis for differentiating between jobs within a craft based on qualification. Mostly to guide those who need our services to the ‘right’ person for their job.

DPs, for instance, usually are defined by some unique combination of knowledge, experience, and leadership skill sets that imply ‘time-in-grade’ and time spent as an operator, AC and/or in lighting/electric, above average visualisation abilities that lend themselves to translating a script into a visual story, and an understanding of the elements of colour and light.

Does that mean that they are required to understand and know how to do such things as operate a film printer, drive a DaVinci, build, drive, and maintain a computer that runs Scratch or Speed Grade, calibrate a viewing room projector, calibrate a modern day film transfer device like a Spirit?

Some, of course, may, but most will not. So they depend on other professionals to do those things. Most reasonable film DPs communicate their vision to their timers and colourists, and processing professionals with, perhaps, on-set photographs, industry descriptions that imply visual directions such as visual effects like ‘bleach by-pass’, and with descriptions of desired saturation, density, over exposure and under exposure, brightness and darkness. Some of the most renowned movies ever made came from this process. With the advent of electronic cameras, many of those professional functions have been consolidated into the hands of the person driving the menu driven in-camera processing controls of modern HD and 24P cameras, the Video Controller or the DIT.

Would the typical DP simply reach in front of their colourist during a grading session and start driving the controls to get their look, or demand to physically drive the printer light console on a film printer, or insist on setting up the film processor and the chemical combinations at the lab to get just the perfect ‘bleach bypass’? Do they even assume they have the technical knowledge of all of those specific technologies to enable them to do so? Probably not. But do many current DPs, 1st and 2nd ACs, (and other even lesser technically qualified folks) aspire to do the exact equivalent of those things using the ‘menus’ of 24P HD cameras? You bet they do and many are darn proud that they did.

If that doesn’t challenge your sensibilities, let me offer you a somewhat hyperbolic, high tech analogy for parallel comparison. If a brilliant Physicist with broad understanding of the principles of propulsion, lift, atmospheric conditions, and even the design of air foils were to be handed a list of the controls in a Boeing 777 airliner, would anyone trust him or her, after a one or two day familiarisation session in the cockpit with a pilot trainer, to take one up with a load of passengers on the third day?

Not, of course, that DPs or DITs are, or need to be, rocket scientists or brilliant physicists, or even that we have life-or-death responsibilities, but we sure treat our jobs and our films with similar motivations.

The DIT work category was established, mostly by craft unions, to provide professional personnel to fill the one-stop-shop, on-set HD/electronic requirements of a professional who performs many of the formerly post-processing functions (listed before), for the digital image creation process. The term DIT and the job have been adopted in both union and non-union settings. But the problem is that no one, to the shameful discredit to our professions, has ever established ANY qualifications for the position, even though the DIT performs many of the functions of a camera engineer (VC), colour timer, colourist, HD technologist and film processor, that were formerly accomplished with the knowledge, experience, and vision of those folks who were required to actually demonstrate those professional attributes. But without any stated list of professional requirements, nor a requirement of proof of skills in performing any of those jobs.

And the result is that, based on my observation of current, normal practice on HD/24P/Digital Film productions, everyone in the camera department (and by extraction the entire production community) seems to believe that simply memorising the menus and some pre-production experimentation (sometimes referred to as camera tests) is adequate preparation for the routine on-set manipulation of those menus on a multi million dollar movie, many times to the actual exclusion of a DIT on the crew, and many times as a means of marginalising the DIT to the functional role of a 24 frame playback person or even to the role of their digital cable utility. The latter practice may even be the reason that so many under skilled DITs are even included and welcome on the camera crew.

So maybe these are just the ramblings of an old fart that has actually endeavoured to achieve professional status gained through the demonstration of professional practice, acquisition of knowledge, experience, and time-in-grade. And many might characterise me and other traditionalists like me as simply envious of the ‘new, young, aggressive’ breed of DITs. Or it may actually be a sad commentary on the state of our craft..

Many young, inexperienced, lightly qualified DITs (and Operators and ACs are, to their credit, eager and flexible folks who want to be part of a leading edge movement within our industry. Some actually want to learn all of the things that will eventually make them the professionals they hope to be viewed as. But that takes time, experience, and training. While many new, wannabe DITs (and Operators and ACs) pay bucks to attend menu manipulation seminars, my experience and many informal polls of those folks tell me that most would NEVER pay pennies to be trained in the actual technologies of the equipment that contains those menus. Simply assuming the job title, or attending one seminar, or pre-production experimentation does not instantly or automatically confer or infer the professional requirements of the job onto the ‘assumer’. 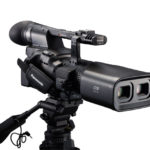 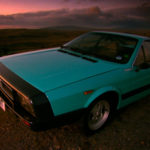