The VariCam series from Panasonic was used to shoot the new Netflix film, After Life, which features Ricky Gervais.

After Life is a Netflix original series from Derek Productions. Ricky Gervais is the creator, writer and director of the six-part series, with Charlie Hanson as producer and Ricky Gervais and Duncan Hayes as executive producers.

The series was filmed with two Panasonic VariCam 35, and a VariCam LT, alongside a lens package that included Zeiss Ultra primes and ARRI Alura zoom lenses, with the addition of a 12’ Jib Arm and a MoVi. The series made use of the camera’s dynamic range, filming in 4K HDR. This was utilised to enhance elements such as Tony’s disheveled character and his surrounding scenery, visually supporting the emotional journey depicted within the script.

Colourist Vince Narduzzo commented that “We can already see that 4K HDR is the future for the industry. In fact, there is a wider jump from HDR to 4K HDR than SD to HD. We were keen to create the perfect balance with the feature, and in the end found we had a lovely look and feel to the images, with all of the colours nicely separated. It’s pretty amazing when you see it.”

The versatility and flexibility of the VariCam range was beneficial on set keeping the pace up to a high standard for a comedy. Martin commented, “The VariCam series is a great one to use from the point of view of speed. Even more so than usual, comedy requires a fast pace for the actors to maintain their energy on set.” He also added, “With the VariCam 35, everything is right there in front of you, and in a simple push of a button you can quickly change menu settings and no one need know anything has happened.

Vince believed that “4K HDR is the future for the industry. In fact, there is a wider jump from HDR to 4K HDR than SD to HD. In the end found we had a lovely look and feel to the images, with all of the colours nicely separated. It’s pretty amazing when you see it.” Another benefit when utilising the VariCam range was its versatility and flexibility which made it quick and easy to use on set.

To edit the series, Vince Narduzzo utilised a new grading suite which was built to meet Dolby Vision certificate. This was equipped with an EIZO CG 3145 reference monitor, and a Nucoda Film Master with ACES grading system. Across the series, the AVC Ultra 422 codec was utilised.

After Life was released on 8th March and is available to watch on Netflix.

For more information about the Panasonic VariCam series visit their website. 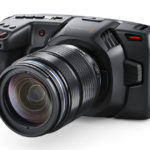 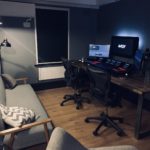