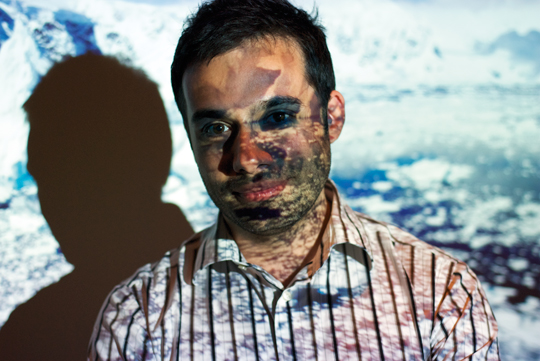 Abbi Adams, BBC ProducerAbbi freely admits that her route to where she is today was not a traditional one. She passed her Degree in Chemistry at Oxford and became a ‘Contaminated Land Scientist’. It was while she was working on the old Millennium Dome site that a JCB driver asked her, sarcastically, whether she’d wanted to be a contaminated land scientist since she was a kid – “It was a Eureka moment!”  Abbi realised that her passion was in drama or organising drama. It was through an online request for a four week internship with the BBC that she got a call, while later directing drama, to see if she wanted to become a researcher on Horizon. “They had remembered my Chemistry background and thought I could help.”  Through a rolling three month contract Abbi finally attained BBC employment status and is now a fully fledged producer.

‘I was always the Director when I was young, directing the thirteen year olds. In my last year of college I got back in to drama and almost got thrown off my chemistry course as I was doing so much! ” Within this parallel drama course Abbi realised that this was what she really wanted to do. But it was the directing side she really loved.

Ironically Abbi’s Mum had always thought she would end up at the BBC, “My Mum always thought I would be a researcher at the BBC. I had always railed against it because it sounded so boring. I envisaged sitting in a library going through loads of books, obviously you don’t do that!”

Best piece of advice? “Make yourself indispensable but also come up with programmes ideas all the time because that’s what people want”.

DoP Mark HamiltonFrom joining a photography club at school to pestering ex-BBC DPs to take him out on film shoots, Mark became a ‘camera runner’ or ‘camera trainee’ and essentially worked for, and learnt from, the Clapper Loader. Then at Northbrook College in West Sussex he studied for a Higher National Diploma in Audio Visual production. “I got my hands on video cameras, Super8 and 16mm film cameras and made lots of short films; some good, some atrocious but, nevertheless, my learning curves were now escalating”. He was then accepted on a Masters Degree course in television and video production at Bournemouth University.

“My first job as a fully fledged ‘broadcast’ cameraman was soon after graduating. I moved to London and a chance encounter with a news crew introduced me to Gerry Williams, who was then head of the camera department at Sky News. He invited me to an interview and insisted I brought a tape of my rushes so he could judge my ability and not any clever editing. I showed him some material from a documentary I was developing and fortunately he liked enough of it to put me on his freelance list.

“As much as I hated it, I loved it too. Nothing else sharpened my awareness, initiative and diligence like it. Often alone, I could be in the middle of a riot, first to a train crash or even waiting for the PM to talk down my lens for a ‘live’ interview. I had to be prepared for every eventuality, because I knew I’d only get one chance to get it right. The sense of relief and satisfaction afterwards was overwhelming and, best of all, I got to see my pictures televised the same day.”

Best advice? “Find work that can at least give you some income (News, for example), whilst getting experience in the more imaginative genres”.

Thomas Urbye from The Look LondonThomas’ journey was traditional, but feels fast tracked. This is down to the man himself who at the age of sixteen already had his own web site to promote his achievements. “I knew from an early age that I wanted something to do with production”. This took him to the Arts Institute in Bournemouth where he had to choose between sound or film production, he chose the later. Graduating he was offered a place at the BBC as an editor but also as a demo-er for Quantel, who make very high-end post gear. He chose Quantel and soon moved to The Moving Picture Company as a Quantel operator. Then to his own company The Look London.

At sixteen Thomas did an advanced GNVQ in Television and Video Production with associated media like newspapers and photography. Most of that was shooting with U-Matic, editing on linear tape suites. So rather than do A Levels he chose that alternate route.

“Working on those linear editing suites has really helped me, I was striping tapes then and I’m still doing it now with SR tapes! I did that for two years and had a really good tutor there which made a big difference and I decided by the end of it I wanted to go in to picture editing, rather than being behind or in front of the camera.

“I then applied for all the big courses, Bournemouth, Ravensbourne, Surrey, Northern and Farnborough. I got an interview for most of them and got offers from Bournemouth and Farnborough. My tutor wrote me a really good UCAS reference and it was that and the fact I had a lot of stuff on my showreel already. Stuff I had shot, edited, modules I had done. I think it was unusual for them to have a VHS with stuff like that on. No YouTube back them!”

Best advice? “Choose the right school with the right course. Also be prepared to specialise in a particular discipline”. 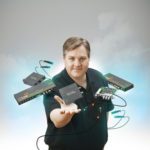 Moving Up To The RED 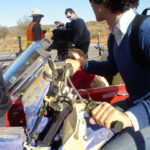