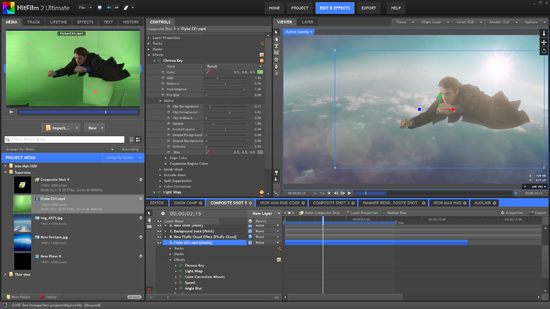 Screen shot from HitFilm 2 Ultimate – soon to be on your Mac screen.

JULIAN MITCHELL discovers a favourite software bundle with the YouTube creators and finds its new origin in the crowd funding juggernaut KickStarter.

The Kickstarter egg has hatched another piece of software on to the market with HitFilm, a video and FX editor, over-achieving its investment target (asked for £25k, got £40k and it closes tomorrow June 7th) and in doing so eliciting the promise of a Mac version from the inventors.

We all know about the promise of on-time software but the company promises that the funding will be used to “accelerate the product development and keep costs down so the company can retain the student friendly prices it is famed for, as keen supporters of the next generation of independent filmmakers.”

Joshua Davies, FXhome founder and CEO, said: “The news that George Lucas has chosen Britain for the next Star Wars film has given the UK’s creative industry a massive boost.  But if the industry is to continue growing we need to ensure our stars of the future can access the sophisticated software they need to help them develop, demonstrate their skills and ultimately get noticed.

“Traditionally those starting out couldn’t afford decent visual effects software, which easily stretched into thousands of pounds. This restricted many talented individuals to basic packages which allow little more than simple editing of holiday videos.”

Joshua added: “Having proved such a hit with PC users, we’re constantly being asked why HitFilm isn’t available on Mac. When we first developed the software Mac was in a transition period and wasn’t capable of handling HitFilm. “Now this has changed we don’t want young creators using Mac to be left behind.

With the original goal exceeded, ‘stretch goals’ have been added to bring more 3D models, stock lens flares, pyro effects and time lapses to the software.  “If pledges reach £45,000 the company will organise user events in Las Vegas and Amsterdam to meet as many of its American and European supporters as possible”. Pledges have reached £45k already.

Those who have backed the campaign will be rewarded with the HitFilm 2 Ultimate software on Mac as soon as it is released at a substantial discount of around £135 off the retail price, plus other unique, non-financial rewards.

Joshua concluded: “As HitFilm has developed it has expanded into a tool that is extremely powerful and of interest to semi-pro filmmakers as well. But that hasn’t meant that it’s moved away from its roots of being developed for the up-and-coming filmmaking stars of the future. We wanted to ensure this included Mac users as well and our fans have shown they agree. Whatever the final number, this is yet more proof that crowd funding is a transformative platform.”

For more information visit the Visit the Kickstarter website www.kickstarter.com/projects/fxhome/hitfilm-for-mac which includes the opportunity to try the software on Windows PC and links to tutorials on YouTube which showcase what the software can do.

The HitFilm 2 launch trailer can also be viewed on YouTube. 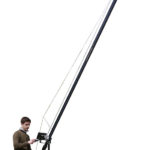 Drift Innovation Turn Their Camera In To A Dash Cam 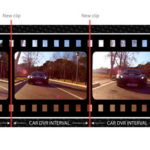