Does Panasonic’s new 3D camera remind you of WALL-E?Inition are a specialist 3D production company with offices all over the world, Andy Mills from the company hasn’t had any great experience with  Panasonic’s AG-3DA1 3D camcorder but does know a thing or two about making great 3D: “It’s an interesting little thing and people see it and think ‘Great I can shoot 3D, it’s got two lenses with a human eye distance apart, all my troubles are gone’. But it’s not really like that because to start with it’s a third inch chip so you couldn’t use it as a main camera for say Sky TV as it’s going to be pretty poor quality. It’s also a fixed distance between the lenses, we shoot from having the lenses millimetres apart for close stuff to metres apart like in a recent shoot we did in Africa where we went from 20mm where we got a tight shot of a Chameleon’s head up to 30 metres apart when we were doing big wide scenics of flowers.

“It would allow you to shoot certain things in 3D but you would be extremely limited and constantly having to be snapping back from things and not getting too close worrying that things that were further away would look flat.

“It only really fills a small kind of niche. If you had a particular shoot or a fixed position you may just find that it happens to be the right distance apart to work. But if someone bought one they’re not going to be able to produce much 3D if they’ve just got that camera. They’ll either produce 3D that’s too strong and won’t be allowed to be shown anywhere, if it’s going to Sky they’ll just reject it or everything’s too far away and it’ll be flat and they might as well have shot it in 2D. That’s the difficulty with it.” 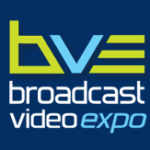 Broadcast HD Directly From Your Camera With CUBE 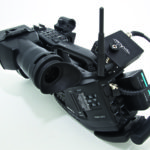