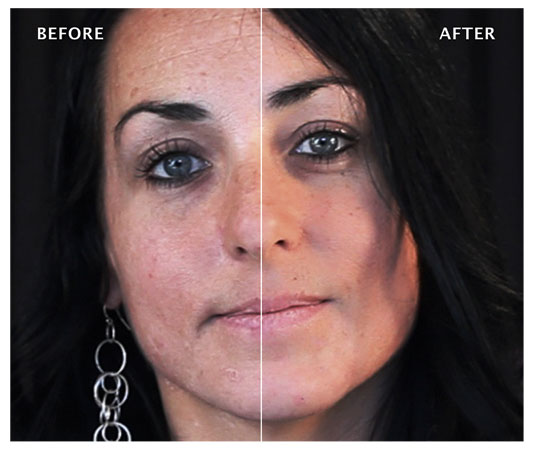 ‘Beauty Box’ a new FCP Plugin which could emulate Photoshop in helping ‘sex up’ celebs, all gradesAlmost from the invention of photography, people have manipulated their images. When it comes to photographing people, traditional ‘analogue’ airbrushing, and then Photoshop, have resulted in the kinds of glossy images we see on the cover of American Vogue.

A plug-in for FCP and After Effects from Digital Anarchy now brings some of the same tools to moving images, smoothing skin without pushing the footage into a rotoscoping application or tediously generating keys and tweaks in grading.

In Final Cut, you just drop the filter onto a clip that has some skin tones that you want to play with. Find a representative frame with the person’s face in and hit Analyse Frame. The plug-in produces a key based on the skin tones having recognised the face in the frame. You then get controls for Smoothing Amount, Radius and Skin Detail – increasing the radius will reduce the visibility of larger blemishes, amount is pretty self-explanatory, and skin detail gives you control similar to micro-contrast adjustment.

In most cases, this is all you need to smooth out any skin blemishes in your talent, however, if you need more control of the mask, you can generate it yourself, or tweak the automatically generated one, with colour pickers and the HSL controls. You can even add a mask generated in another application if you need ultimate control – just drop the mask video onto the dropzone in the filter control panel.

Beauty Box will smooth out pimples and mottling in skin, but deeper wrinkles and blemishes will still need rotoscoping. Nevertheless, this is a very useful plug-in for a quick fix where makeup wan’t used or just wasn’t doing the job – I can see it being used by everyone, from wedding videographers to feature film post. Within these limits, the results are truly fantastic, producing a subtle glow to skin without effecting the rest of the image. Digital Anarchy have just released an update to the plug-in which leverages the GPU to increase the processing speed – the original version was painfully slow. There are some slight problems with the update – occasionally the processed skin tones will flash grey for a frame or two. Hopefully this will be fixed soon, but it causes no problem with the final output render (and you can always turn off the GPU acceleration).

Someone once said of the celebrity photographer Mario Testino that no-one ever went broke making rich people look beautiful. Having Beauty Box in your arsenal will help you do the same. You can purchase the plug-in directly from www.digitalanarchy.com  for USD199.00. 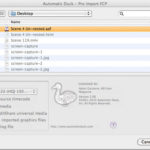 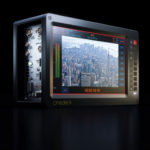 ADAM GARSTONE has been smitten with the new Canon XC10 4k camera but he’s...

Sennheiser has made its first Ambisonics microphone – making sense of this decades’ old...

If you are disappointed that the MacBook Pro upgrade doesn’t feature Broadwell processors, then...
Read Here