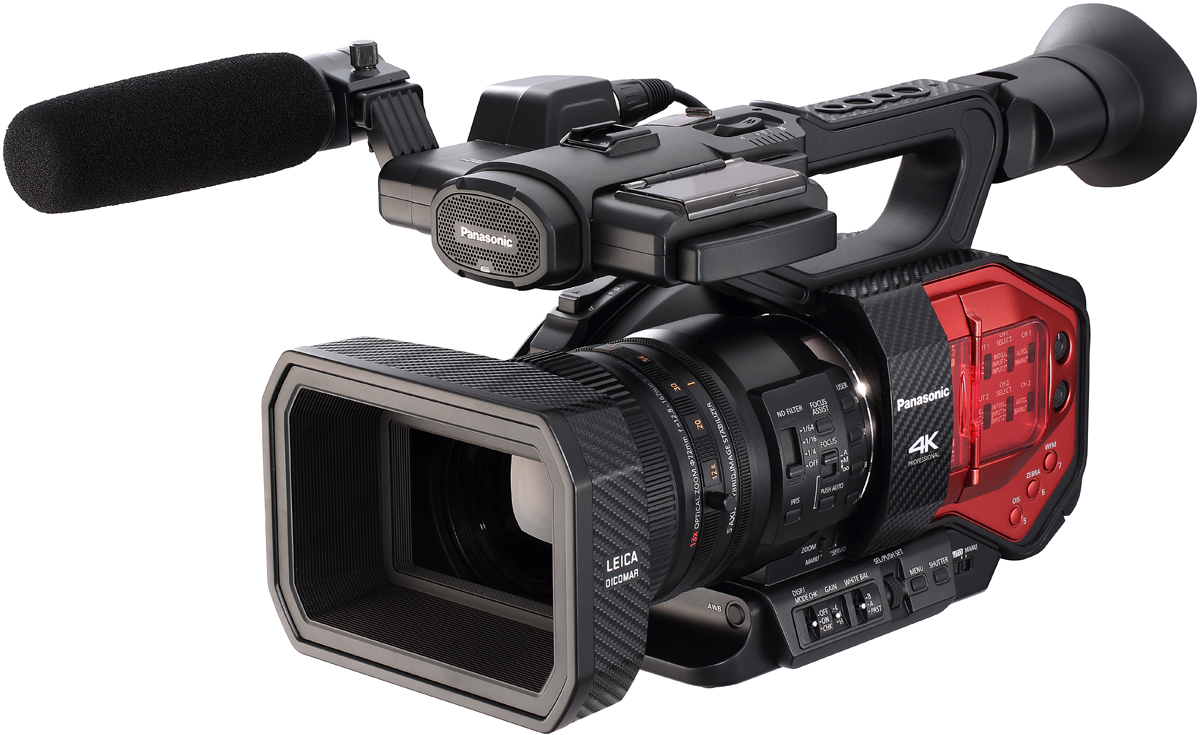 Panasonic, it seems, are big fans of Pimp My Ride. In that show, rapper Xzibit would pick a person to have their car ‘pimped’ by a custom body shop, West Coast Customs. Think lots of carbon fibre and a garish paint job.

Panasonic’s AG-DVX200, with its carbon fibre ‘effect’ plastic, and its metallic red styling, seems to be a pimped version of a really great camera, the DVX100 – a standard definition, progressive scan, prosumer camcorder that was used to film the live action basis of the Keanu Reeves film ‘A Scanner Darkly’.

It’s worth a brief look at how the sensor is used, before we get into the ergonomics of the camera. The Four Thirds sensor is 4:3, so each of the recording formats windows the sensor in different ways.

1920×1080 recording actually uses more of the sensor than any of the frame sizes above – at least up to 60fps – reading ‘approximately’ 5248×2952 pixels and adding blocks of 2×2 pixels together to form “superpixels”. Above 60fps the camera has to start using different windows and line-skipping to get the data off the sensor fast enough.

The lens has optical image stabilisation, as you would expect, and the sensor window is adjusted to adjust for X and Y shake, as well as roll, pitch and yaw from the lens optics. Except this correction doesn’t work if you are shooting 4k/UHD – I know its a hardware limitation, but that seems a shame on a 4k/UHD camera.

Despite the use of a lot of plastic, the DVX200 feels pretty solidly put together, as well as having some typically Panasonic design flourishes. I really like the shutter style lens cover on the detachable ‘matte box’ – no more lost lens caps – and the run/stop button on the top handle has a little sliding cover, as if it also releases nuclear missiles, so should not be pressed by accident.

The ‘Leica’ lens has a mechanical zoom ring (manual or powered) and ‘endless encoder’ type focus and iris rings. I usually hate these, but the focus ring in particular has a great feel and I found it was extremely fast and accurate to get good focus – aided by the excellent focus aids (of which, more later). Behind the lens rings are Panasonic’s usual set of controls, with ND (1/4, 1/16 and 1/64 exposure), manual/auto focus, manual/auto iris, manual/servo zoom and so on. There are four user assignable buttons here (and many more, scattered usefully about the camera’s shiny, red body) as well as the focus assist button. This is configurable in software, but the most useful setting enlarges the central portion of the viewfinder display, and turns on peaking. Best of all, you can move the part of the frame that is being enlarged, using on-screen controls or just dragging it about on the touch-screen with a finger. Just in case you didn’t notice that you are in focus assist mode, the edges of the frame turn red. Other manufacturers could do with implementing this (I’m looking at you, Blackmagic!). All-in-all, this is the best focus assist implementation of its type that I’ve seen.

There are two viewfinders – a distinctly average eye-level finder and an excellent, touch-screen LCD, which slips neatly into the front of the handle when not in use. The LCD has a resolution of 2.76 million dots and a diagonal of 4.3”. Touch response is good, though overall I found the speed of the user interface a bit disappointing – there is a noticeable lag between the menu background being drawn and the text appearing for instance. There are a couple of other annoyances as well. It is possible to display an on-screen waveform monitor, but this turns off all the other on-screen information. So you can use it to adjust iris, for instance, but you can’t see the f-stop you are actually setting whilst you are doing it. Grrr. Fortunately, there is a histogram function buried in the menus which doesn’t have this problem, so I simply reassigned the WFM button to turn on histogram instead.

There is also a sensor which turns off the LCD when you put your eye to the EVF. It’s irritatingly sensitive so, in a camera of this form factor which you are often holding in front of your body, it will flick the LCD off and on. You need to remember to swing the EVF up as far as it will go when you aren’t using it.

These small irritations are more than made up for by the other feature borrowed from the old DVX100 – the fantastic array of manual controls. Display mode, gain and white balance are all on proper, pro-style toggle switches, just where you would expect to find them. That focus assist button is fine where it is, but I also assigned it to the user button next to the zoom rocker where I could hit it without looking. Audio controls are comprehensive – there are two XLRs for external mic or line inputs as well as a stereo mic on the front of the handle, and the controls are hidden under the the pimped plastic panel on the side of the camera. One of the XLRs is on the top-handle, for a suitable camera-mounted shotgun mic, and the other is on the rear of the body, where it’s out of the way – for instance if you are using a radio receiver.

The DVX200 is not light, but it balances well with your hand through the grip, and the power zoom rocker has a pleasing and linear feel. There is a tiny zoom rocker on the top handle – next to the missile launch button – but it’s a simple switch with the zoom speed set in software.

That Four Thirds sensor is an interesting choice – large enough to get the benefits of bigger sensors (more light capture per pixel, shallow depth of field etc.) without the costs of a huge sensor, the lens to cover it, and the need of a focus puller when using wider apertures.

Entertainingly, the infra-red filter in front of the sensor can be withdrawn, at the touch of a button. The resulting low light (or IR illuminated) performance is great – and a lot of fun. I’m pretty certain that’s wildlife or obs doc productions will buy the DVX200 for this function alone.

With the IR filter back in place, the images the camera produces are very fine indeed. I’m sure the choice of recording to cheaper SD cards has compromised the CODEC bit-rates, but 100-150Mbit/s is good enough, and you are hard pushed to find obvious compression artefacts. The lens/sensor combination produces images of incredible sharpness, given the price of the camera. Leica only allow Panasonic to use their name if the lens passes stringent performance criteria, and I’m sure the down-sampling of a larger window of pixels to produce the final image boosts resolution as well. We didn’t have the camera for long enough to do a full suite of performance tests, but MTF scores at the centre of the image, mid-zoom and mid-aperture were so good we had to do the test again to make sure it wasn’t a mistake.

The only slight disappointment was shooting with Panasonic’s new V-Log L mode – intended to get the best of the 12 stops of dynamic range from the sensor. Whilst colour reproduction and dynamic range were fine, there was a lot of noise present. There is a very strong possibility that this artefacts were due to not having a Panasonic approved LUT for this ‘Lite’ version of V-Log (they suggest using the VariCam 35s V-Log LUT), as noise wasn’t as objectionable with the standard shooting modes. Panasonic’s V-Log L upgrade to the GH4 seems to suffer from the same issue. It’s also likely that selecting V-Log L turns off any in-camera noise reduction, which isn’t a terrible thing – I would rather do it in the grade where I have control.

In many ways, the DVX200 produces images not unlike the GH4 – which has many fans – but in a camera with exceptional handling for its class. At a street price of around £2800 plus VAT, you’ll forgive the few idiosyncrasies the first time you throw footage up on a 4k monitor.

And I’m not ashamed to say that I kinda like the fake carbon fibre, and the electric crimson panels.

The short corporate film below was shot with the DVX200, a typical market for the camcorder. 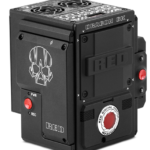 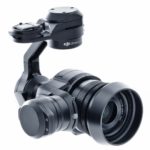