While waiting to see what the new Mac Pro would offer the creative artist looking for a graphics speed bump, ADAM GARSTONE persuaded a new NVIDIA Quadro K5000 in to his old Mac Pro and sat back while applications that were only previously gliding began to pin back their ears and fly.

I’ve been a fan of NVIDIA’s Quadro 4000 for Mac since it was released – amongst other things we use a rack of them to accelerate DaVinci Resolve – so I was pretty excited at the release of the latest Kepler architecture card, the Quadro K5000 for Mac.

The headline benefits of the new Kepler based card are 1536 CUDA cores and 4GB of GDDR5 memory with a bandwidth of 173GB/s. If that means nothing to you (nope – me neither) then we can talk about the four monitor outputs – two dual link DVI and two DisplayPort 1.2 with the latter able to drive a 4096×2160 display at 50Hz, with 10 bit colour  depth. There is also stereo 3D support, and all this at a reduced power consumption, which means quieter fans.

The Quadro 4000 manages to pack a lot of performance into a single width card. The K5000, however, is double width (not least for all those video output ports). This means, for instance, that it’s really only practical to fit a single card into your Mac Pro – so you’ll need an external PCIe expansion chassis if you want to add further cards for Resolve. Also, some PCIe broadcast I/O cards, like Blackmagic’s Decklinks, have a passive connector bracket to provide things like HDMI I/O. The Quadro 4000 left a convenient empty slot for this bracket, which is eaten up with the larger card. Small points, but worth considering before you upgrade an existing machine.

The K5000 is, of course, sold as a high performance, workstation class graphics card. You won’t see much more speed at the desktop – the standard Mac Pro cards do a pretty good job already – however, as you would expect, the K5000 supports CUDA and OpenGL, so any application that exploits their capabilities really flies.

Adobe’s Premiere Pro and After Effects (CS 6 onwards) can both be accelerated by CUDA, and it’s Premiere in particular that shows marked improvements. You have to do some jiggery pokery – adding the card to a couple of text files – as, oddly, Adobe don’t officially support it yet. On our test system, the Quadro 4000 managed to support three Basic 3D warps without stuttering whilst the K5000 managed four. Maxon’s Cinebench saw a 40% speed increase, whilst some 3D benchmarks showed a 100% speed improvement. In general, 3D showed more improvement than 2D – though the minimum was 20%.

It is certainly disappointing that, from the launch of the K5000, it took Apple over a year to incorporate the drivers into Mac OS X (you need 10.8.3 or above). I would image that their focus was on the new Mac Pro. However, the NVIDIA Quadro K5000 for Mac is an excellent, if expensive way to kick up the performance of an existing Mac Pro (we’ve changed all our hard discs for SSDs too), especially if you need multiple very high pixel-count monitors, or if you do a lot of CUDA effects or 3D. 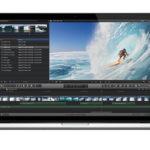 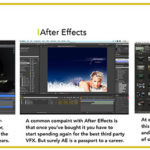