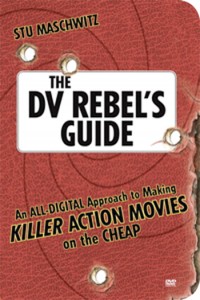 Mike Figgis is a noteworthy Director of movies like Leaving Las Vegas, Stormy Monday, Timecode and Internal Affairs but he is definitely not a Hollywood man. His book is presented in a small paperback format designed for your gear bag or for quick access. It’s not because the book is separated in to chiselled sections but mainly because Mike’s wisdom is. His words aren’t a cynical grumble on the Hollywood machines but as a shove against stupidity in film making. It’s clear that Mike loves the process of making films and especially cameras and increasingly digital cameras. One story about how in a major Hollywood film on a bright sunny day he was totally confused about how the lighting crew put up the biggest light he had ever seen when God’s light was so bright. It was that British sensibility against the madness of Hollywood that held the entertainment factor for me, but plenty of interesting gear talk too.

Direct Your Own Damn Movie!
By Lloyd Kaufman with Sara Antil and Kurly Tlapoyawa.
Focal Press – Available from Focal for £10.99
201PP with Filmography and Index

Where to start to describe the Lloyd Kaufman ‘schtick’. Maybe a quick look at www.troma.com (His film company site) and you will understand where he’s coming from as a film maker – Toxic Avenger and the like! This book is his advice on how to make your first movie but above and beyond that it’s hilarious and comes off the page like a stand-up performance, not unlike a paperback Mel Brooks. One example is Footnote Man, yes an imaginary voice as a Footnote. Loads of interviews from his peers with sometimes helpful advice but mostly just conversations. He takes you chronologically through the process with often scurrilous interjections from his life as a film maker. Thoroughly entertaining and one to dip and out of when your own project is getting you down.

The DV Rebel’s Guide
An all digital approach to making killer action movies on the cheap.
Peachpit Press – Available on Amazon US for £31.99
320PP with DVD including The Last Birthday Card short and ‘making of’ with his commentary and vfx breakdowns

Stu Maschwitz is a former employee of Industrial Light and Magic who left, soon after working on The Phantom Menace, to form a new post house called The Orphanage. Well that’s his day job, in his spare time he champions the guerilla or rebel film maker. In his ‘The DV Rebel’s Guide’ Stu, as I feel I can now call him, pours out everything he knows about making movies in the best and cheapest possible way. Everyone who has had even a small notion of making some kind of movie production should read it because it is a film school course in the form of a book written from someone who breaths film making and is quite willing to pass on his film making secrets for the greater good.

You would be wrong to label him as just a post guy even though that where he makes his living, but he is also an obvious fan of the acquisition end of things too. The main theme of the book seems to be rebellion as the title suggests as Stu is always backing the small guy against the Hollywood elite. He goes on about Production Value and how certain ways of working can keep your production value strong enough to fool people in to thinking they are watching a movie with a much bigger budget. He admits that he wanted to make his own movies because the shorts he had seen at festivals didn’t seem to have ‘entertainment’ as their watch word. Entertainment for Stu is based on lots of guns, car chases, visual effects and breathless story telling.

The book is linear in its contents as far as making a movie is concerned and covers not just the production but also storyboarding, scheduling and of course script writing. Stu is also not precious about his art and concedes that the sound is more than 50 percent of the effect of a movie – a well know Lucas Film mantra.

Chapters include extensive advice on how to plan your shoot which seems to be where most effective cost cutting can also be planned for, but Stu is always advising you to be prepared to run out of the door if a shot presents itself. For instance he needed a shot of some fire trucks outside the apartment in his first short The Last Birthday Card. The apartment in the short was on fire and the trucks had to be arriving to deal with the fire. He soon realised that the fire station on the same street practiced every Friday and he was able to get the right angle for a truck to be driving slowly passed the apartment. He later composited fire and smoke to be coming out of the apartment’s window.

You’ll find plenty of reference to movies in the book and lots of analysis of certain scenes which he picks apart so you can recreate similar ones with his advice. There are also frequent Jargon busting paragraphs again to bridge the gap between those who are in the business and those who want to be.

You can tell when the VFX chapters hit that here is where Stu is most comfortable but he is careful not to alienate the audience and walks you through much of the process. The accompanying DVD was a disappointment as it didn’t seem to have a lot of the files promised on it but maybe that’s a territory thing. However it does include The Last Birthday Card with a commentary track and VFX breakdowns 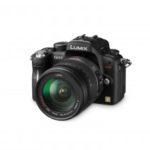 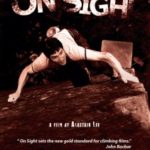 Ed Catmull, co-founder and president of Pixar, talks in his book ‘Creativity, Inc.’ about...

HP's new generation of Zbook, the G2, has expensive options but all the modern...

For those stuck in a studio for hours at a time it's a necessity...