The art of digital gelling

Ghost in the Shell took digital gelling to the extreme using a six channel lighting desk to mix 60 different lights.

When we caught up with Rich Pierceall (pictured left) at this year’s NAB he conceded that the lighting industry needed to learn more about colour. It’s the kind of sound bite that is common with the time squeeze on the busy floors of this gigantic broadcast event, but we promised we would catch up with him at a later date to put some relevance to his show words.

Cineo is only five years old but the company is already renowned for its remote phosphor range of lights which in turn are known for a beautiful soft light that ‘wraps around’ like no other and a light that lasts with negligible colour shift even after 100,000 hours of operation. But colour is the new kid in town and CineoColor LEDs are here with nearly identical spectral characteristics and stability.

We asked Rich how he was dealing with such a large shift in his industry. “It’s the brave new world of saturated colour,” he states. “There’s been a lot of retooling and a lot of effort in getting ourselves into a place where we’re experts in colour theory. It’s interesting as the younger guys are getting it, but the older guys still want to hang a Skypan and a 5K and still want to use a 6K Spacelight. Colour theory to them is a Lee gel.”

You can understand that a conversion from some kind of white light to a light that offers a full gamut of colour might take some time and Rich knows that the user interface that gently gets you into colour is perhaps initially the most important thing. “We want to make full gamut colour approachable, using terms and controls that allow people to easily approach it. There are lots of technical challenges in building a gamut and making sure that gamut matches the camera gamut, working in primary and secondary colours. We want people to venture in this direction without being overwhelmed by it. We want to make it simple.  Let’s hide the science behind a simple user interface.

“We’ve built our reputation on big, bright, colour-accurate sources. In terms of white light spectrum I know we’ve done a good job of that, but now people are starting to work more in a digital gelling domain, we want to carry those tools also. I see it as a layered approach – let’s give you enough great white light and then bring these other new technologies forward, like saturated colour and a few other things we’re working on. The new stuff that we’re doing now includes 1200W of LED power which is a lot. But we’re getting a lot of take-up with that as we’re building it into a source that’s big enough.”

Cineo Lighting’s immediate future is obviously replacement technology for what’s already out there. But there is a certain amount of conversion education needed which it is in a great place to do. “For us to build big bright lights is the same reason they were building them 20 or 30 years ago. You want to increase the range of motion as much as you can and that takes large soft sources. That’s at the core of what we do.”

Getting spectrum analysis from digital cameras was never going to be as easy as speaking to your contact at Kodak or Fujifilm. Getting basic technical information of sensor performance, let alone detailed spectrum analysis, is almost impossible. So lighting companies like Cineo, especially in a crowded lighting market, have to innovate. “We have always been an innovation company; we’re a Silicon Valley brand and have always felt that if you don’t innovate you die. To be honest, it hasn’t been a big stretch for us to change and push the emerging technologies. We’re only five years old,” continues Rich. “We’re not carrying the same amount of baggage that, say, a 30-year-old company is. It hasn’t felt like a lot of heavy lifting to us, it’s just felt like an innovation task.

“It is more difficult to get hold of the camera data now. Anyone who is serious about building lighting for our industry needs to be able to pair the image capture with the lighting. Being able to match the gamut is an important step but there’s more innovation coming than that, like synchronisation with shutter which is a holy grail that a lot of people have been looking at for a while. We are well down that path and will probably have product that more tightly integrates camera with lighting next year. We’ve had a lot of help there with our relationship with NBC Universal; it’s very focused on becoming a technology-leading studio and it is working closely with us on a lot of those innovations.”

Rich likes to see all this new technology as a layer cake: the white light is your base layer, the digital gelling is the top layer, then further innovation is the icing. “One of the things we’ve never had before that LED provides us is to instantaneously change the light settings of any source. I could sub-sample a particular shutter opening ten times if there was value to that. LEDs are almost instantaneous, so it gives me the ability to use one lighting set-up for frame one and frame three and frame five and frame seven and then use a different lighting set-up for frames two, four, six and eight. That’s a really primitive example, but it gives me a lot of interesting concepts so, for example, one could light the subject in frames one, three and five and light the green screen in frames two, four and six and not concern yourself at all with any blue or green bleed.

“Other really simple examples are paparazzi shots which are always a pain to do because you never know if the light was on when the shutter was open,” explains Rich. “Or being able to get different looks on set, such as when you’re cross shooting, when you’re always trying to light for everything being ‘kind of OK’. But if you could light for the establishing shot, the two shot, then you could light for each of the cross shots independently and be able to get perfect exposure on all of those. That would be useful.

“These are some of the ideas that we’re exploring in terms of synchronisation of shutter.

“So synchronisation of shutter, synchronisation of gamut to make sure that the colours you are producing are within the spectrum of the sensor – that’s really important stuff. There are a lot of areas of potential innovations for solid state lighting in our industry and we’ve just begun to scratch the surface.”

All this talk of innovation in solid state lighting is in itself exciting but it’s really only the top end, the top 5%, that will innovate like this. Rich has to also look at converting the bigger market, hence his relationship with NBCUniversal.

“There are guys out there doing some really interesting, innovative stuff, pushing the manufacturers to give them more and better tools. Ghost in the Shell lighting design by DOP Jess Hall is one example of that.

The current move to saturated colour in lighting almost reminds you of when the Digital intermediate process began and movies started colouring up for no apparent reason; George Clooney’s O Brother, Where Art Thou? with its sepia tint throughout comes to mind. But perhaps the lighting world has a more pressing problem? What is a lighting design when camera sensors are seeing what we see? Is the art of lighting then one of purely embellishment and character lighting?

“A friend of mine, an A-list gaffer, was doing a camera moonlight test shooting at ISO 5,000. They were using no artificial light and were seeing beautiful night images with no noise. They were amazed at the kind of images they were able to pull with simple moonlight.

“I’m a lighting guy so I’m going to say this: it’s the lighting in the glass that really makes the difference. The fact that the cameras are getting more, let’s call it transparent, adds a better dimension for cinematographers to take advantage of low-light situations. By the same token we’re always going to be striving for better lighting tools and better glass.” 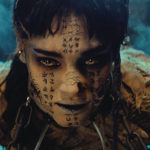 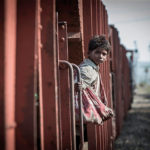