Technicolor has announced that they are to start HDR grading at their LA facility and have a tone-mapping plug-in for grading gear.

Technicolor’s services to content creators has  now been extended to add HDR (High Dynamic Range) mastering for movies, TV shows and commercials. Technicolor are, to a point, playing catch-up with HDR as Dolby has already signed grading gear manufacturers up with their mastering plug-ins and has already announced tie-ins with TV makers like Vizio for their VIZIO Reference Series 65” and 120” Ultra HD Full-Array LED Smart TVs. A recent Dolby announcement also mentions an initial slate of Warner Bros. 4K Ultra HD Dolby Vision titles confirmed for distribution via VUDU and Walmart’s video.

But HDR is new for everyone and Technicolor are signing up the same manufacturers by licensing an Intelligent Tone Management plugin that will enable broadcasters to create HDR content in their own facilities.

HDR is a standard feature of UltraHD Blu-ray, part of the Ultra HD specifications to be determined by the UHD Alliance and under consideration for the next generation broadcasting standard ATSC 3.0.

Technicolor’s and other’s HDR grading services expand the dynamic range for an increase in video quality that more closely matches what the human eye actually sees. The result is a more realistic, immersive cinematic experience with greater depth, richer colours and more details in both the shadows and highlights.

HDR colour grading services will launch at Technicolor facilities in 2015, beginning in Los Angeles, and will include a range of solutions and budgets for both existing libraries and new content creation from camera captured RAW content.

Like Dolby’s plug-in the new Technicolor Intelligent Tone Management plugin will give broadcasters and content owners options for producing HDR content by analyzing video content in real-time and providing colourists with direct control of luminance in the shadows, mid-tones and highlights for a level of control for grading both HDR and Standard Dynamic Range (SDR) legacy content. The plugin will be licensed by Technicolor across multiple popular colour grading platforms including Autodesk’s Lustre and Blackmagic’s DaVinci Resolve. An OpenFX version of the plugin will also be available, enabling use across all platforms that support the interoperable plugin format.

“We’re excited that Technicolor is offering its many years of colour science and grading experience to our DaVinci Resolve customers via its Intelligent Tone Management plugin,” said Grant Petty, CEO of Blackmagic Design. “Demand for HDR content is growing and we’re seeing the community embrace it’s power so this is a perfect time for the launch of a Resolve plugin to fully explore the new medium.”

Technicolor is also developing a UHD, High Frame Rate (p60), HDR set-top box. Designed for pay-TV operators looking to leverage the benefits of UHD, the box will decode both HDR and SDR versions of the same content using Technicolor’s backwards-compatible, single-stream HEVC solution for HDR delivery. With this solution, operators will be able to deploy a single set-top box to consumers that will accommodate both current SDR signals and the transition to next generation video technologies.

Dolby Laboratories and The Walt Disney Studios today announced that Disney’s Tomorrowland, in theatres May 22, 2015, and Disney•Pixar’s Inside Out, in theatres June 19, 2015, will be the first Dolby Vision titles to be shown at Dolby Cinema locations around the globe. In addition, Disney’s The Jungle Book, due out April 15, 2016, will also be presented in Dolby Vision, with more titles to be announced. 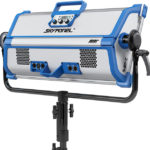 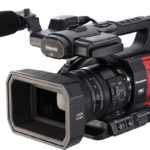