Development of this first phase is shortly due to commence after the company secured a new £135m funding package from a banking syndicate led by Lloyds Bank Commercial Banking.

as a result of Phase one

Development of this first phase is shortly due to commence

after the company secured a new £135m funding package from a banking syndicate led by Lloyds Bank Commercial Banking.

The funding, which includes a £100m term loan and a £35m revolving credit facility, will also enable the business to refinance its existing borrowings.  RBS, HSBC and Barclays are the other participants in the banking syndicate.

As well as contributing to the growth of the UK’s successful screen-based industries, this scheme will, once fully developed, create over 3,000 new jobs and provide £194m of private sector infrastructure investment in the region.

Pinewood continues to deliver strong financial growth, post-tax profits increased by 130 per cent in the six months leading to September 2014, largely due to increasing demand from filmmakers. Overall revenues grew to £38.5m, a total increase of £2.3m from the same period last year.  Recent productions have included,  Star Wars: Episode VII: The Force Awakens; Avengers: Age of Ultron, Alice in Wonderland: Through the Looking Glass  and  Cinderella.

Commenting on the transaction, Chris Naisby, Finance Director at Pinewood Group plc, said: “For almost 80 years our studios have been home to some of the most iconic films and TV shows ever made. We are looking to remain at the forefront of the industry by expanding our facilities to meet demand.

“For the future of such an ambitious project it is vital to secure the right financial package and the support of the right banking partners. This is exactly what we have achieved. We can now look ahead with confidence as we seek to build a state of the art studio complex – ensuring that Pinewood maintains its position as a global industry leader.”

Declan Mulcahy, Relationship Director at Lloyds Bank Commercial Banking, Technology, Media & Telecoms Team said: “Pinewood has been a valued client of ours for over 10 years, so we were keen to support them in delivering one of the most significant investments the UK’s creative industries has seen.”

Nick Hughes of Lloyds Bank’s Strategic Finance team added, “Pinewood is a truly international brand that drives investment into the UK, and this new development will only reinforce its importance as a global centre of production for the screen industries.” 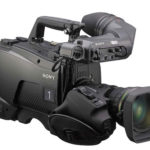 Canon Announce Their C300 MkII For the 4k World 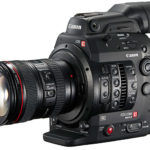