NAB 2013: EditShare To Show Lightworks for Mac At Show

Posted on Apr 8, 2013 by Definition Magazine

EditShare will show the highly anticipated Mac version of Lightworks for the first time at NAB 2013.

Lightworks for MAC at this year’s show.

Lightworks has been redesigned to work on Mac OS X, making it the first professional NLE to be tri-platform (Windows, Linux and Mac).

NAB Visitors to the EditShare stand at (SL9010) will be treated to a demonstration of the all-new Lightworks Mac OS X version, followed by a Q&A session in the stand’s theatre area hosted by Scott Hill, long-time Lightworks user and renowned Hollywood editor.

Scott Hill, whose well-known body of work includes Zookeeper and Bruce Almighty, believes the new version will have a big impact: “Introducing Lightworks as native software on Mac will be a game-changer in Hollywood,” said Hill. “Professionals will once again have a legitimate and powerful option in choosing their editing system, since so many facilities are outfitted with Macs.”

Matt Sandford, Lightworks worldwide product manager, said: “We’ve been working hard behind the scenes to develop this new version of Lightworks. We’re excited to be at the stage where we’re able to demonstrate it to our community of editors, whom we know are eager to see it in action. Mac users can now enjoy the lightning-fast editing capabilities of Lightworks, currently being enjoyed by Windows users. Very shortly we’ll be able to announce when the Mac Alpha program will begin.” 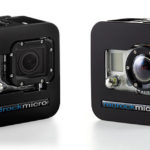 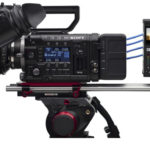