After many months of research, Marco Solorio of OneRiver Media decides to finally upgrade the master edit suite’s Mac Pro tower with new hardware to aid in the ever growing need for more power. Is this silver cheese grader of old still worthy of such a task?

When the Mac Pro Trashcan was announced in 2013, I was pretty impressed with how much power was crammed in such a small package. But like many people, I was hesitant to jump on board. For starters, the configuration I’d need (want) would be upwards in the $10,000 zone. The last time I dropped $10,000 on a computer workstation was back around 1996 on a Daystar Genesis MP800+ (a quad 200Mhz CPU Mac clone, at a time when clone makers were running performance circles around Apple).

The next problem was the lack of upgradability in these little black cylinders. The lack of PCIe slots is a big problem for us, as are the non-upgradable graphics cards. Yes, those dual ATI cards pack a punch… for the time being. But frankly, I’ve always been a fan of Nvidia cards, so the ATI cards aren’t a selling point for me. The Thunderbolt integration is fantastic (something I wish the Mac Pro tower could do), but even the Trashcan’s thunderbolt has limits with regard to using a PCIe expansion chassis. All in all, the lack of upgradability with these new black Mac Pros has always been a big red flag.

So what about a Windows solution? We actually have some Windows boxes in our facility and I’ve never been opposed to using the Windows platform. I do however have a number of software licenses that are specific to Mac and in preference I’d rather stick with OSX. I admit, many of these licenses are starting to become floating, in that they can cross between platforms if need be. In the end however, I do prefer the Mac operating system if given the choice.

So this leaves a final alternative: upgrading our existing Mac Pro tower. Even just a year ago this was a fairly expensive option but prices have really come down and computational power has increased. It just made the most sense for us to go this route, as this would allow us to keep our PCIe slots and continue to expand our GPU power as technology grows.

This 12-core CPU upgrade (and the GPU upgrade) were the main reasons for making the decision to even upgrade in the first place. With prices having dropped on these CPU upgrades, it made sense to finally bite the bullet. My friend and super nice guy Erik Naso did an incredibly detailed how-to blog post on this very upgrade and I advise anyone interested in performing this upgrade to check out his blog post. In short, this upgrade bumps up the core speed of the Mac Pro 4,1 (early 2009 model) by leaps and bounds. And at $550, it really seems like a no-brainer.

The 12-core CPU upgrade is only part of the equation. With the Titan X GPU upgrade, the system starts to become a true workstation to really churn through computational intensive processes. I almost opted for a standard Titan X card (B&H, Amazon), but I decided to go with the Mac-flashed Titan X cards that MacVidCards modifies and sells. This allows the boot screen to function as well as a few other tasks. One of the biggest selling points about this card is that it can use the Mac Pro’s existing power supply, rather than investing in external (and sometimes messy) power supplies. Although I was eyeballing the Titan Z (B&H, Amazon), that card hogs up 3 PCI slots (and requires external power) where the Titan X uses 2 standard slots like most large GPU cards.

Keep in mind that the Titan X on a Mac Pro isn’t using the full PCIe V3 processing power the card is designed for. But for us, the 12GB of vRAM is what’s also helping our various 3D applications, so the card made sense for our particular needs. If you want to save some cash without needing 12GB of vRAM the Titan X offers, then you might want to look into other Nvidia cards, such as the GTX 980, 970, 760 or all these as Mac-flashed options (recommended).

The CPU upgrade allows you to keep using your existing PC8333 RAM should you want to, but I didn’t want any potential bottlenecks if I could avoid it, so I opted to buy a new set of 64GB PC10600 RAM (16GB x 4) from Other World Computing. A second 64GB kit will be purchased shortly to maximize the potential all of our memory-hungry applications to 128GB. Note that this PC10600 RAM upgrade will ONLY work with the 12-core CPU upgrade.

One of the biggest bottlenecks in our Mac Pro tower has been the internal hard drive for the operating system. All of our non-desktop computers have been solid state driven and knowing the big benefits of that, I decided it was time to add internal SSDs to this upgrade. But rather than simply plugging an SSD to the existing 3GB/s buss of the Mac Pro tower, I decided to try out the Tempo 6GB/s SSD PCIe controller from Sonnet (B&H, Amazon). This allows me to basically add a pair of SSDs directly to the PCIe buss plane to maximize bandwidth speed. The SSDs themselves can be RAIDed together in various forms, but I decided to stripe them as RAID-0 for maximum data rate and maximum data size (2TB combined) while continually backed up on a daily basis (word on that in a moment). Oh and the Sonnet PCIe card also adds external eSATA ports which is cool. We decided to take a chance and buy the Addonics eSata-based CFast Card Reader/Writer for our CFast 2 cards and it works great using the external eSata ports on the Sonnet Tempo SSD card! 128 gigs of CFast 2 footage transfers in about 3 to 4 minutes directly to our RAID. No complaints there.

I decided to buy the 1TB Samsung 850 Pro SSDs (B&H, Amazon) to install into the Sonnet controller card. We decided on the “Pro” model over the standard model as there appears to be some performance advantages with the Pro models. Although SSDs will inevitably be shipping in sizes greater than 1TB, it’ll still be a little while away and the initial high prices will be staggering. So for now, we’ll use 1TB drives as a 2TB RAID. As 2TB and 4TB SSDs become available and more importantly, become affordable, we’ll switch out the current Samsung Pro SDDs for those. For me, it’s all about upgradability when the time arises and this system lets me do that.

Because the Samsung 850 Pro drives are only 1TB each (2TB total in RAID-0), they will be assigned for the operating system and caching duties only. For document storage (non video file based), these 6TB 7200 RPM HGST Deskstar NAS drives (B&H, Amazon) will be used instead. These two 6TB drives will be mirrored in RAID-1 format so that if a drive fails, we still have another functional drive while the bad drive gets replaced. Hopefully this never happens, but if it does, we’re prepared. And because these drives are 7200 RPM, we should be in good shape performance-wise. These drives will merely load project files and such. The true file-based horsepower will come from the dual SSDs and our external 8-disk RAID-5 system.

This was actually a new spare 4TB drive (B&H, Amazon) we had on hand and decided to use it as our internal Time Machine backup for the 2TB SSD RAID-0 boot drive. Although we don’t really need the performance this 7200 RPM drive offers, it didn’t cost us anything extra to use it, so we opted to use it for this backup configuration. If you want to save cost while increasing storage size, a basic 5400 RPM “Green” drive (B&H, Amazon) is adequate for this task.

The hard drive bays are also straight forward, from left to right:

*Notes cost of upgrade only and not Mac Pro Tower itself. Cost of used 4,1 Mac Pro Tower range from $500 to $1000 for a minimal system needed for this upgrade. Upgrade cost includes CPU upgrade, Sonnet Tempo card, and two Samsung Pro SSDs.

I decided to stripe these two new RAID systems (2TB SSD RAID-0 and 6TB HDD RAID-1) using SoftRAID, rather than the OSX Disk Utility app. Apparently SoftRAID is optimised for SSD RAIDs, but even outside of that, I do like the additional options SoftRAID provides that Disk Utility does not. And if you buy it from this link, you can get it at lower cost that directly from SoftRAID.

Off the bat, I’m getting around 950 MB/s (note the capital “B”, as in megabytes, not megabits) read speeds with the SSD RAID-0 setup and about 800 MB/s write speeds. This is a speed increase by leaps and bounds compared to the original system hard disk drive. Boot times, application load times, caching, it’s all way faster and responsive. This alone makes it feel like an entirely new computer workstation.

Since the new 12-core 3.46GHz CPUs were added at the same time as the new PC10600 1333MHz RAM (and everything else), it’s tough to say how much faster the RAM is, but the CPU times are definitely better as well. Rendering has been improved, which was the goal of this upgrade.

I’m also enjoying the benefits of having a dedicated 7200RPM RAID-1 Documents drive for all project files. Again, this doesn’t have to necessarily be a fast drive, but paring 7200 RPM drives in RAID-1 mirror looks to have been a good choice.

The Nvidia Titan X with its 12GB of RAM is also a nice improvement. Resolve is able to handle 4K timelines with ease, even with several nodes doing their thing. I do drop the frame rate by half by adding a bunch of blurs and such, but otherwise, performance is great. One thing to note is that adding denoising in Resolve unfortunately adds processing noise when using this card. This is a known bug and sounds like it may be “Resolved” upon version 12’s release. Other applications we use with heavy graphics processing is also seeing the benefits, like After Effects 3D (standard and Raytracing), Lightwave 3D, and more.

With all that said, there still seems to be a few general computer functions that don’t seem to be improved with these updates, mostly in regards to OSX interface operations and such. Not a huge deal, but still surprising.

Was it worth the upgrade? I believe so, but some may feel the investment is still too high for these improvements. As an operating facility, every ounce of speed boost we can get out of these machines, the better, so the investment was worth it. The best part is, you don’t have to do everything in one big swoop like we did. Maybe start with just the CPU upgrade first. After that, maybe upgrade the GPU card. Then maybe the SSD boot drive. The bottom line is that you can upgrade what and when you see fit. I’m just happy we’re still able to use the original MacPro tower form factor. It’s highly unlikely Apple will ever build another tower like this again, so stretching its potential for another few years is truly fantastic.

OneRiver Media’s conference room was turned into the Mac Pro upgrade center for a few days.

Author Marco Solorio is a feature filmmaker, published author, international speaker/presenter, and owner of OneRiver Media, a production and post-production facility in the San Francisco Bay Area, servicing clients from all stretches of the globe.

No portion of this article shall be used/modified without the original author’s expressly written approval by OneRiver Media. 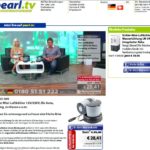 First Free To Air UHD Channel Is For Shopping 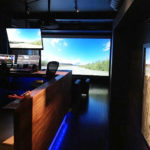