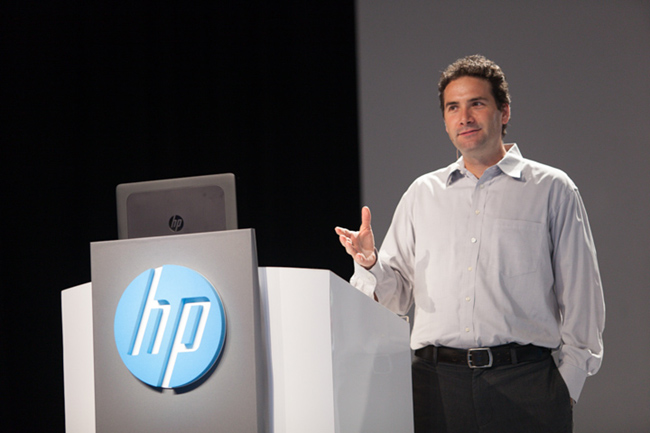 A still from The Wolf Of Wall Street which used HP workstations for VFX.

“I’m a creative problem solver and my job is generally to extend the director’s vision beyond  what is physically possible within the camera. As the Visual Effects Producer on The Wolf Of Wall Street I dealt primarily with budgets and logistics but also a great deal with the creative side.

It’s not really what one would call an effects heavy film but it does have some really interesting sequences in it that couldn’t have been accomplished without me and my team and Rob Legato who was the FX supervisor.

For instance there is a scene of a giant yacht that sinks off the Mediterranean coast which as you can imagine is something really difficult to shoot practically especially when it’s a 180ft and cost a couple of million dollars. Also we have a couple of helicopter scenes where our lead character is flying somewhat intoxicated.

These scenes needed to be accomplished with the help of VFX. A large part of my job during pre-production and principal photography is managing the acquisition and capture of all of the raw materials we need in order to finish the movie down the road. So in addition to what the main unit photographs which on this movie was partially film and partially digital, there are a lot of elements that we need to shoot along the way to help us fill in the gaps. For instance there is a scene which is on top of a yacht in the Mediterranean, we shot the entire movie in New York so rather than take the entire cast and crew to Italy they sent me and a very small team of people to shoot backgrounds.

Mark Russell, VFX Producer on The Wolf Of Wall Street.

“Essentially I have huge amounts of data that I have to gather, track and then distribute to the different vendors working on the movie. There’s a great deal of transcoding, colour processing and just general file organisation that I have to do on a daily basis to get the clips in the right hands in the right format.

“Another shot that we produced was one using an Octocopter with a Canon c500 camera rigged to it. The shot would eventually be a big house party in the Hamptons but the raw shot was of an approach to an empty beach in the Hamptons. I was part of a small visual effects crew to photograph this place in the Hamptons. The Canon c500 we were using was a prototype at the time but still shot 4K RAW to an external recorder, we used the Gemini which was attached to that. It was really important that we figured out a way to review the footage before we left the location. But more significantly at the time the Canon 4k RAW files could only be transcoded using Canon’s own beta software which didn’t run on a Mac and had to be installed by them. So working with HP we got an Elite Book which I took to the set in the Hamptons. Flying time for the Octocopter was only four minutes, 4K RAW us about 11MB per frame which translates to about 65GB per take. We were trying to shoot the scene at Magic Hour at the end of the day so there was a time pressure there too. The Gemini records to two SSD card simultaneously, one frame to one then one to the other. So in order to review the shots we had to combine all the files onto a single drive. So I had to transfer a few takes, maybe 150GB, and throw them on to a hard drive just in order to look at them to make sure that they were viewable. I was able to do all this with an Elite book on the day, on the beach while watching the sunset.

The only downside was that it did take time to transfer the files so my hope is that with Thunderbolt 2 I won’t be waiting so long next time.

Another scene takes place aboard a luxury yacht moored in an Italian harbour. Again it would have been too expensive to send an entire film crew and cast to Italy. So we basically shot three days on a stage in New York surrounded by green screens and then four of us went to Italy to photograph the plates. One of the things that I did on this job was to use HDR photography on many of the locations to capture an entire environment. Essentially what I would do is to shoot 360˚ with seven exposures so we had the entire latitude from light to dark so in order to re-create that environment later. I had all the data that I needed from the darkest exposure to the lightest in an entire sphere. So when we go to light the CG harbour it is essentially already lit by the real environment, including all the reflections. On location we had an Elite Book with a DreamColor  monitor so we could look at things in their true colour so the colour was consistent went we got back to the studio.

“HP workstations have become a huge part of my workflow and having been a Mac guy exclusively up until about a year ago I now find that I use my HP workstation about 60 percent of the time.” 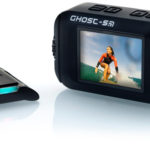