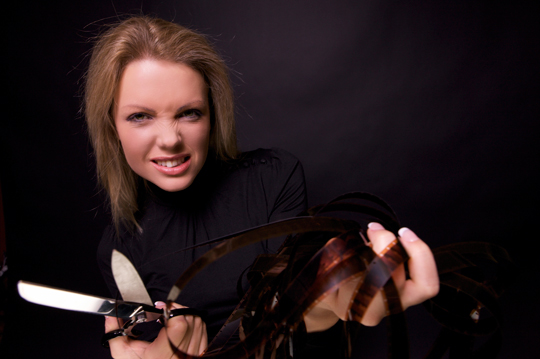 The arrival and subsequent feeling of disappointment with FCP X has left a vacuum in the editing world, who can fill it?

When Apple called a hurried press conference at this year’s NAB Broadcasting Conference in Las Vegas there was the usual feeling of excitement over an Apple announcement but also a question over the impromptu style of a major editing product launch – the announcement had to be to do with the next version of Final Cut Pro. When FCP X was finally shipped a couple of months later and received so badly by so many professional editors Apple’s editing competitors must have felt that their moment had arrived.

Competitors like Adobe and AVID who both very quickly conjured up ‘unheard of before’ conversion discount deals from FCP to their editors Premiere Pro and Media Composer. They also both made comments directly referencing the FCP X product release. Canny and charming Adobe General Manager Jim Guerard was perhaps making a slight reference to the unhappiness with FCP X from the industry when he said, “We are hearing from video professionals that they want pro level tools that address cutting edge work but also allow them to use legacy footage and workflows”.

The Adobe deal is that if anyone wanted to switch from any version of FCP they would be eligible for a 50% saving on CS5.5 Production Premium or Premiere 5.5. The UK price of Premiere Pro 5.5 is around £700 against £199 for FCP X and Avid Media Composer 5.5 at around £1800. Making Premiere Pro 5.5 with discount in reaching distance of Apple FCP X.

AVID were more picky and only offered a deal if you hadn’t bought FCP X. But the discount was much more. You were and still are able to buy Media Composer 5.5, with the Production suite and free online training for £699! About 60% discount. Paul Foeckler, vice president, creative professionals products and solutions for Avid commented, again referencing the Apple release. “Users who may be facing uncertainty now also have access to a Mac OS native industry-leading editing solution from Avid – a company that is dedicated to listening to their needs through our commitment to openness, collaboration and innovation in professional editing workflows.” Ouch!

If you read Adam Garstone’s review of FCP X you can see what is missing from the software from an experienced film editor’s point of view. But Apple aside, is this the moment Adobe’s Premiere Pro migrates in to the number one editor for professionals? There’s no doubt in Adobe’s mind that this is the case. Their supremacy in the editing field has been planned as long as five years ago, Bill Roberts is video product manager for Adobe, “A lot of people started out with Media Composer and went to FCP and are now wondering what to do next. Basically with FCP X they have forced upon the industry a re-learning. Even if you wanted to stay with Apple the paradigm is different enough to make people think of jumping ship. We see this as a good opportunity for us, not that it’s a ‘flash in the pan’ moment, the guy driving our division, Jim Guerard, set the course for Premiere to be number one five years ago. There was a lot of work to do with the product to get the feature set but we think with 5.0 we have got to the point when we can ask Hollywood to look at this stuff. That process started at the end of 2009.”

Adobe already have a shoe-in big budget feature film to use as further evidence of their ascendancy with the new Godzilla film directed by one man band film maker Gareth Edwards who used the entire Adobe suite of programmes to make the hit Monsters and will again with the new adaptation of the classic monster film.

Anybody who has bought Adobe software knows that their pricing encourages you to buy the suite of software and not just the individual software products. This is where Adobe might have missed a trick as many post production creatives feel that a copy of After Effects is a pre-requisite for working in the industry and so they buy the video package which includes AE and Premiere Pro, but they never open up the editor. Adobe has recently had an event in Hollywood called ‘Dances With Films’ where Premiere Pro was the editing platform of choice where FCP had always been favourite before. Out of the 13 editors that were taking part in the event eight of them had Premiere Pro on their machines but had never opened it, apparently these editors were very impressed with what they found. Perhaps since the Apple announcements there has been more virgin launching of an editor that up until now hadn’t been used at all.

If you talk to Adobe about AVID’s Media Composer they will say that it perhaps is behind the times as far as where editing is happening right now, Bill again: “AVID’s model was built in the day when editing was a specific room in the media enterprise, today just look at how many more devices capture video. If you look at that as a macro-economic driver, editing has to be pervasive and more and more editing will be done on content which isn’t professionally captured and you’re going to have to have a whole suite of tools to solve the problems.”

But it seems as if AVID are listening as well, a recent user group in LA showed a sneak peek of a new user interface. Avid’s Paul Foeckler also showed off  the DNxHD codec  working in 4:4:4 RGB. They also announced  64-bit support; the ability to work in larger than HD frame sizes, such as 2K, 4K and higher; and more third-party support video I/O from AJA, Blackmagic, Bluefish 4:4:4 and others for I/O solutions. Showing your hand with a new UI too must have been in response to the damp response FCP X got from the industry.

Jason DeRose, one of Novacut’s founders and its lead developer

So where do editors go from here, well there is another option, the open source route. Everyone knows that Lightworks, the original NLE, is now owned by EditShare and is now a free open sourced product. Check their web site for their roadmap and progress which includes porting to OSX sometime this year. Their platform had a huge boost last year with the Oscar winning film The King’s Speech being cut by Tariq Anwar on Lightworks. The platform should gain hugely from that, but there is another open source editor that you may not have heard of, that is Novacut.

Novacut has already been in development for a year and has been part of the Kickstarter project which attracts investors to fund further development. Tara Oldfield explains where Novacut is coming from: “We’re developing for pro video editors. During the next phase of development will be the UI design and implementation. We’re all about identifying how video editors naturally want to organise the stories they want to tell, as well as the unnecessary steps that their editing software of choice forces them to take. Once time suckages are identified, we’ll delve into iterating different designs for the same problem, employing usability testing throughout this process to find the most intuitive, user friendly design in the bunch.

“Our first development iteration will concentrate solely on finding the most time-efficient design for cutting and organizing clips, and then implementing this design into a cohesive, usable product. Multi-cam editing will come soon after the cutting iteration, mainly because we see multi-cam shooting as an absolute imperative in saving directors and actors time on the set; plus shooting from multiple perspectives makes for a much more visually rich story. Shooting from the hip in terms of a time estimate for release, we hope to have a working beta in about six months and a smooth working, market-ready product in one year. In the future, we’d also like to integrate with Blender (the free 3D animation software option).”

Novacut’s video editing software will be free of charge. Their business model is based on its distribution platform, not its editing software. Along with the video editor, they’re creating a central hub where artists can distribute their full length narrative features, web serials, animated shorts, documentaries, etc., while simultaneously crowd funding their work. Novacut will take a cut of the revenue artists make to pay developers, maintain their cloud, etc.

“Right now, we’re developing for HDSLR users, mainly because they seem to be the artists making the type of direct-artist-to-fan productions we want to see flourish on our distribution platform. Down the road, we hope to support other cameras. But for now, we’re keeping our development focus narrow so that we can better serve the needs of independent artists making quality entertainment with HDSLRs, on a shoestring budget. “

From Novacut’s own research it seems like a large portion of the independent filmmaking community and university film students use Final Cut Studio 3. “FCP X isn’t backward compatible to Studio 3 and Apple is no longer selling Studio 3. So what do all of these artists do when they need a new workstation in the middle of a project? They’re pretty much up a creek without a paddle! Editors need more software choice! More to the point, they need software choice that’s shaped by their needs, as opposed to the ‘needs’ of a publicly traded company’s share-holders.”

Of course publicly traded companies allow continuous funding for editing products but Novacut with it’s ‘cloud computing’ philosophy may have turned up at the right time especially when so many people feel let down by their editor of choice.

Because most people aren’t going to jump on to another editing platform in the middle of a job the shock waves from this turn in the editor’s story might not be felt until next year. But that is maybe forgetting that Apple might be stung in to action and turn this product around and put in all the things that they have taken out. 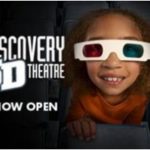 Dimensions (For The Price Of Batman's Cape)