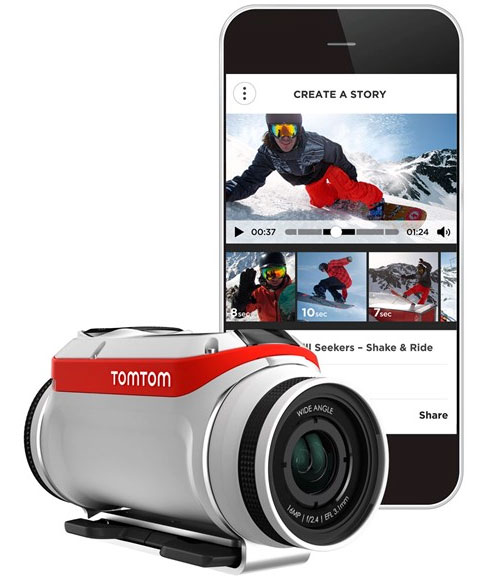 Does GoPro Finally Have A Competitor?

The TOMTOM Bandit will shoot 2.7k at 30fps and 4K at 15. So just one sensor iteration behind GoPro.

After yesterday’s story on GoPro with their great financials but their slightly dipping share price comes a story of a launch of a new action cam from a company who know how to get places. Well it’s TOM TOM, the Sat Nav folks.It turns out that TOMTOM don’t just do Sat Navs anymore, they actually want you to get out of the car and start doing more action-based stuff and then sell you wearables and a new action camera. A new camera that boasts 2.7k at 30fps and 4k at 15 fps, similar sensor specs to GoPro 3. Also a camera that boasts a three hour battery life.

It has a 16 MP CCD sensor with a wide angled lens – no more information on the lens yet – and is completely waterproofed, all you need is an additional lens cap to get down to 50 metres.

But here’s the clever thing about a new launch in to a market that’s been around for a while, add something your competitor hasn’t got. In the Bandit’s case it’s ‘instant editing’. The Bandit is equipped with in-camera motion and GPS sensors to automatically find and tag moments you have shot based on speed, altitude, G-force, acceleration and heart rate (if you have a heart rate sensor). Highlights can also be tagged manually with a tagging button on the camera or the remote control. Once the shots have been tagged all the user does is download their App, connect it up to the camera and basically shake the phone! The shots align themselves in to a timeline in the App.You can then add further editing on screen.

This instant gratification is sure to be popular and seems to work through what TOMTOM are calling a Media Server, this maybe marketing jargon for some RAM inside the camera to speed up the footage from camera to Smartphone but the official description is a streaming media server to send the chosen clips over to the Smart Phone.

The TomTom Bandit has its own accessories but there is also a GoPro adapter so you can use your GoPro accessories.

There are further neat ideas like the Batt-Stick which is a housing inside the camera that combines the battery, microSD card and USB 3.0 connection. It plugs directly into a computer via that USB 3 to charge and download footage, removing the need for additional cables or adaptors.

•Smartphone app available on iOS only at launch. An Android version of the app will be available soon. 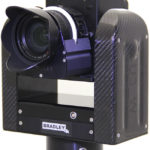 A 4K Camera from Bradley, Altasens and JVC 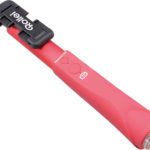