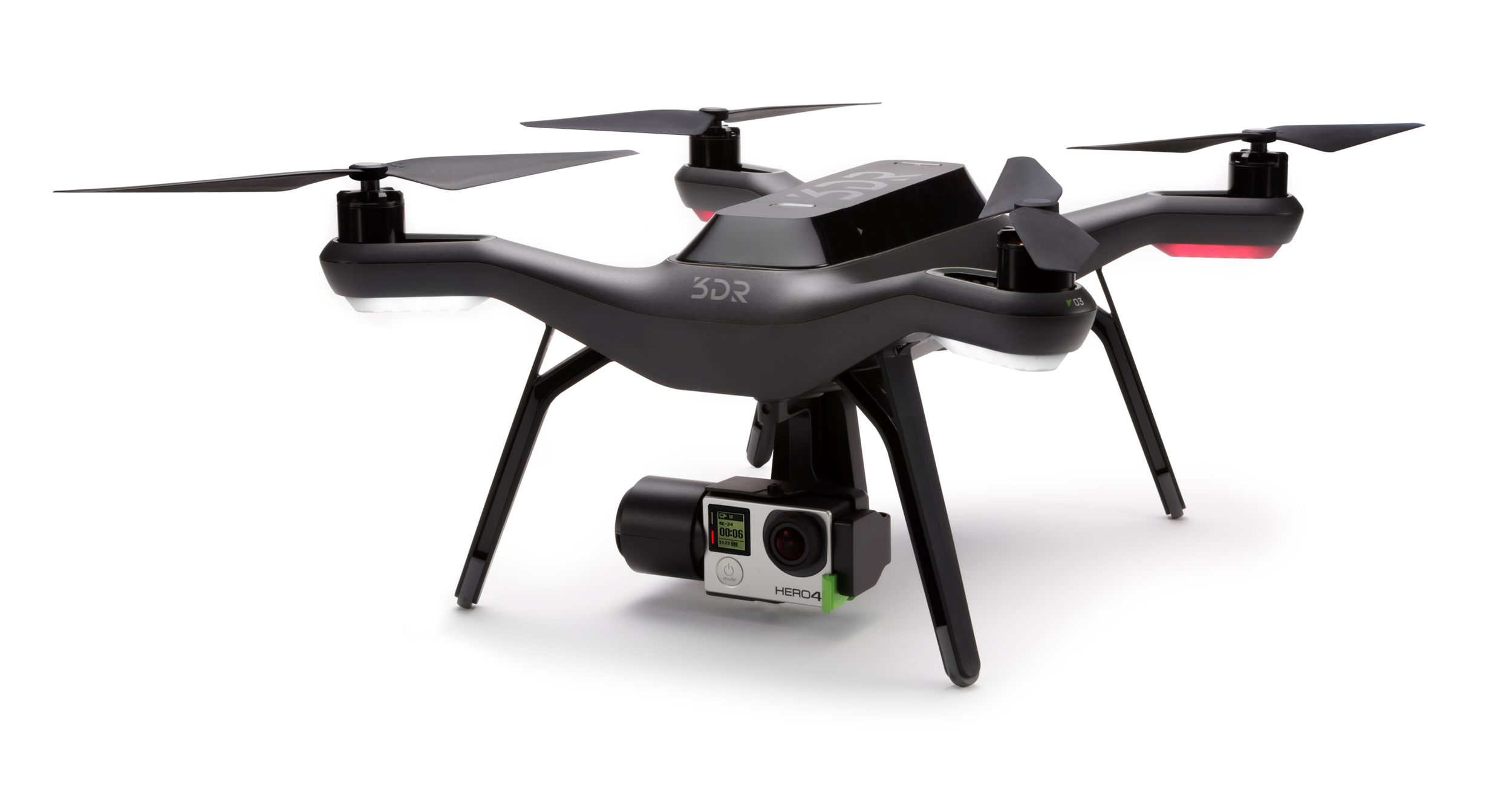 China and USA Battle It Out In Drone Wars

The new Solo from 3D Robotic (above) – purely for GoPros but will control one totally. The new Phantom 3 from DJI (below) with many tricks up its sleeve like a 720p stream direct to YouTube from a company who maybe worth $10 billion soon.

You might remember when NAB was a quiet affair apart from the gentle burble of gear envy rising from the halls. If you’ve been to Vegas this year you will be longing for the sound of the slots rather than the buzzing of the drones.

But Drones are big business and other than shooting heroic video their roles are being cemented in many different areas of our life. But it’s the revolution in aerial cinematography that we’re interested in and NAB 2015 will be known as a classic grudge match between two particular models. In the white corner is the third version of the best selling Phantom from Chinese manufacturer DJI, the Phantom 3. In the black and murky grey corner is the Solo from 3D Robotics, their first drone for the retail market, up until now they have been serving the enterprise market.

Just fire up YouTube and search for these models and you will find some remarkable footage – ‘and you can produce similar footage out of the box’ promises the jargon.

Well you may well be able to but here are some features you could work your way towards after frightening the cat and the local cattle.

The Solo claims to be the world’s first ‘Smart’ Drone, well I think the Taliban might have something to say about that. But Solo isn’t stupid that’s for sure. You should know though that Solo only works with GoPro cameras to the extent of being able to turn them on and off during flight, Solo has complete control of the camera, that’s a first.

Solo also has two computers that run on Linux, one in the Drone and one in the controller. These allow some dynamic auto moves like Cable Cam and Orbit. Cable Cam sets up a virtual straight line (altitude can change) to fly along; Orbit will fly around an object in a circle. We are just scratching the surface of its smartness here. Solo will be on sale around June for $999 but you have to add $399 for the gimbal and of course around $500 for the GoPro. Range is around half a mile.

The DJI Phantom 3 is also smart, smarter maybe as its range is over a mile, upto 1.2 miles in fact. It can also stream video at 720p to YouTube as well as to your iDevice. Other advantages are its own 4K and HD camera on-board with its own gimbal. It has something called Vision Positioning and worryingly DJI are marketing this as a feature for indoor events like weddings, I think the vicar might bring his shotgun for that!

But perhaps the ‘biggy’ is the price, DJI Phantom 3 Professional with the 4K f2.8 camera is only £1159 and ships in May with everything you need to frighten the children out of the box. 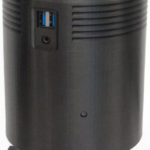 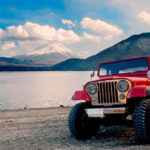