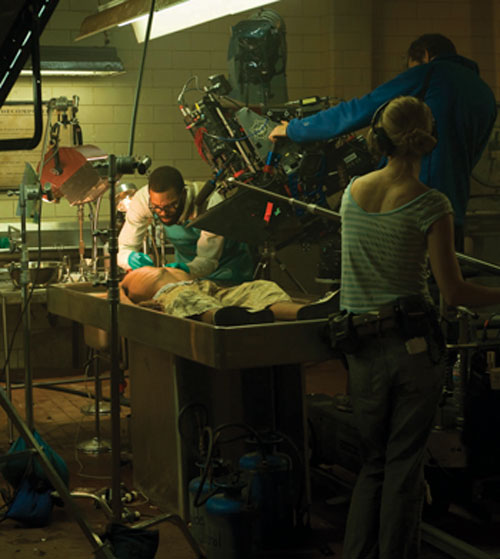 “Because we were operating at a $2 million budget, we needed to be extremely conservative in our choice of equipment,” says McDonough, no stranger to indie and low-budget production. “I’d heard of this new rig from Element Technica and although at the time we were prepping, it was one of the first models available, I found that it was the most solidly constructed rig I’d come across. An important consideration in 3D is to avoid torquing the camera bodies once the rig is set up as this will throw out all of your careful lens alignment. Technica 3D Rigs passed our test.”

At the rental house, OFFHollywood’s Mark L. Pederson worked closely with McDonough and stereographer Keith Collea to outfit the rig with the right support gear for this post-apocalyptical tale shot in New Orleans, taking advantage of the historical buildings and the still visible remnants of Katrina’s devastation. Tricked out, the rig topped out at about 105 pounds, heavy enough to handle the stress of an active shoot yet light enough to allow the team to make some tricky moves.

“I remember one sequence where we were fighting daylight and we needed the Hydro Techno Crane up and running under the rain towers, with no time to do serious critical alignments,” recalls Collea. “Within minutes the Quasar was up, aligned and shooting. Crane – no problem. Remote head – no problem. Rain – no problem. 3D – no problem. The shot went off without a hitch. The alignment procedures with the ET rig are a snap. And, once the rig is aligned, it stays that way over the course of several setups, including serious jolts from riding on the process trailer.”

“We were even able to do a lot of very low angle work that director Gareth Rogers wanted, because the rig allowed for a relatively low lens-to-ground clearance,” adds McDonough.

“When shooting required getting into extremely small spaces, McDonough chose to use the predecessor of the Technica 3D Neutron (aka the Dark Country rig) with SI-2K Mini camera heads on board. “It was very small and weighed only a few pounds,” McDonough explains. “Because of the mirror size, we needed very compact lenses to fit in there. We achieved this with the new 8mm and 12mm CCTV lenses by Schneider. The size of the rig didn’t allow for a focus puller, so we set the aperture and focus and operator Grayson Austin was able to keep the Steadicam within a focused range.”

Technica 3D systems will be available in three different sizes to accommodate a variety of cameras. The largest, Quasar, which is already available is designed for full size digital cinema cameras, such as the Sony 1500 or the Red One equipped with prime or zoom lenses. The mid-sized Pulsar available this spring, mounts box-style digital cinema cameras such as the Scarlet, Epic and the SI-2K. The ultra-small Neutron is designed for the tiny 2/3” or 1/3” imager cameras sporting C-mount lenses such as the SI-2K Mini and the Iconix. All three Technica 3D systems can convert from parallel to beamsplitter and back depending on the application.

The Mortician, an independent feature shot entirely on location in New Orleans is slated for release late in 2010. 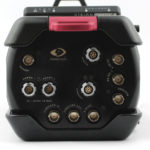 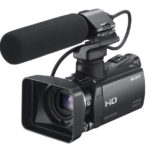 Hulu’s Pam & Tommy is a production roller-coaster of celebrity passion and crime. We...

DOP David Katznelson on capturing joy amidst a crisis in the 1980s gay community...

Felix Wiedemann captured clear and detailed imagery for Behind Her Eyes. He talks naturalism,...
Read Here