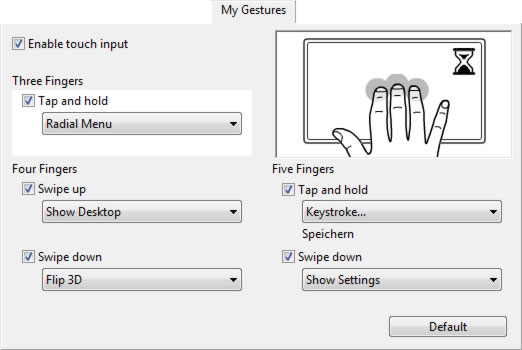 More gestures coming with Mountain LionADAM GARSTONE tests one of the new tablets from Wacom, the Intuos 5. All of the new family support Multitouch and Apple’s latest OS enables more touching choices.

Through the late 1980s I used a computer mouse – and had terrible RSI. I tried pretty much every ergonomic doohickey out there, from trackballs to a mouse that curved around and through your fingers like the facehugger from Alien. Then I discovered the graphics tablet and have never looked back.

Now Wacom have released version 5 of its Intuos range of tablets, available in Small (active area 157mm x 98mm), Medium (224mm x 140mm) and Large (325mm x 203mm). The unique factor with these new products is that they all support multitouch – yes, you don’t even need the pen.

Mac OS X has supported multitouch for a couple of releases, and the coming update (Mountain Lion) embodies even more finger control, so Wacom’s move seems to be a sensible one.

The tablet is a deep black, with several rubberised buttons and a rotary control a bit like the original iPod’s click wheel on the left hand side. The active area of the tablet is lit with discreet, white LED corner markers and the pen is a matching black, with a comfortable rubberised grip. As with previous Intuoses (Intuosi?) the pen is double ended – with a ‘writing’ end and an ‘erasing‘ end, and there are several tip inserts available for different feels. It is, of course, pressure and tilt sensitive. Overall the tablet is very thin, making it comfortable to use, and the pen is well balanced, though I found the tablet surface drags more that the Intuos 3 I use every day. I soon got used to it.

Gesture controlThe tablet resolution is fantastic, at 0.005mm – another major advantage of a tablet over a mouse. If you have ever tried to do fine graphics work with mouse you soon realise it’s like trying to paint with a half brick.

Resting a finger on one of the buttons brings up a pop-up window on your screen reminding you of the programmed button functionality, and there is a pop-up to change settings, so you don’t have to go to the Apple System Preferences pane, or Windows settings.

There is an optional wireless pack, which includes a battery, transmitter and tiny USB receiver. The tablet will continue to work plugged into (and charging over) USB, but you can pull the cable out and roam around the office should you desire. The Mac didn’t like booting up without the wire connected though – it whinged that there wasn’t a bluetooth mouse connected, even though the tablet was working perfectly.

So far, so normal, but it’s the multitouch that sets the Intuos 5 range apart. Handily, it seems to be disabled when the pen is sensed by the tablet, so you can rest your hand on the active area without accidentally deleting the Internet, but it can make it tricky to swap quickly between pen input and multitouch gesture if you want to use the same hand for both – putting the pen down each time was a pain, and swivelling it out of the way in my fingers sometimes worked and sometimes didn’t. I’m sure I would get used to it in time.

I certainly like the ability to swap between desktops on the Mac with a three finger swipe (I use this a lot), and to rotate and zoom images in Photoshop CS6. In fact, having put the pen down and swapped to ‘finger mode’ I often found myself selecting buttons and dragging objects using my fingers. Curiously, though, the tablet behaves like a mouse when you use multitouch – there is no ‘absolute’ positioning like with the pen.

The Intuos 5 is definitely one of the best looking products they have ever released. As a tablet it performs excellently, as you would expect from Wacom, and the multitouch is an interesting and useful addition. The wireless option is only £32 and removes some of the clutter of wires from your desktop, if nothing else. The tablets themselves are available online at about £186 for the Small, £290 for the medium and £395 for the large (including VAT). 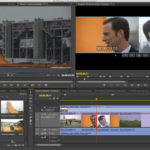