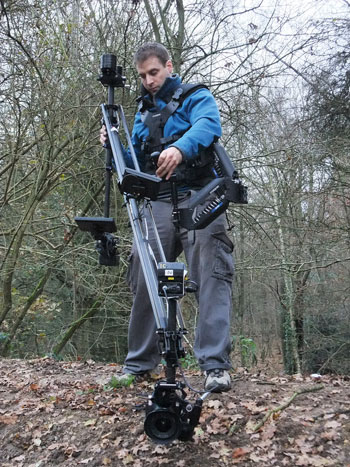 I have been a Steadicam operator for about nine years. My first DV rig helped me make rave visuals for big electronic music tours. This was my background – making tour visuals. I have since stopped editing and operating projectors and now mostly specialise in operating Steadicam but, due to my background, always keeping a heavy experimental edge to my work – and always willing to try new things to make dynamic shots.

Cameras are getting lighter every day. Moore’s law that predicts electronics shrinking even as it grows in power is in full action on cameras. It became clear to me that, whilst the bulk of my Steadicam work is still 35mm or Digital Cinema (RED/Alexa) and 3D, I had the opportunity to invest in the possible future of these smaller cameras. Seeing the amazing dynamic shots that people where doing with these tiny cameras, I wanted to join the party.

The Steadicam Tango enables you to go from tiny floor-based macro shots to giant high wides. It’s certainly not the toy for everything but everything has its applications. I’ve had BBC nature making enquiries to get cameras up into trees for wildlife. I’ve had live shows enquiring and, of course, music videos and feature films have made noises. We haven’t got close to what is possible with this rig. It adds a whole new dynamic set of options with its nine-foot continuous floor-to-ceiling elevation and traverse with back-pan and back-tilt, 360-degree pan and +/- 90-degree tilt available throughout the boom range. It delivers this and stability in a purely mechanical rig and is intended as a bolt-on addition for Tango-compatible Steadicam models, such as the Zephyr.

The first Tango project was a short film directed and DoP’d by my good friend Rollo Hollins. We were able to do jib shots swooping down through to close-ups as a madman (dressed as a knight) fumbled through the forest looking for his dignity. We also made a music video directed by Sam Pillings that involved flying long ‘one takes’ in very cramped rooms on quite tight lenses. No other camera technique, short of unsmooth handheld, could have done this.

Tango has arrived at the ideal moment – just as a whole wave of ‘little bodied’ cameras are on the market or about to appear. Currently the favourite camera on rig is either a Canon 5D or 7D. Their lightweight, size and stupendously low power consumption makes them ideal. Zeiss Compact Prime (CP2) lenses are favoured because you know exactly where you stand with them. I suppose the 5D is a better overall camera. Not for its much-vaunted shallow depth of field but because, with its larger chip, you can have faster lenses at the wider field of view. The main issue I have with the 5D / 7D cameras is their lack of good mounting points on the base.

I am excited about Sony’s ‘DSLR killer’, the NEX-FS100. This could well end up being THE Tango body, especially as we could record back on the rig’s master sled using a Nano Flash for higher-end gigs. It has far better mounting points, little Moiré and far less rolling-shutter effect!

The RED EPIC has been released in numbers. After much to-ing and fro-ing about the possibility, I now think there will be a way to rig this body to the Steadicam Tango. This would make the rig ready to play on full-scale general release feature films.

Currently I am rigging the radio follow focus to the top of the Slave stage (the tiny little top stage at the end of the Tango). This enables me to have very few cables coming off the Slave. I would also power the RED EPIC from a battery rigged to this stage. The Alexa-M is also on the horizon which will be the T-head companion to the existing Alexa; currently a massive hit in features and commercials.
The Steadicam Tango was initially very tricky to use because it is so sensitive. You would think, that with all the cables and pulleys, it would be more sluggish, but that was not so. I had to re-adjust my operating from what I am used to with big 3D (dual REDs or Alexas) rigs to the far more sensitive reactionary operating that I would have to do with a Steadicam Pilot, or similar. Once I realised that, it was easy. Of course there is also the whole issue of flying a camera anywhere in 3D space and being able to pan and tilt at will. But that’s a different story.

First of all, you always hope with a new product that it will do what it says on the tin. Steadicam shots are often referred to as having flying or floating cameras. Of course it’s all done by the mechanics of the rig combined with the skills of the cameraman and, as you see, flying with Tango has already been achieved. What is new about the product is that the Tango arm allows smooth, Steadicam style ‘flying’ floor-to-ceiling and side-to-side combined with the ability of the operator to move.

So far so good, but the other thing you hope for a new product is that it will take you even further and open up new visual possibilities. The Tango does. For example, we can really start using dynamic foreground action in shots, such as skimming the top of a car or flying low over the top of a dining table… shots previously needing a sophisticated crane.

The camera may now be flown with more degrees of freedom with the Tango and it definitely fills a gap for lightweight cameras to fly anywhere. But it’s certainly not the toy for every purpose – but everything has its applications and it certainly extends the scope of possible work. We have not yet got close to what is possible with this rig as it adds a whole new set of dynamic options – but that’s the way a creative tool should be. 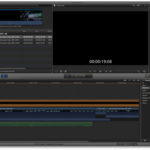 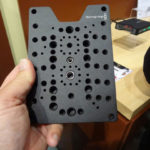