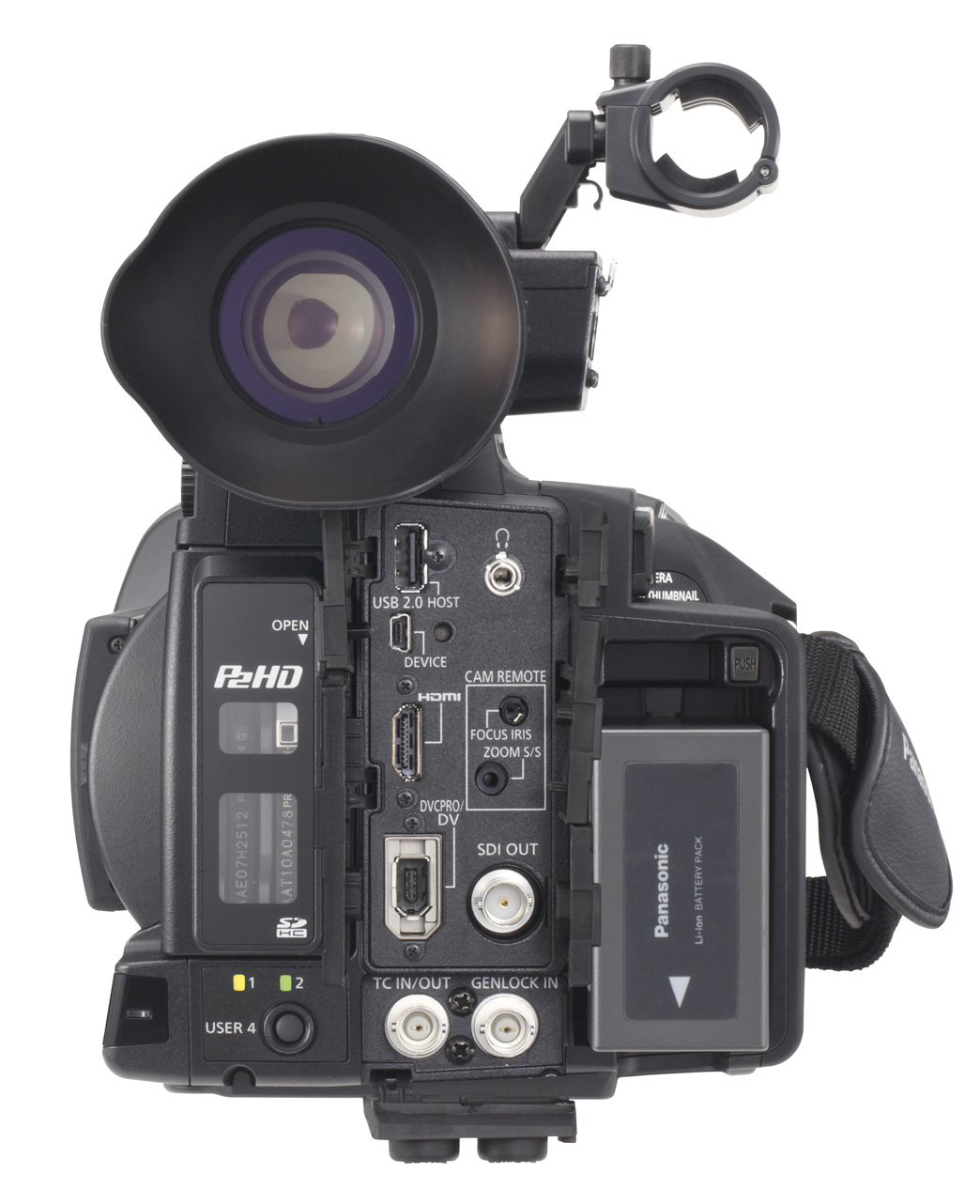 With the headlines being grabbed by the new ‘big sensor’ cameras like Sony’s F3 and Canon’s C300, Panasonic have quietly produced a ⅓in camcorder that has won BBC approval for full HD acquisition. The AG-HPX250EJ is a P2 based, fixed lens camera recording AVC-Intra 100 (at its highest quality setting), all wrapped around three, full 1920×1080 ⅓in CMOS sensors. It’s unusual for the Beeb to approve a ⅓in camera – indeed their guidelines usually require a minimum of 1/2in sensors, so there must be something pretty special about the HPX250.

The first thing that strikes you about the 250 is that it’s big. It weighs about 2.5kg, without a battery or P2 card, which is a smidgen under the 2.7kg of the Canon XF305, though the Canon – probably the 250’s nearest competitor – is physically slightly smaller.

One advantage of this large body is that the control layout is clear and simple, with dedicated buttons for most common features and smattering of extra, user definable buttons. The body is predominantly plastic, which feels a little flimsy – it certainly doesn’t ooze the quality and solidity of the latest Sony offerings, for instance – but it keeps the weight down, which is definitely a Good Thing. Surprisingly, given its size, once the camera is in your hand, it feels well balanced and is easy to hold for extended periods.

There are two viewfinders – a flip-out, 3.45in LCD and a high resolution EVF (1,226,000 dots) – and they are fine, except that the magnification on the (otherwise excellent) EVF is too low. It seems crazy to have such a high-resolution display and then hide it behind optics that make it look like the world through the wrong end of a telescope.

The viewfinders have three focussing aids available. The Focus Assist button – conveniently placed near the lens where it’s easy to find – enlarges the central part of the image to fill the viewfinder. It works very well, except it doesn’t work when you are in Record. This would be OK if there was another, comprehensive focus aid, but the peaking implementation is pretty limited. First of all, it’s buried in a layer of menus and you can’t assign it to a User button, and you can’t redefine its colour as you can, for instance, on the XF305. It works far more like peaking in an old, analog viewfinder than the more sophisticated digital versions we have now come to expect. The final focussing aid – the Focus Bar – gives you an on-screen ‘thermometer’ style bar which lengthens when more of the screen is in focus. That’s fine if everything you want to focus on is in one plane, but it’s only marginally useful for selective focus.

There are a couple of other factors that intensify the disappointment over the poor focus aids on the HPX250. Firstly, the autofocus hunts quite badly. Of course, at the wide angle end of the zoom range this isn’t noticeable, but the excellent lens fitted to the 250 has a 22x zoom ratio, and at the long end the breathing in the focus point – even in a well lit, high contrast scene – is unacceptable. Furthermore, lens resolution falls off quite sharply at small apertures due to diffraction effects. This is a problem with all small sensor HD cameras – essentially the pixels are very small, so the diffraction disc covers more than one pixel much more readily (i.e. at larger apertures) than with big sensors. The upshot is that you will want to use the lens at an aperture greater than f/5.6 – hence your depth of field will be lower and focus more critical.

The performance of the lens is, however, very good for a camera of this class. The zoom range is 3.9mm to 86mm – that’s the equivalent of 28mm to 616mm on a 35mm stills camera. Maximum aperture varies from f/1.6 to f/3.2 over the zoom range and horizontal resolution easily hits 1000 lines. There is no perceivable problems with edge sharpness, even with the aperture wide open (a benefit of that small sensor) and only a tiny hint of chromatic aberration. The HPX250 uses software image processing to compensate for lens aberrations and it does a pretty good job. There is a little barrel distortion at the wide end of the zoom, but you would have to be looking hard to see it. There is, of course, Optical Image Stabilisation.

Although the manual zoom ring is a proper control, with end stops and focal length markings, both the focus and iris rings are endless encoders. I’m generally not a fan of these controls, but the implementation on the HPX250 isn’t too bad. The focus control is linear – none of the silly acceleration properties that other cameras have (I’m looking at you, Sony) – so that, provided you don’t go over the ends of the range, you can repeatedly hit the same focus point. The feel of the controls is also excellent, but the Canon XF305 manages to have the best of both worlds, with a mechanical focus ring that can be disengaged to become an endless encoder.

The ND filter control is worth a mention. Rather than the stiff slider found on some camcorders (which are impossible to engage without wobbling the camera) the HXP250 has a nicely detented rotary control with a raised position indicator, so you can feel what ND is set without having to look.

The camera’s menu structure, and the onscreen display, would be familiar to anyone who has used a Panny in the last decade or so. The menus are navigated using an excellent joystick – it’s tiny but positive enough to be used with gloves on, though the menu button itself is slightly recessed and harder to engage if you have gloves on, or fingers like a pound of sausages. One oddity is that the playback menu has a totally different look-and-feel to the camera section – presumably this AVC-Intra software has been grafted onto the existing camera code. There are selectable on-screen displays of waveform monitor and vectorscope, but no histogram, which seems an odd omission.

As I mentioned, the HPX250 uses three, 1/3in CMOS sensors. The image data is compressed using either DVCPRO HD or AVC-Intra (100Mb/s or 50Mb/s). You can shoot in SD as well, should you wish. Frame rate and shutter speed/angle are independently adjustable with a dedicated control wheel on the side on the camera. As with most cameras of this class, you can’t overcrank at 1080 resolution, but dropping to 720p gives you up to 2x native framerate. Data is stored on Panasonic’s P2 cards – there are two slots available. P2 cards have proved robust in the field – though I would have liked to see some environmental sealing on the camera’s slot cover – but they are still outrageously expensive. A 32GB P2 card costs over £330, whereas a perfectly adequate CF card of the same capacity can be had for £50. Of course, Panasonic point to the speed of P2 but, frankly, you don’t need the speed to record AVC-Intra 100, though there are benefits to being able to read them quickly. I’m a fan of AVC-Intra 100 though – it produces a clean image which can be edited without transcoding, so it’s fast to get into the edit suite and good to shoot with. It’s also 4:2:2 and 10 bit, so we’re finally getting back to the quality of DigiBeta!

There is a pretty comprehensive selection of I/O for a camera of this class. You get HDMI, as you would expect nowadays, but also HD-SDI, timecode in and out, genlock and analog composite (whatever that is…). There are both USB 2 and Firewire interfaces, and zoom/focus/iris remote control inputs. The USB implementation has both a mini-type B connector (for connecting to a computer) and a type A connector. This lets you connect a hard disc directly to the camera to offload footage – though not to a Mac formatted disc.

AVC-Intra records four channels of audio, and there are two XLR inputs, so you always get the on-board mics plus whatever external sources you select. Sound quality from the on-board mics and mic/line inputs is pretty good, and there is plenty of gain on the headphone amp. One nice feature is the ability to temporarily display giant audio meters on the LCD, properly calibrated in dBFS – by default this feature is programmed to User button 4, on the rear panel of the camera.

I would have to say that the image quality of the HPX250 is a bit variable. I have always been a fan of Panasonic’s colour rendition, and on this front the HPX250 doesn’t disappoint. The cine matrix, gamma and knee controls allow the production of smooth tonality and rich colour straight out of the camera. There are six presets – easily accessible from a control wheel at the rear of the camera – and you can edit and save these presets – one set internally in the camera, and up to four sets on an SD card. There is an extended dynamic range setting, which adjusts the gamma and knee on a pixel-by-pixel basis, but it can produce some odd results and it’s not available when recording 1080p. It’s not changing the sensitivity of the sensor, of course, so I got better results by recording using the Cine-D preset and selectively grading.

So the colour and tonality are good – recording 10 bit 4:2:2 is a benefit here as well – but I had issues with the amount of noise from the sensors. It’s easy to claim that you’ll never get a low noise image from a ⅓in sensor, but the Canon XF305 manages pretty well – I didn’t get a chance to test the two cameras side-by-side, but the noise on the 250 stood out whereas the 305 was notable for its lack of noise. There is also a noticeable rolling-shutter effect on the HPX250 – again, the Canon has an advanced, fast read-out system in its sensors to minimise this. Finally, there is no software option to limit the minimum aperture that the auto-iris will use, so in ‘run-and-gun’ shooting – surely the most obvious application for a camera of this form-factor – the iris will shut down and you’ll get fuzzy pictures due to the diffraction problems I mentioned above.

The Panasonic AG-HPX250EJ is available for about £3650 plus VAT. Its closest competitor, and another camera approved for use by the BBC, the Canon XF305, is about £5040 plus VAT. That seems a lot more expensive, until you factor in the cost of storage media – the difference equates to four or five 32GB P2 cards (you get twice the record time on the XF305’s CF cards). At a minute per GB (near enough, for AVC-Intra 100) four or five cards is probably the minimum that you’ll need for a day’s shooting. With the playing field levelled this way, I would buy the Canon over the Panasonic without hesitation  – essentially your money is going into a better camera and not on the storage media. 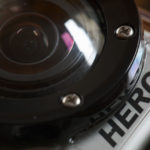 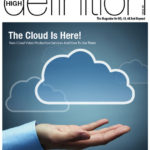