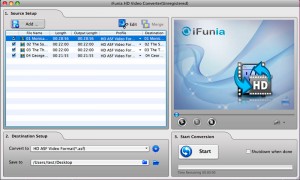 iFunia media converter, as it turned out not much funia at all!

With the myriad of competing CODECs for video and audio in the world, inevitably you need to be able to convert from one to another. iFunia (www.ifunia.com) is just such a converter – available for Mac only, it costs $32 to download, and it’s really not very good.

First of all, the user interface is pretty terrible. Sure, you can drag and drop files onto it and there’s a big, friendly ‘Start’ button, but the drop down menu to select output formats looks like it was designed in crayon by a dyslexic monkey and there is very little control over the presets you get – for instance, with output to H.264 there doesn’t appear to be a way to select the number of passes, though you can control framerate and bitrate. You can select the output directory, but not the output filename – you are stuck with using the original’s filename.

Those might be considered minor gripes, but just wait ‘til you hit that Start button. I tried to transcode a 57 second TV commercial to H.264 at 1920×1080. The first couple of times iFunia crashed and burned. The third time, it succeeded in producing an output file, though it got the aspect ratio wrong. It also took 3’51”, which seemed a long time, so I fired up the (free) application MPEGStreamClip. This encoded the same file (and I could select my quality options – the highest available) in 2’36”. That’s even faster than Quicktime Pro, though the interface of MPEGStreamClip assumes you have some knowledge of video compression.

As an aside, if you are a Snow Leopard user you’ll have noticed that Quicktime X doesn’t have the export options the Quicktime 7 Pro had. Fortunately, there is a version of Quicktime 7 on the Snow Leopard install DVD (when you install the extras) – if you have the Pro apps, (e.g. Final Cut Pro) then QT7 will automatically enable its Pro output features. Otherwise, just use your old Pro enable code.

So there you have it. You could spend $32 on a slow, ugly, buggy piece of software, or you could download MPEGStreamClip from www.squared5.com, a faster, more flexible and more stable application, for free! Why not then send the developer of MPEGStreamClip (Stefano Cinque) $10 as a thank you for saving the purchase price of iFunia – his email is available through the help menu of the application.

If you’ve had enough of Sky than this box is for you! FreeSAT now has over a million viewers in the UK

One way of escaping the clutches of the Sky Television ‘spider monkey’ is to use your legacy satellite dish from your Sky days and get in a new FreeSAT box. One such box is from Grundig and offers a 500GB DVR for about the price of an annual ‘middle to low rated’ Sky TV subscription, £279.99 (£23.33 a month). Yes wait one year and you’ve paid for it in Sky sub chunks and there’s nothing more to pay!

FreeSAT’s launch was maybe on the ‘soft’ side (founders are the BBC and ITV and the service is ‘not-for-profit’) with all the ‘TV on the Internet’ talk surfacing that has had TV types obsessing over the last couple of years. Also FreeVIEW HD is seen as the nirvana status as there is a huge and contented client base already out there watching SD TV without dishes grafted on the sides of their houses. FreeSAT was maybe the ugly duckling from the litter but swan’s feathers are emerging from the water.

It is worth it the £279.99? Well if you are signed to Sky Sports no it isn’t although you do get ITV HD, something you won’t get on Sky.  ITV have a contract for some FA Cup and Champion’s League football games and you can watch them in HD on this service. The quality is the same as a Sky match as are the production values – probably the same OB outfit. But if you had a Sky+ subscription without a Sports flavour to it, FreeSAT HD becomes a very tempting option.

Installing is as easy as changing over the two wires coming from your Sky dish and then following some simple set up protocols. You’ll be up and running in minutes, the only thing you’ll be missing when you are set-up is about 1000 channels you never watched anyway. FreeSAT has about 140 TV and radio channels as of now. When analogue signals are turned off, you’d expect that number to go up.

The BBC’s iPlayer is also available on FreeSAT as long as you have at least a 1Mb broadband pipe plugged in to the back. If yours isn’t working at the moment then it should be very soon – check the FreeSAT online site for the latest on this news as this makes the box even more appealing.

If you’ve had Sky+ then the Grundig box shouldn’t hold any conversion fears for you. Small things are a bit clunky like recording programmes as you navigate but you won’t miss the Sky partitioning of your hard drive with programmes that they think you would like – most of them on expensive subscription packages so you can’t watch them! 500GB on the DVR gives you a genuine feeling of being your own scheduler, just record everything!

Downsides are a noisy fan but it switches off after a while of idling. The programme guides don’t have the panache of Sky’s but hey who cares. Your programme choices may look like they’ve had a drastic crash diet but I bet you only watched a small bunch of channels with Sky anyway. Overall a big recommendation.

Of all the new Canon EOS HD DSLR cameras I’m an advocate of the Canon 5D MKII camera. I love the full frame sensor and the fantastic depth of field it affords the user. Up until now though with it’s locked 30fps and more importantly it’s Auto gain controls (AGC) on the audio recording has meant using quite a few ‘work arounds’ to use it with any serious results.

With this new firmware update all this has now changed. Canon has released a new firmware for the camera (2.0.3). Easily downloaded via the Canon website and then loaded onto your camera via the compact flash card. The main changes are:

For me personally I think the next issue is by far the most important. The worst aspect of the ‘old’ 5D MKII was the auto gain controls (agc), and also the audio rate of 44khz. With the new firmware you are able to adjust the audio manually (not whilst recording though) and also it has been upgraded to 48khz, which is broadcast quality. So now we have a serious sound recording option and no longer need to dual sound record, use a clapperboard, resynch in the edit and use Plural Eyes or the 99.9% rule just to record a talking head or good ambient sound! As I mentioned though the sound level can only be set before you record and can’t be adjusted whilst recording but this is easily worked around by using a sound mixer (SQN, Sound devices, Beachtek etc…)  and setting the level on the camera fairly low and then increasing the level on the sound mixer. This is the same method if you use a broadcast video camera and a sound recordist. Essentially on my Digi beta camera a sound recordist sets his level at the beginning of the day on the camera and then controls the sound level using his mixer.

The Histogram which has been added in the new firmware for video mode is another handy addition and can only help while trying to set your exposure but once again it is only displayed when you are not recording and when you run the camera it switches off the screen. As I say it is handy but it’s not ‘zebras’ and the fact that it doesn’t display whilst running which is probably because it covers at least a 1/3rd of the screen means you have to set it before you run and if there is an exposure change whilst recording you don’t get the support of the histogram when you adjust the exposure.

Finally this last addition I really don’t get at all. You can now shoot video in shutter value mode or aperture value mode. Personally I always shoot in manual mode and don’t really know when or why  you would really want to use these other modes. They would only increase the chance of problems especially in the shutter value mode, because when you shoot with this camera you really want to be working at a 50th in the UK or 60th in USA otherwise you get all manner of problems with lights flickering and stuttering movement. So having these two new video enabled modes doesn’t make sense to me.

All in all I’m really pleased with this new firmware and it shows that Canon does listen to its consumers and it now means that this superb camera can be used in many more serous situations.

My last point is that Canon have not charged for this firmware upgrade and recently when Sony upgraded there PMW EX1 to the PMW EX1R a firmware upgrade was not offered to consumers who had just bought the PMW EX1 camera. They would have to go and buy a new camera ( approx £3000) and their ‘old’  PMW EX1 would now be…old! So well done Canon and thanks.

Another video DSLR training DVD and digital download product from FStop Academy but this time without DP Philip Bloom. Doing presentation and explanation duties for ‘Stills In Motion’ is advertising photographer Drew Gardiner. Drew takes us through a raft of mostly Canon DSLRs, what they can do with video and how you do it.

As you would expect it’s pretty comprehensive and goes from ‘The Fundamentals’ to ‘Applying the Theory’ with bonus chapters on timelapse, slow motion and using a clapperboard. $97 for the download and add $10 for the DVD. 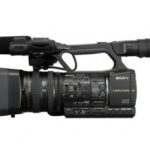 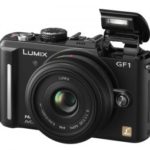 Cooke’s new 35-140mm Anamorphic zoom lens is a monster in more ways than one....

For those stuck in a studio for hours at a time it's a necessity...
Read Here