Posted on Jul 2, 2014 by Definition Magazine

This year, Swedish consumers will allocate over 50% of their home video spend to digital video purchases.

A Futuresource Consulting report has concluded that in 2013, Sweden witnessed a significant shift in consumer behaviour, with a dramatic decline in packaged video coupled with a strong uptake in digital services. This year, digital video in Sweden is on track to account for more than half of home video spend, making it the first market to reach the digital tipping point, according to the latest research from Futuresource Consulting.

“Sweden is an extreme market for home video spend, which excludes Pay-TV and box office,” says Joanna Wright, Senior Market Analyst at Futuresource Consulting, “and it’s witnessing faster changes than most other markets and is one of the most advanced in Europe. A combination of high device penetration, improved infrastructure and new service launches all coming together at the same time, has given the market a perfect combination for high digital video revenue growth. A similar trend has been witnessed in the Swedish music market where packaged music has almost halved in size in two years, with streaming music services now accounting for more than 75% of total music revenues.

“Despite this huge shift in behaviour to streaming in both music and video, largely due to continued use of release windows in the video market, there will be a significant packaged video buying base particularly focussed on new release that will support the growing transactional VoD market.

“As in most countries, Pay-TV continues to dominate overall video spend, accounting for 70% in Sweden in 2013, but there is little subscriber growth and many subscribers are cutting back to the basic TV package and supplementing this with subscription video on demand services instead of premium channel packages.”

Packaged video represented 13% of overall video spend in Sweden, it witnessed its toughest year yet in 2013, declining 24% in terms of consumer spend, but it was still more than double the size of the digital market. However, the packaged video buying population continues to be eroded, with buyers either dropping out of the category or switching to digital services.

This year digital is expected to exceed packaged video revenues for the first time in any country, reaching €153 million for digital compared to €146 million for packaged. This is driven largely by staggering growth for subscription video on demand (SVoD) services such as Netflix.

“2013 saw the first full year of new SVoD services and they quickly picked up a sizable customer base with subscription growing from 4% to 20% of the home video market,” says Wright. “The new entrants to the SVoD market clearly boosted the awareness of services and helped the market grow, Netflix has been a key driver of this and quickly became market leader.”

Moving forward, overall video entertainment spend is expected to reach nearly €1.8 billion by 2018, averaging 3% annual growth between 2014 and 2018. Pay-TV will continue to account for the largest share of overall spend but the growth will be driven by subscription VoD services. 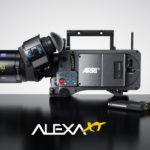