Panasonic has launched a new range of network LED displays aimed at the corporate and education markets.

The LFC70 series is designed with the next-generation wireless technology Miracast, allowing high speed wireless transmission of content, including full HD video files, from Miracast compatible devices to the displays.

Miracast is a new tool for sharing media. Fast connection and very high bandwidth means you can display 1080p video at up to 60 frames per second without cable hassles.

DIGITAL LINK makes it possible to send video, audio and control commands via a single LAN cable of up to 100m. The addition of an optional Digital Interface Box (ET-YFB100G) means you can connect all source devices to the display through one cable, simplifying the installation and saving on cabling costs.

EBU Puts a Spanner in to 4k Broadcasting Plans 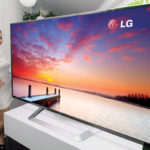