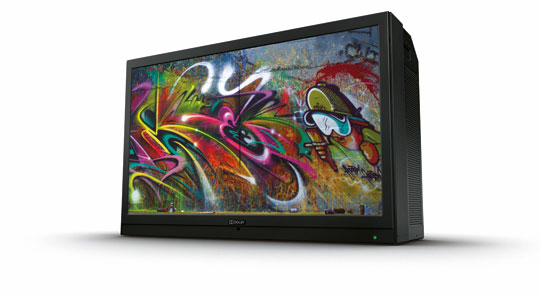 Posted on May 5, 2011 by Definition Magazine

Dolby’s PRM4200 monitor signal’s their entry in to the professional video worldSo the news is that Dolby are making a reference video monitor, it shouldn’t matter – Ferrari make suitcases! Dolby for so long an audio company have in fact come full circle with their new monitor, Ray Dolby himself started off in video with Ampex in the 1950s. Ian Lowe, a new appointment specifically for the new Dolby video sector, presumed and was correct in thinking that a brand like Dolby was good for business and not a hinderance. “We had discussions with post companies about the branding and they said that their customers would just comment on what a great Dolby monitor it was.”

They are right, this is a 42inch LCD device with LED back lighting. The clever stuff is the processing inside which enables Dolby to offer their monitor as a 12-bit uncompressed device. “The technology is top notch and maybe excessive in some areas”, is how Ian puts it. But having a 12-bit monitor ready for any 12-bit workflow is a winning argument.

At it’s core is a 1920×1080 panel able to display up to 1080/60p with an LED array behind driving it. The LEDs are driven proportionately around the screen meaning that if they want to turn them off they can do. A patented Dolby technology modulates the lighting with the image on the screen and the back light, that’s the key to getting the performance. They are 4,500 LEDs available for use and 1,500 per Triad group, all hand selected from a manufacturer. The other components are also ‘best of breed’ selected because of their performance and bought in numbers by Dolby to ensure consistency of that performance.

In the same month as Sony launched their larger OLED monitors, 17 and 25 inch models, we wondered if Dolby ever thought of ditching LCD to jump ship to the new tech, Ian Lowe “OLED’s history has a number of issues, longevity of blue performance being one. There are other issues that are not yet proven so can’t be totally removed from the equation.”

Dolby claim a life for their product of 50,000 hours, Sony claim 30,000 for theirs. So leave your Dolby monitor on permanently and buy a new one in about six years, Sony roughly four. These measurements are usually based on half-life performances and Dolby are confident that 50,000 could be 80,000.

In a way the argument is immaterial as OLED can only produce relatively small monitor sizes at present and a reference monitor at 42 inches is close to ideal. But I’m sure the ‘old technology’ argument against LCD won’t go away in the face of almost continual re-invention, by then Dolby will have some high end customers and Dolby will be nearer that reference label they are seeking.

When a new monitor is launched it is the customers who are always right, Dolby lend out their monitors to customers for a few days and wait for the responses which are usually to do with seeing ‘blacks they haven’t seen before’. Ian commented that when he leaves a monitor with a potential customers it’s almost like they are waiting to denigrate it before they see it as it’s a LCD product. “With any other LCD manufacturer you have about three hours before it’s sent back, it doesn’t do blacks properly and doesn’t perform to a quality standard. For most demos we are there until the end, discussing more finer points about things that they’ve seen rather than ‘it doesn’t meet our performance requirements’.”

Although the monitor is looking to replace the venerable CRT as the reference, it does carry with it all the modern methods of ensuring consistency of colour and look with support for 1D and 3D LUTs and emulations for any look that you have decided on. Ian even boasts that an iPad emulation can be created.

You can see the logic at work here, the CRT is dead but there has been no natural successor. The Dolby monitor looks like a CRT but that’s where the comparison stops. Dolby now offer CRT performance with extensions in to the DCI space with a 12-bit performance. You don’t want to replace your CRT tubes but you can use what the replacement costs would be (perhaps £12,000 per tube) to justify looking at what Dolby are offering.

William Isaac Head of Engineering from Glassworks: I think it’s absolutely superb, it displays all the colours of the colour gamut and when placed next to a Sony CRT for comparison, which is what everyone would do, it stands up very well. You’re getting a full range black to white. It’s very hard to fault, I’ve seen so many LCDs over the past few years and this one knocks them all in to touch. My only fault with it is it’s a little bit green but that is hardly noticeable and only in context with another monitor.

We’re seriously considering buying one for our new Baselight suite in Amsterdam. When I demoed it I only really wanted to look at it in one colourspace Rec.709 and see how it held up to our workflows.

We had it in our telecine suite in London for two days and ran numerous tests , resolution test patterns and so on through it to see how well it stood up to those. It was very hard to fault when putting linearity ramps and other things through it, it performed very well.

We didn’t mind at all that it was a Dolby product, we just want something that is going to perform.

Probably my only concern with a LCD monitor at the moment is where it’s going to go next. If what I’ve heard about OLED technology is true it could be that in a year’s or 18 month’s time it could mean that LCD technology in the broadcast industry won’t ever become a standard and in fact become an obsolete technology. 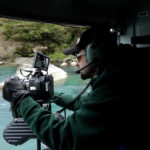 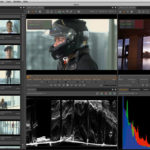