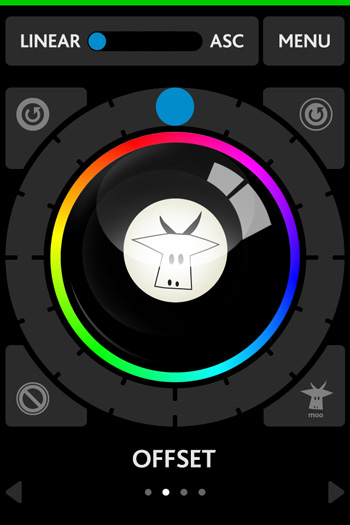 User screen for Airgrade – free colour grading via your iPhone!Now everyone can enjoy the art of colour gradingtheir images with Airgrade (www.airgrade.co.uk), the new, free-of-charge, colour-grading engine that’s remote-controlled from an iPhone, created by The Pixel Farm Ltd (www.thepixelfarm.co.uk), the developers of film VFX software.

Pixel Farm commented: “Starting from scratch, users can become a true film master or colossus of colour. Whether they aspire to be a Da Vinci or a Pablo, Airgrade opens a pandora’s box of colour, letting them bring real lustre to their images. From a base, ‘one light’ grade, to full-on ‘look creation’, Airgrade helps remove the mystique of colour grading to show that it’s not all black magic.”

Airgrade emulates professional film and TV grading tools, and combines a powerful Mac-based grading engine, with a wireless remote control on the iPhone. For the home enthusiast wanting to learn grading tools, all the way up to a professional Colourist, DOP or VFX artist experimenting with looks on-set, “Airgrade puts industry-standard colour science at their fingertips”.

To grade an image using Airgrade, users roll a 3D trackball and rotate a radial wheel on their iPhone to adjust precise tonal ranges using Lift, Gamma, Gain controls – recognised by professional colourists as Shadow, Midtone and Highlights – plus a Saturation control for overall colour intensity. The result appears interactively on their Mac, and on any other connected monitoring device, such as a digital projector. A shake of the iPhone resets the parameters, allowing a fresh grade to be made.

When the desired colour grade has been achieved, Airgrade’s colour engine saves the grading data, in the universally-recognised ASC CDL format (.ccc file) that allows colour decisions to be transferred between colour grading and finishing solutions, and this data can be exported for professional use. The graded image is saved simultaneously to the iPhone’s photo album, delivering a fast visual reference.

Users can get started with this powerful, fun and free application at www.airgrade.co.uk, where they can download the Mac-based colour engine. The iPhone remote controller is available at the iTunes store. 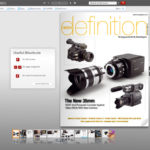 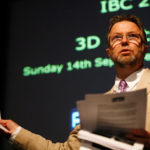