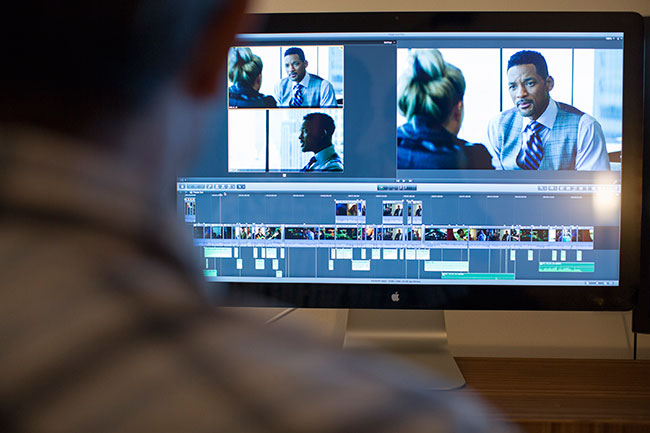 The Come Back Kid

Since Final Cut Pro X was unveiled as a kind of iMovie Pro the knives have been out for the editing platform. But the evolution of the software has been clever and unique and good enough to persuade Hollywood to grant it a second chance. We spoke to the editor involved JAN KOVAC about how he won the job and pushed it through to the final edit.

Q. How did you end up using FCPX on the FOCUS movie?

A. I used it on a small project in Fall 2012. At the same time the directors Glenn and John were talking to me that they wanted to do the feature on Final Cut – we are long-time friends, we’ve known each other since ’91 – so I jumped at the opportunity to work with them. But using FCPX on a Hollywood Studio feature was a new thing and the honour really goes to Glenn for pushing it through.

Q. So what did you need to do to convince the studio?

Well, I was a first time feature editor plus we were bringing in a new editing package, so it’s not just cutting the feature, it’s all the things that happen downstream once the movie is finished – versions for TV, different international versions – things that happen long after we’ve left the movie. The responsibilities of the post people at the studios are very different to ours, so they have a right to be conservative and to be sure that everything works. Also, they need to be sure that if anything happens to me, or they aren’t happy with my performance, they would be able to continue with the project with someone else, so they didn’t want to be tied into Final Cut and just me. Luckily they didn’t need to go to someone else!

Q. So did you do tests before production to show that the project could move to another NLE?

Q. How much of the sound did you do in FCPX?

Our sound designer created a sound effects library for us, based on the script. One of the reasons we wanted to use FCPX was to be working as closely as possible to the final film – so we were cutting 2k pictures – theatrical resolution basically. The same goes for VFX and for sound, so we were using as many final quality elements as possible from the get-go. The sound library had very good effects and backgrounds, so I was cutting them in and doing EQ and so on in Final Cut also. The EQs don’t translate over to ProTools, but they were useful for us to preview the film so it wasn’t just dry dialogue. The goal is always to have less disclaimers when you show the film to the producers at early stages. You get better feedback.

When shooting wrapped the team moved to a dedicated editing suite in LA. New Mac Pros made everything faster. Image © Apple.

Q. What did you use before FCPX and how was the transition?

I was using FCP 7 before – I kind of grew up with it – I haven’t used Avid for six or seven years. I used both FCP 7 and FCPX for a while at the post house I worked for, though I couldn’t use FCPX on the TV shows I was doing as they had to output to HDCAM SR. But since the Fall of 2012 I started to do some file based projects. The transition wasn’t very painful for me, as it for others. I didn’t really look at FCPX before 2012, so I didn’t notice the brew-ha-ha when it first came out. I just jumped into it and it was really refreshing to see a system working on a different paradigm. It was exciting to learn a new language – a very beautiful and simple language but still a new language. It seems to me that you see a lot more use of FCPX in TV and film outside the U.S., and my very unscientific theory is that people in Europe are more used to learning another language! (Laughs) It’s very unscientific. I really liked the magnetic timeline and the trackless environment – it made you feel like you were playing, not really working. Ten years ago or whatever, when Final Cut first appeared on the scene, it really felt fun to use and FCPX is the same – any time you can feel like you are playing rather than working then I think you should go that way.

Q. A lot of creativity comes from playing?

Absolutely. I mean it lets you stay longer in the zone. On a long project like a feature film – you are in the cutting room for 10 months, maybe 12 – the most precious commodity is perspective. You need fresh eyes and I think FCPX helps you to keep those fresh eyes. There is less clicking – it’s more playful – and working together with the Directors as co-editors in a team also gives you that perspective.

Q. Just as a technical question, how did you manage collaborating with the Directors, integrating their edits into the master timeline?

I had the master library and then we had a transfer library. Later on we upgraded to 10.1 which makes it a lot easier. Now you can keep the media files outside the library and so on, so we’ve changed the way we work now.

Q. Can you tell us more about the workflow that you put together with Michael Cioni at Light Iron?

Well, the big thing we were doing was we were mostly shooting ProRes 4:4:4:4 12 bit on the Alexa – we shot Arri Raw only for VFX – and we stressed tested the picture. You know, we put it on the big screen and blew it up 500% and compared it to the Arri RAW and the results were pretty amazing. Michael Cioni spearheaded this with the studio – I don’t think anyone was really doing this before on a studio picture. Light Iron were processing the dailies and supplying them to department heads to watch on an iPad or whatever. They also provided our editorial dailies – doing the anamorphic de-squeeze and providing us with 2k files with a baked in CDL in LogC. Final Cut would automatically see the flag and flip it to Rec 709 which gave us a lot of latitude if we needed to colour correct something in the edit, but we still had the look they established on set on the Light Iron cart. So Michael Cioni really designed that part, and then he designed the workflow to go from FCPX to Quantel Pablo for the final finish. It was the only time we had to conform, and it was the last hurdle that might have been a pain, there were CDL values for each shot so taking the footage and the CDL on to the Pablo they said was a ‘painless experience’.

I want to say how good the proxies are in FCPX, they are FCPX internally generated proxies that allow you switch between original media and proxies with one click. When I was cutting in New Orleans in my trailer I was using the full 2k 4:4:4:4 and projecting them at full resolution, but then I could cut at home of on my laptop using the proxies from a G-RAID. Then in Buenos Aires I had to use the proxies because I was cutting in my hotel room and, for security reasons, I could lock up the G-RAID in the hotel room safe, rather than having to carry a huge RAID array down the basement for the manager to lock in the hotel safe. Then I could go back to the edit suite, connect my system to the RAID and it would relink to the full resolution files – that process was just so valuable. I used the sub-frame audio editing – particularly cutting music – and that’s something you can’t do in Avid, you have to go out to ProTools. Most of the movie was shot with two cameras so we used multicam – I think about 96% of the movie was multicam and that’s really good in FCPX. You lose some of the functions, like tracking – for that you have to go to a single camera which is a bit of a pain, but basically we loved the way multicam works in FCPX.

Q. You were pulling in metadata from the sound recordist but was there any other metadata you used?

Yeah. One of the things the directors missed from Avid was ScriptSync. The way they work they like to explore tonal shifts in the film, and to do that you have to the whole gamut of performance available to you, from comedic to dark, and once you are in the edit you want to be able to dip into them, depending on what the movie is telling you – which direction to go in. The Avid system allows you to audition, quickly, all the takes of a given line. So we tried to emulate that, or to give them something similar. We used line numbers from the scene’s script and created keywords – lines one to three, three to six and so on. Then my assistant went through the takes for each group of lines and keyworded the performances, so you were never more than a couple of lines away from the line you wanted and it was a really quick way to audition all the performances. The directors were really happy with that and, although it took quite a lot of prep time, my new assistant Kevin Bailey wrote a piece of software called Shotnotes X which now automates some of the process of getting the metadata in from the script supervisor, so it’s even faster now.

FOCUS ON ADVANCED WORKFLOW – PART I from Light Iron on Vimeo. 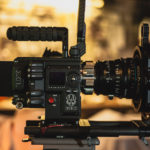 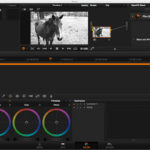