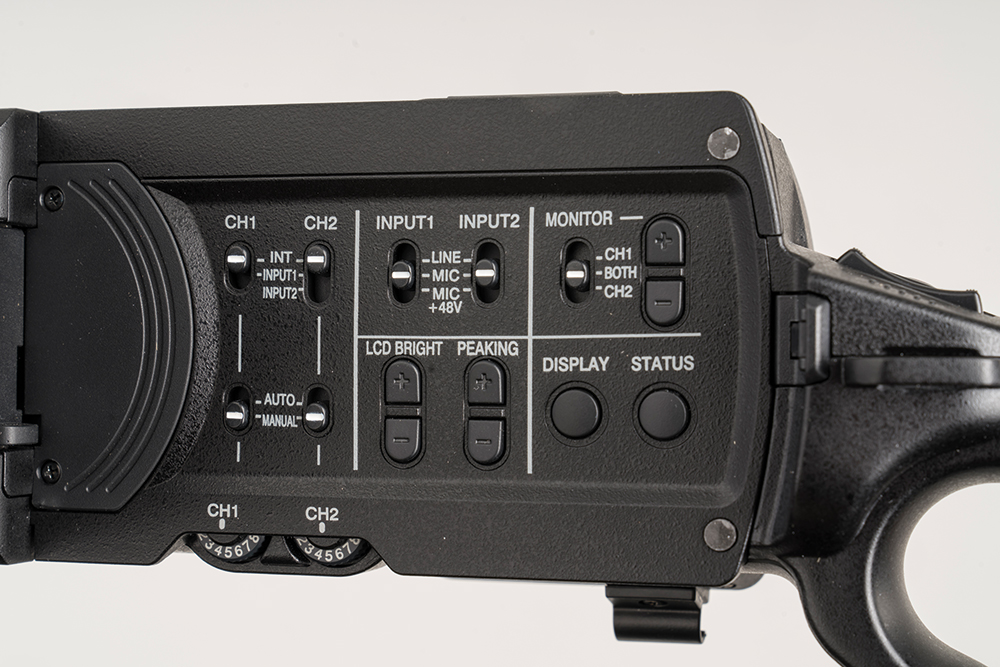 The HC500 offers a bright, fold-out screen and detailed menus

For independent filmmakers taking a tentative step into the potentially lucrative realm of live streaming, there’s a brave new world of exciting, emerging yet potentially complicated technologies. It’s only been in very recent years that live streaming on social media platforms has become possible, and now, for everything from church services to sport events, professional streaming is in high demand from clients – and there’s cash to pay for it.

With broadband Wi-Fi, 4G  – and soon 5G mobile technology and wired ethernet – it’s possible to stream your footage without massive expense, and the public use the same technology to see the content on their smartphones, tablets, laptops or smart TVs.

The reality is that live video streaming is not new at all, and has been around for decades. It’s live TV, but traditionally this was always the domain of broadcasters, with their finely-honed technology, big OB trucks and satellite uplinks.

So it’s perhaps no surprise that the camera company really leading the headlong charge into streaming for non-traditional broadcasters is one that has loads of experience making workhorse kit for TV companies. JVC has taken what it has learned from years of working with television and blended it with the latest large-chip sensor technology in new cameras such as the GY-HC500, the most affordable of the range.

The predecessor to this camera, the JVC GY-HM660, sold in bucketloads to TV firms who wanted a broadcast-ready, ENG-style portable camera that could be used by trained cameramen or news journalists grabbing a camera for run-and-gun work. The BBC alone bought over 700 of them, and they are still in daily use.

But technology has moved on, and the demand is now for larger sensors with their great low-light performance and shallow depth-of-field giving a cinematic look, plus 4K and HDR as well as streaming. All those things are in the new HC500 – at £3180/$3900 actually cheaper than the HM660 – which uses three smaller sensors and has no 4K or HDR. It’s easy to understand why the demand for the HC500 has been high since it was unveiled to the public.

Filmmakers have to wait a little longer to get their hands on one – the camera may be available to pre-order, but its spec and firmware has not been finalised. We got our hands on a fully-functioning prototype but as it’s not a final product, it would be unfair to take a critical look at the actual footage. We’ll do that when the finished version is out.

Getting up close with the camera shows it’s a seriously professional bit of kit, with a significant weight and ruggedness to it. It’s meant to be tough, and has a splash proof body made out of magnesium, and the JVC-branded lens has a decent amount of glass in it, in order to be useable in manual focus mode as well as to provide a fast maximum aperture and an image circle large enough to cover the one-inch CMOS sensor.

Large-capacity SSDs are compatible: just plug them in using the optional SSD adapter – and go

What really makes the HC500 special is its connectivity, and JVC has gone to great lengths to ensure it comes with more options, currently, than its rivals. This allows streaming via a range of networks to most of the popular streaming services, including Facebook and YouTube.

To stream, you can either plug the camera into a wired network via its ethernet socket, or use an inexpensive plug-in Wi-Fi or 4G dongle. The camera’s big brother, the more expensive HC550, comes with its own Wi-Fi built in. It also has the TV-standard MXF format, GPS and broadcast overlays so is more suitable for TV use.

The HC500 camera can stream in HD or SD at up to 24Mbps with very low latency of around 0.5secs. That’s a high bitrate for streaming, as Facebook Live only runs at 5Mbps and Sky Sports transmits live football at 12Mbps. So 24Mbps is way above what anyone currently needs and is a great future-proofing option.

When the camera is connected to a network, its controls can be altered remotely via a smartphone or PC and there’s an auto FTP mode, so as soon as each clip is shot, it automatically transfers to an FTP server ready for editing. And straight from TV land is the Return over IP function, which allows the camera to receive video footage from a remote location – such as a TV studio or base station. Television crews have used it for years, but it’s new technology for independent filmmakers.

Of potentially more interest is that the camera has the right RTMP format for shooting directly to Facebook Live and YouTube, where many rival cameras – even those marketed as connected cameras – still don’t. With this camera and a 4G dongle, you can start streaming to the most popular sites in minutes.

Where the camera also delivers is as a very capable large-sensor machine offering some very robust codec, for serious grading and a cinematic look. This is ideal for not only ENG work but documentary and more creative films. The headline is that it records 4K/60p in 4:2:2 10-bit in Apple ProRes, with support for its own Log colour gamma to maximise dynamic range in post processing and built-in HDR/ HLG for the latest TV sets.

“Technology has moved on, and the demand is now for larger sensors”

ProRes is a very data-hungry format, and as the camera uses twin SDXC card slots they just weren’t going to be fast enough. So JVC have developed the camera’s own SSD caddy, which takes small-sized 2.5in M.2 SSD drives and goes straight into the camera. Fast SSD drives like this are relatively inexpensive and can be bought in huge sizes. It’s a good solution to the problem of massive files and the speed needed to record 4K/60p in ProRes. In ProRes 422HQ for the highest quality, a 1TB SSD will record for around 75 minutes, while the standard 422 lasts for around 113 minutes, and 162 minutes in 422 LT.

At 4K/30p in even the largest ProRes settings, the camera will record to fast SDXC cards. It’s just the 4K/60p that needs SSD, but it makes sense to use this slot anyway for its faster speeds. What the camera does do is offer a wide range of codecs at a variety of speeds and sizes, to allow the user to make a choice between the highest 4:2:2 10-bit quality for editing afterwards or lower 4:2:0 8-bit – or even SD at 8Mbps for speed and potential streaming.

The HC500 is extremely robust and boasts excellent weather resistance

One much appreciated feature is high-speed recording of 120fps in HD, for up to 5x slow motion. This is ideal for creative slow-motion shots and is helped by the one-inch CMOS sensor and fast lens. Although obviously smaller than a full-frame 35mm or Super 35 camera, this sensor is built to give a wide dynamic range, low noise and the shallow depth-of-field effect beloved of cinematographers.

The larger sensor and 4K quality means focusing is more critical than ever, and the HC500 has lots of the advanced options you’d expect from a modern camera. The triple rings on the lens are great for the traditionalist, with focus peaking available to help get everything easily pin sharp. But for AF, there are lots of customisable options in terms of speed, sensitivity and the area that the AF points cover. There’s one-button AF that many cameramen use to get the focus near, then fine-tune manually.

However, if you are used to the bells and whistles AF systems of Canon with its Dual Pixel AF, or Sony’s A7 range with hybrid phase detect and focus detect systems, then you won’t be overly impressed. There’s no touchscreen to do touch-to-pull focus, for example.

For a more traditional camcorder, however, it’s a decent system, and there is now Face Detection – this not only detects a face in the frame but switches to manual focus when the face is obscured, rather than the camera focusing elsewhere.

In fact, the rest of the camera is largely what you would expect from a professional-level camcorder made by a company with decades of TV experience. The menus are clear and detailed, the buttons are easy to use and understand, and can be customised extensively; the servo zoom is smooth and responsive. There are twin XLR inputs with proper dials hidden behind the fold-out screen, which is high quality and bright, and offers all the tools you’d expect for a camera of this type.

The camera looks and feels professional, has the controls just where you’d want them and an impressive spec. We can’t wait to get hold of a finished version to see how it performs in the real world.

Buttons and dials are well laid out and easy to access

A few years ago the world of filmmaking went crazy for large-chip cameras and the lovely cinematic look they can produce. There followed the rush towards 4K and some 120fps super slow-motion, plus Log shooting and a high-quality Apple ProRes codec. Now HDR is the latest must-have for any serious pro camera.

Not only does the HC500 have all this but it also excels as a streaming camera, with well thought out spec that shames many of its far more expensive rivals. And it also brings new features such as the SSD card via a caddy, which is a great way of handling massive files at speed.

There’s a fast 20x zoom, which is a 40x if you choose to shoot in HD. Traditional controls such as gain switches and ND filters that an experienced camera operator will appreciate, as well as all-auto functions to help the newbie.

Camcorders have come a long way over the years. Affordable and rugged, the HC500 is leading the charge as a camera that can pretty much do it all. 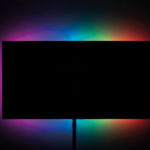 VMI prepares for its ‘Superhero’ campaign