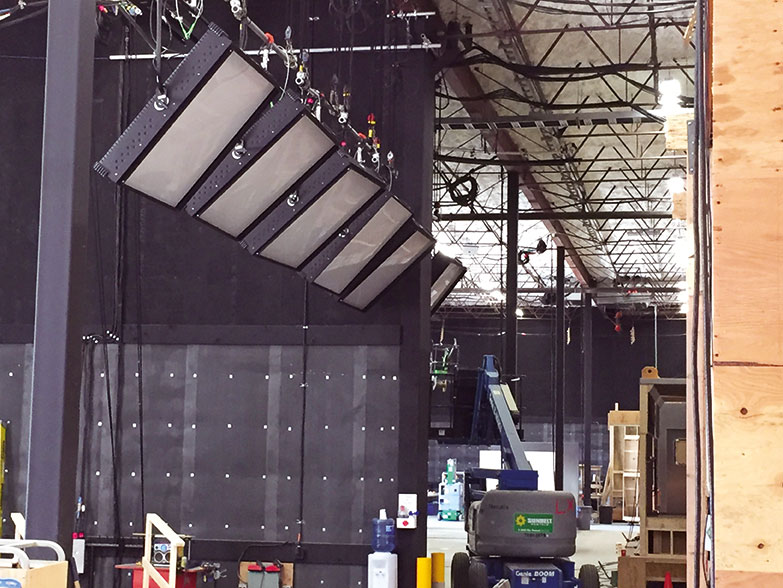 Inspired by the 2013 movie of the same name, this 2018 TV pilot had to deliver an innovative lighting design for its post-apocalyptic journey

Robert Finley has an impressive production history, and one sufficiently varied that he’s difficult to sum up in a job title. Involvement with Industrial Light & Magic in the early 1980s led to credits on The Empire Strikes Back, Raiders of the Lost Ark, Dragonslayer, E.T. the Extra-Terrestrial and Star Trek II: The Wrath of Khan, and Finley has since worked not only in visual effects but also as a DOP on both main and second units, and as a gaffer on productions including the Matrix sequels and last year’s The Jungle Book. Recently, he worked with DOP Anette Haellmigk on a pilot for the TV adaptation of Snowpiercer, based on the feature film of the same name. The production depicts a future in which the last remnants of humanity survive a permanent winter aboard a train endlessly circling the earth. Thus, it’s almost entirely an interior production, although it frequently references the frozen landscape outside the train.

Finley and Haellmigk’s professional association began on Spider-Man 2, on which Haellmigk worked as an additional director of photography and B-camera operator, while Finley gaffed. “She knows my background in VFX,” Finley begins, “which is quite heavy… When [Snowpiercer] came up I had done Murder on the Orient Express. I set up the LED lighting walls for that movie. I’ve done a lot of integrated lighting with movement and such. When she was going to do this and had to use all local crew in Vancouver, she was apprehensive and wanted some help. She asked me to come in and be a lighting consultant, work with the local crew and get them started.” Given the scale and ambition common to current high-end television drama, Finley is happy to describe the 24-day shoot as, “really a movie.” In the end, he went on to stay for the entire production.

The technical approach was naturally dictated by the creative intent. Finley continues, “Anette had a particular style, a particular texture that she wanted. She wanted a lot of it very practical, interior scenes… I’d say sketchy and dramatic, low light when appropriate and a lot of influence from what was outside the train when it was appropriate. Maybe half the cars had the influence of some sort of light coming through windows from outside. It’s post-apocalyptic and it’s a hundred and forty-four degrees below zero outside, it’s a frozen plane and it’s snow, but sometimes it’s sunny, it’s cloudy – we went through a whole weather script of what was going to be outside. There are going to be a lot of shots of the train whistling along the tracks in varying environments of weather, and we wanted that to translate inside.”

Shot entirely on stages in Vancouver, the production needed to evoke a feeling of a moving train, combined with the unusual situation of bounced sunlight from a snowy landscape which would often be brighter than light from a blue sky. “We had direct sunlight, but the majority of the feel was giving it the [feeling that] sometimes it was stronger from the ground, sometimes it was stronger from the sky, sometimes it was overcast and you don’t feel anything, and it’s just really soft.” This sort of flexibility could only be achieved with programmable lighting, but, “we didn’t have a whole lot of space,” says Finley. “The stages were a good size but we put a lot of sets on those stages, and there are pillars because it’s not a stage built from scratch. You’re finding more and more that everywhere there’s a big building, [someone says] ‘let’s make it a stage’. And I needed something that would give me movement – we wanted the surface inside the train to reflect that movement, the light to give some feeling of motion.”

The first solution that sprang to mind was that which had been used on Murder on the Orient Express – the use of LED video panels to create moving light. Unfortunately, that couldn’t be done on Snowpiercer. “It would have worked fine but they didn’t have any background plates until afterwards. You have to have that stuff first in order to have the LED walls. I was hoping that the LB1Ks from Cineo were going to be ready and done in time, because I worked a lot with Cineo as they developed the light.”

“I’ve been using the Cineo products since their very beginning,” Finley continues. “I’ve known [Cineo CEO] Rich Pierceall since the first HS lights started… I thoroughly run them through, bring them on set, try them out, look at the colour, look at the qualities of the lights, which is what I’m interested in.” Finley had also worked with the Cineo Quantum C80, which he describes as, “what we’ve been asking for in the lighting world from the LED world – a big, soft source. We make all these tiny LED lights, but I want something that’s going to be sizeable and something I don’t have to use in the room. Something I can use outside. The Quantum was the first realistic outside-the-set kind of LED light that you could use without building an array of Cineo HS lights or Skypanels and put them in a big box.”

Inside a static set, the team created the impression of epic chase sequences.

Given the need to be flexible, Finley recommended Cineo’s then-upcoming LightBlade system, which he describes as, “an agile kind of light.” The LB1K comprises an array of independent, long and narrow LED segments with colour and brightness control capability, which enabled Finley and Haellmigk to accurately recreate the lighting situation aboard a moving train at various times of day. “The warmth of the sun, the cool of the deep blue sky…has got a lot of colour in it. Being able to mix the daylight and tungsten feel in and have the effect of movement made the LB1K the light for me.”

Some of the earliest LightBlade units made were used on the production, both as overhead skylight and underlighting from the ground around either blue-screen or day-blue backdrops designed to be visible through the windows. Board operator Erin Nelligan used an ETC Ion desk to control the lights, using the controllability of individual LightBlade or LB1K units to help create high-resolution chase sequences simulating the motion of the train.

The decision will soon be made – in fact, may have been made by the time this goes to print – as to whether Snowpiercer will go into series production following the Pilot. Finley’s confidence in Cineo’s colour technology seems likely to endure regardless.  “The HS light reproduces skin tone better than any other LED light… I’ll use that light directly on skin tones when I won’t with any other light. Chuck Edwards, the colour scientist, and I have had lots of conversations about what’s important and he gets it.” Beyond this, Finley feels, Cineo have “solved the problem of what happens when I put a gel on a light. I want it to be whatever colour temperature I’m working in and then to put a colour on it, to add saturation to it… What everyone has been doing for countless years is putting gel on whatever light they’re using, be it tungsten, HMI or whatever. This takes care of that.”

Finley’s involvement began in August and, despite the initially intended brief engagement, ran until early October. There’s no guarantee that the same crew will work on a potential run of episodes, but Finley seems enthusiastic: “The project was great. I had a lot of fun, good people. I hope it goes to series.” 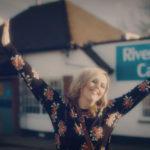 Get your face on

Raw but not as we know it 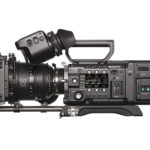