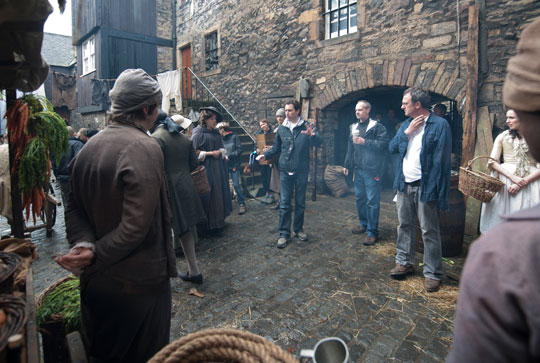 Garrow’s Law Series 2 shot with a two camera RED packageI departed from the F35 and chose the RED camera to photograph the new series of Garrow’s Law. The F35 acquires a fantastic image, but it is a large and heavy camera. We knew we wanted to keep the 35mm depth and detail but demanded much more portability. The change of camera came about to implement the change in shooting style and speed. This series was to be a two camera shoot 90% of the time.

“I rated the cameras between 250 and 320 ISO, this gave us a working stop in the studio of T2.8/4 rising to T4/5.6 in the ‘Old Bailey’ set to reduce focus issues. Some of the sets were too small to be able to achieve T2.8 but my 1st ACs (Scott Rodgers and Jaspreet Bal) did a fantastic job under pressure.

“I was well aware of the overheating issues on both the F35 and the RED. I decided to throw all the light through the windows and then use white/silver bounce boards to reflect the light back onto the artists for fill. We still had some very hot sets but lighting up for a stop of T4 at 250 ISO is always going to generate heat. We lost very little time to camera overheating, rectified with handheld computer fans carried by the camera department.

“Ashley Pearce (director) and I had very similar views on how we wanted to move the series forward visually. He sited Kubrick’s Barry Lyndon as a reference, noting the use of location as a character, and the use of light and dark areas within the frame opening or closing space down to direct the viewers gaze. I looked at period and contemporary films for specific story elements. We had great fun putting together the visual ‘bible, it remained on set for constant inspiration.

On Set with Garrow’s Law and RED“On location we had a very busy schedule, Ashley and I discussed ways of opening up the world in this series; seeing more of ‘Hogarthian’ London juxtaposed with the land and houses of the gentry. We also wanted to be ‘with’ our characters, shooting on wider lenses closer to them. With the 35mm chip there was no need for long lenses to drop away the depth of field, 35mm DOF is stunning on any lens. We were not going to sit back on a zoom and follow the action. Hiding the two units from each other required a much smaller camera, especially when we moved into the studio. The RED’s size and portability also meant timesaving during camera moves, setup and working in tight corners! Breaking away one of the units became much easier too.

“The RED saw everything so it was more important to find ways to remove natural daylight and building depth of light from scratch. We used a lot of negative fill as period locations tend to have very light coloured walls. We also chose to inject a little more colour into ‘Series 2’, it’s still desaturated, but the colour now helps with separation and depth.

“Atmospheres were fundamental in bringing reality to the images. We used rain FX for the first episode, shot at various speeds, the RED renders a beautiful 50fps image. I employed smoke whenever possible, even a subtle drift in an exterior background shot, faking morning mist, added atmosphere.

Two RED Ones were used 90 percent of the time“Each episode had a very different story and so this allowed the lighting to evolve. On set I wanted to continue the theme of ‘a period world outside the window’ and so used beams of light and smoke to bring the outside in. Punctuating the base stop with blown highlights were possible. The smoked softened the image and accentuated the source lighting. I used Cooke S4 lenses with Classic soft filters to add a further softness and added more contrast in the lighting. The RAW image looked far from flat. I like the overall look of skin tones and the kick in the highlights off this combination. It allows me to blow highlight detail in areas of the frame without the hard edges that HD sometimes gives when clipped white and solid black coexist.

“Lighting was made easier by Ashley’s insistence that this was a new chapter. It allowed me to shake up the visual style and he encouraged me to tell the story through camera and lighting much more. The ‘love interest scenes’ are high key, the ‘plotting against Garrow scenes’ remain low key but all should represent where we are in the story without losing site of the time period. Obviously windows remained the source for day scenes, candles and firelight flicker were our only source at night. I’m not a big fan of moonlight being a key light source so I kept the night interiors warm and low key.

“The jail cell and corridor were changed completely from series one. The corridor moved from location to the studio allowing more control. Again daylight through smoke provided limited pools of light and wall mounted candles accented the night scenes. Our key source were oil lamps (running battery powered bulbs). The daytime cell was lit entirely by shafts of light entering from above. These were bounced back into the room from white sheets placed on the floor. The art department dropped water and dust through these skylights for atmosphere generating the feeling of activity in the ‘courtyard above’. The RED camera held detail in the extreme highlights as artists passed through these skylights.

Gavin Struthers centre with coffee was the DoP“18th Century London was very dirty, noisy and smokey but in designing the ‘look’ it was important to remember the TX slot, this was a Sunday night BBC1 show, it had to sit comfortably in that slot but push boundaries, something the first series did exceptionally well. I added some dutched angles where appropriate and looked to using wide lenses for closeups where possible.

“I could light The Old Bailey set slightly differently, without taking away any of the beautiful atmosphere it had in the first series, because we spent most of the time close on wide lenses on the actors. I could afford to model faces from the floor (albeit for multiple camera angles). I also wanted the feeling of time passing or changes of weather outside the court. I designed three lighting states for the Bailey, all of which could be pre-rigged. The Bailey set was then redressed for the Westminster Court. This set had a further three lighting styles pre-rigged to give a sense of time passing (the trial takes place over one whole day). When working at this speed everything had to be planned ahead, I didn’t have any time during the shoot to change my mind.

“I had worked on the RED camera previously and think its images, colour reproduction, slow motion, and contrast are beautifully filmic. The production, post house and director were new to the RED experience.

“Because the 35mm feel was paramount we shot 4K (dropping to 2K for slow motion work). This allowed us to keep the all important wide angles. This meant we were writing a lot of data. I employed a fantastic DIT (James Stormer) who kept a constant eye on rushes. We wrote to CF cards 99% of the time, (the drives had frame drop issues early on).  This established a way of working more akin to shooting film, 10 minutes of footage per card before a reload.

“The cards were transferred to my RAID system on set. I use a Drobo unit which carries four hot swappable drives and can store eight TB of data. A copy of the days rushes were then transferred to a G-Raid for the edit suite, we kept a back-up on the Drobo drive. This ‘on set’ workflow worked very well. The rushes were transferred overnight and the G-Raid returned to set, DVD rushes were produced at the same time and the editor was working in a converted file format (not R3D).

“The AVID editing software, designed to implement the RED workflow, had only been out three weeks and suffered from the odd glitch. Firstly we thought we had corrupted data, it turned out to be an issue with the data transfer to the G-Raid drives. We solved this by running a piece of software which made sure all the 1s and 0s were exactly the same on each copied file. Secondly, the AVID itself had some early issues with the data. I had only ever seen a FCP workflow in action and the AVID software struggled causing the system to crash periodically.

“I requested to grade using the Raw data and so following the off-line edit an EDL and drive with the R3D files were sent out to the grader (Vince Narduzzo) for conform on the Nucoder system. We graded using the log files which gave me a huge latitude from which to create the new look. The final graded picture was then copied to HDCAM SR tape for track lay and mix. We did all resizing, digital zooms and image stabilisation in the grade. Vince was able to access the 4k files when required to minimise any potential loss of quality. We graded on a projected HD image from 2K files.

“I believe that the RED camera was a catalyst in moving this format forward in both quality and camera size. All new technology has teething problems but RED Build 30 has ironed out all my previous concerns. Now the MX chip has been released we shall see how that compares to Arri’s Alexa.

“As 35HD is starting to go the way of tapeless acquisition its important not to underestimate the vulnerability of drive based systems, hard drive failure can mean the end of your data. Learning this the hard way has made me very respectful of the process and backing-up data is crucial. Having a good DIT, solely responsible for transfer and ‘neg checking’, who is aware of edit suite requirements and post work flow will put the production at ease.

“An optical viewfinder is always preferable over the EVF and the quality of EVF varies between cameras. I know Arri are planning an optical viewfinder for the Alexa but cost implications may well put that out of reach of the television market. The RED has its EVF problems but so does the Alexa so this is where we need a little more attention in the future. 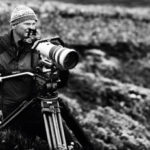 Why Connected TVs Will Always Be In Mobile's Shade 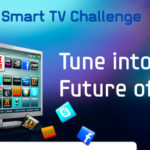