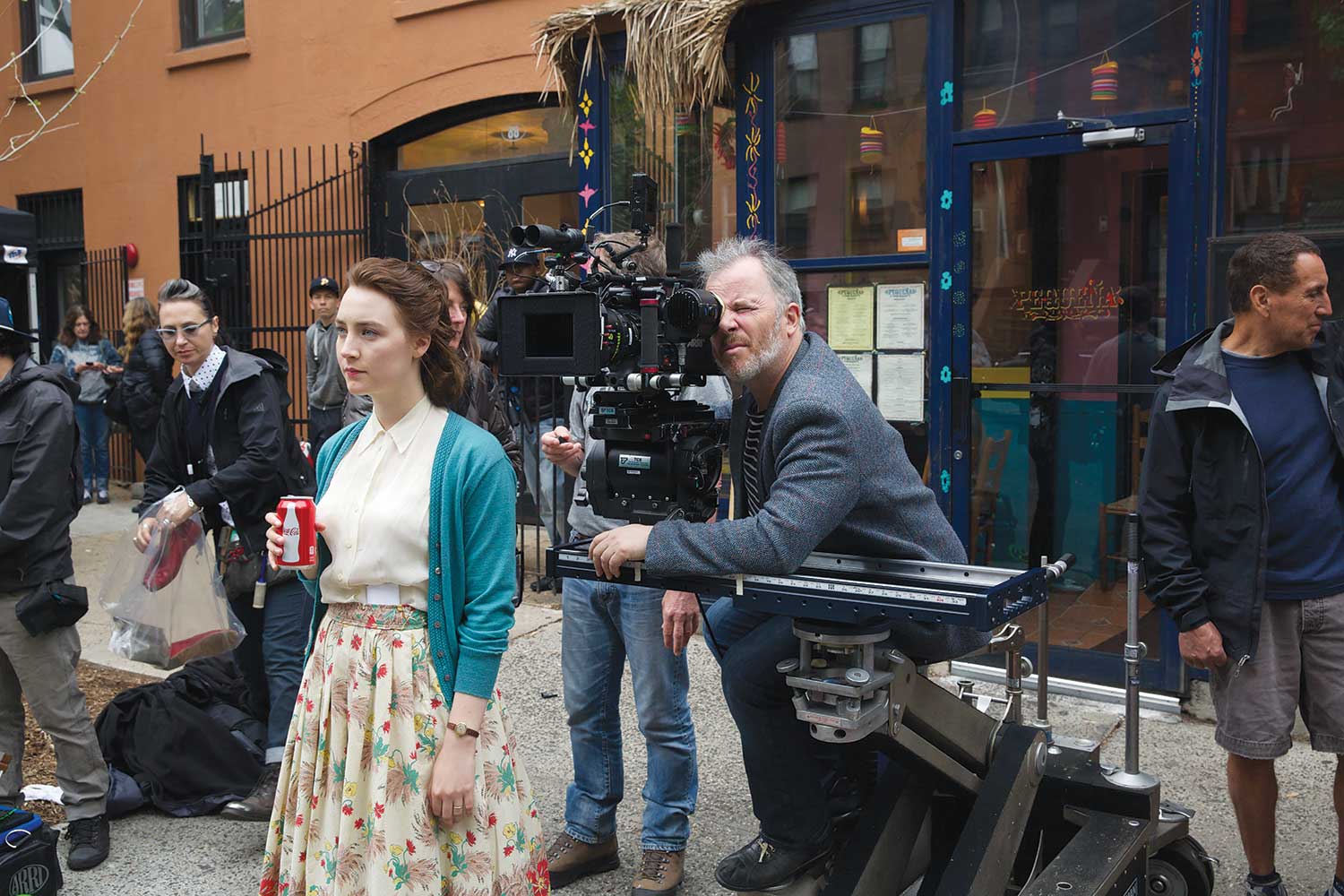 Yves Bélanger took advantage of a the production and costume design in his own lighting design.

Critics have called it restrained, low key even but maybe that is a comparative stance because most of them have lauded the movie as above all beautiful to look at. Cinematographer Yves Bélanger wanted to make Brooklyn because his thought was to try a period piece. Recently Yves was known as the DP for Dallas Buyers Club and has since shot a couple of thrillers so as a career choice ‘Period’ made sense. But what the job turned out to be was a study of emotion through the study of faces, more directly the study of the star Saoirse Ronan and her character’s emotional choices.

“I had done something ‘period’ before but I felt that sometimes we were too careful as if we were shooting something in a museum, everything too clean. So Ihad an idea of how to make this piece, to make it look alive, look real. I also didn’t want it to look handheld, reportage.” Ironically half the movie ended up being shot handheld but you wouldn’t know it. “Luckily John Crowley the director had the same idea. He wanted it to look beautiful, classic but at the same time free and loose. Again that’s why a lot of shots are handheld but we didn’t want to bring attention to it. If you have more budget you have wider shots with lots of extras otherwise a lot of time you are on the crane or steadicam.

“We never really talked about whether we were going to shoot it film or digital because we were shooting in countries where there were no labs anymore. I was quite confident that using the Alexa I could do whatever I wanted to. But when I saw the costumes and their subtle colours for the first time in my life I did test the camera to make sure that the colours would come through.”

The movie has a lot of close ups so Yves had to choose his lenses carefully and design a lighting regime that didn’t tip over in to TV drama. “You have to choose glass that is nice for the skin tone. In terms of sharpness I did use some diffusion like they did in the 50s. There is only one sex scene which I just treated like other scenes, the most realistic I can with a minimum of light – a couple of lights, one coming from a window other than the practical lighting.”

Again that was handheld but there were less people in the scene so Yves had room to steady himself.

“There are a lot of ‘meal’ scenes with the other girls and also at her Italian boyfriend’s house. These were all lit with one large light coming from the ceiling above the practical light but it was surrounded with black fabric so it wouldn’t spill on the set which was only lit by the practicals. So everybody had a nice soft light, a bit ‘top-y’ but still nice because it’s big. With that arrangement we were two cameras so we could shoot two cameras at the same time handheld. We could move them in to position very fast so the actors didn’t have to eat for six hours only for three! I could put my elbows out to steady me even though I was handheld, we didn’t want to show it being a handheld scene. About 50 percent of the movie was handheld but you don’t see it.”

The fact that the lighting might look like a high end TV drama like Downton Abbey for example is more of a compliment to cinema because that is what TV dramas are trying to mimic. “Between movies and TV it is always back and forth depending on techniques and available gear. For us it was a question of practicality and we knew it would look nice.”

It may seem like a simple solution to present the differences between Ireland and New York as a tone change but Yves used lens choice and diffusion to help accentuate the look of the two places to drive the narrative. Ireland cold and grey, Brooklyn lively and colourful. “We used older Zeiss lenses for Ireland which were good but maybe not as sharp as the new lenses. I also would light those scenes in more of a rough way. Once she comes to America, because it’s a dream and everything, I shot it with Master Primes in a very modern way, very sharp but at the same time very forgiving to the skin and added a bit of Hollywood Black Magic filter just to give a little glow. I kept it when she came back to Ireland because she had changed.”

To light the main actress Saoirse Ronan Yves wanted a classic look with a nice key light. “We wanted to get a classic Fifities look but shot now. In the grade we added a little bit of pinky Technicolor touch for the American scenes say in Coney Island but that was really subtle. Everything was in camera, the colour temperature with the costumes and the art direction. The diffusion helped with all these colours but was really carefully chosen. In a way my job is not to ruin what the production designer and costume department has done with my lighting but to work with it. Again we were conscious not to shoot it in any period way but I just shot what I was seeing.”

An example of that was in a scene when Saoirse Ronan is helping out with homeless people at Christmas and Yves instructed the effects guys not to use any smoke machines in the scene but to let the people in the scene smoke. “In real life in that era you would have many people smoking, after an hour or two everything looked beautiful with this perfect smoke effect, much more realistic.”

By his own admission Yves is in love with the human face, “Just look at my films you can tell. My speciality is close ups of women, men too but my first choice is women.  Saoirse Ronan has a classic face, a round face so for her keylight I used a China Ball light which is round like her face, that’s why she looks so great.

“I prefer digital to film and the market is looking so promising. I like Alexa because it is exactly like my eyes, it’s what I see. Digital is great because there are fewer steps to get the result you want. You shoot it and the rushes look exactly as you expected without any processing worries. I don’t use a DIT, I just have someone who takes the cards and puts them in a hard drive to make copies. I do everything in camera and shoot everything raw especially when the colours are so important. It depends on the movie if you want to shoot raw or not. On Dallas Buyers Club we didn’t have the money but the movie was raw anyway! 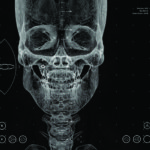