Updates to the Aerigon II UAV include the launch of Intuitive Aerial’s 2.0 image stabilisation technology for full size pro cinema cameras with lightweight zoom lenses such as the Angenieux Optimo 15-40 and Canon 15.5-47 with complete FIZ (focus, iris, zoom) support with the Intuitive Aerial DOMINION controller. AERIGON Mk II has future support for dual and redundant flight controllers, the ability to switch between 2.4 Ghz and licensed band wireless transmission, and enhanced features such as ground power and industrial grade battery connectors.

SHOTOVER known for their stabilisation platforms are launching their first UAV in direct competition with the Aerigon in the high payload sector of the market. In fact their marketing claims are almost a direct copy of Intuitive Aerial’s. “The debut of the SHOTOVER U1, the world’s first professional grade unmanned aerial vehicle (UAV) for the broadcast, motion picture, law enforcement and industrial survey markets.”

A big difference between the two is that the U1 gimbal (U1g) can be detached from the multirotor and used as a standalone gyro-stabilised platform for mounting on motorcycles, cars, boats, cables and almost anything that moves.  Buyers can choose between the U1, which includes both the multirotor and gimbal, and the U1g, which is the gimbal without the aerial component.  Other U1 features include redundant flight control and battery systems, customised downlink with two HD video feeds and unparalleled stability even at full zoom.

The U1 builds upon SHOTOVER’s expertise in the aerial cinematography space with its SHOTOVER F1 and SHOTOVER K1 gyro-stabilized camera systems.  Recent credits include Hollywood blockbusters Jurassic World, Furious 7 and Spectre; SHOTOVER has also been tapped by the BBC for filming telephoto 4K footage of wolves, bears and caribou in Canada’s remote Northwest Territories for a six-part wildlife documentary series scheduled to air in 2016.

To download the spec sheet for the SHOTOVER U1, please visit: http://shotover.com/site_assets/content/U1specs_10.22.V6.pdf 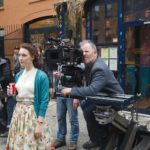 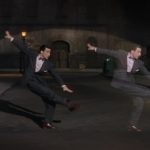