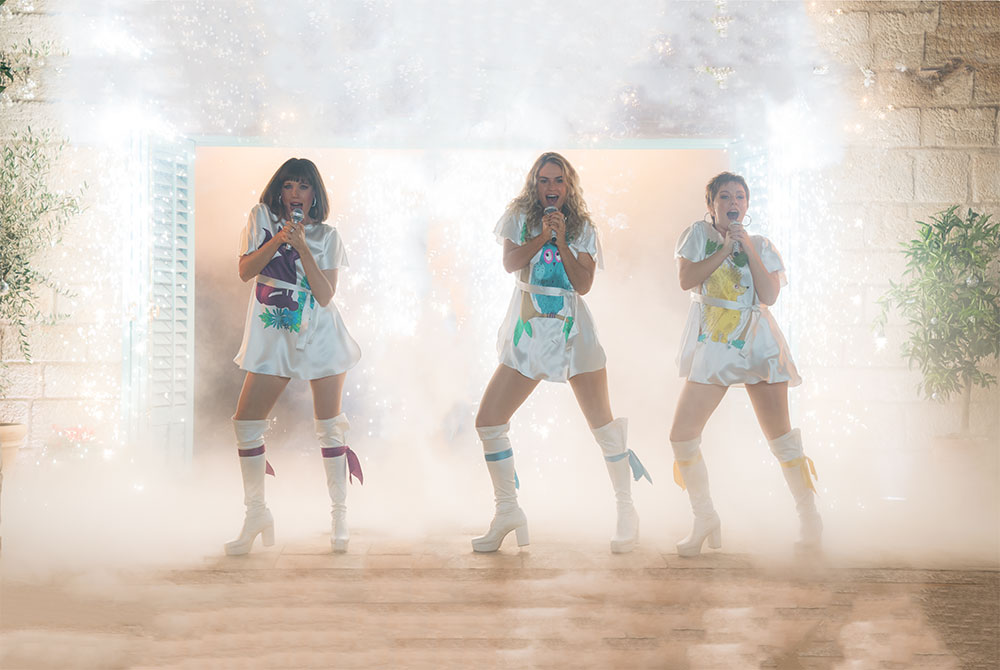 How do you better the smash hit of the original Mamma Mia movie? You just follow the music

Thank you for the music’ is what everyone is saying about Mamma Mia!, especially the producers. The stage musical has banked $1 billion in receipts and it was the first movie to make over $600 million at the box office. The new movie, Mamma Mia! Here We Go Again is then a sure-fire hit and it’s perfect for the summer cinema doldrums.

The first movie had a heightened look to go along with the slightly kitsch song and dance sequences, so what could DOP Robert Yeoman add to it? Robert has shot movies as different as Dogma and The Grand Budapest Hotel.

We asked him what it takes to make a sequel of such a popular hit movie? Is it limiting, do you pursue making a similar movie or are you encouraged to bring your own aesthetic and vision to the production?

Actress Lily James plays the younger version of Meryl Streep’s Donna to reveal how the past shapes the future.

“Certainly we were all fans of the first Mamma Mia! movie. Our goal was to capture the joy and spirit of the first film and, hopefully, expand on it to find a fresh approach to the story. There were obvious visual motifs – the sea, the hotel, etc – but we were free to embellish and give a new interpretation to this backdrop.” But would the production be tempted to follow the example set by the Oscar-winning screen version of Les Misérables, for instance, and record live vocals to get nearer the audience? The quick answer from Robert was, “I don’t remember any live vocals for the songs, everything was prerecorded and the actors had to lip sync.”

What is the secret to making a narrative-driven, musical-based movie? Is it a matter of separating the musical numbers in to mini movies of their own?

“I looked at the musical numbers as being an integral part of the story, not as separate elements. Somehow everything had to visually fit into the world that we were creating. That said, we tried to give each song its own distinct style and attitude which took its cues from the music. Our choreographer Anthony Van Laast would design the dance sequences, then the director Ol Parker and I would figure out the best way to realise the choreography on screen. I would often attend the rehearsals with Ol to see what Anthony had cooked up! We could then make a plan about how we wished to shoot.”

Take us through some of your planning for this movie. Dealing with the high-contrast sun in Croatia, for instance, and the multi-camera style for the music sequences. What was the lighting plan: how much natural sun was there on location and how did you replicate it back in Shepperton. Also how much blue screen was there? For the lighting design, are we talking about large light rigs or subtler placements and practicals? Did you use LED lights or more traditional light?

“The film was shot in both London and Croatia. Our goal was to make it seamless. We obviously couldn’t control the weather in Croatia but fortunately we shot there first, which made the London-based scenes easier to match. We generally had sunny days in Croatia and my goal was to backlight our actors as much as possible. Luckily for me the production did everything to accommodate this request. We rarely used lights in Croatia as the locations were often difficult to access. Instead, we used large white bounce boards to fill in the actors and cut the heavy contrast created by the sun.

“We also occasionally used large silks to soften the harsh sunlight. When we returned to England we shot on the stages of Shepperton Studios. Using numerous LEDs hung from the rafters to create an overall ambience, we used large tungsten lights to effect the rays of the sun. The LEDs were all programmed so we could change their colour and intensity very quickly. This simplified our ability to change rapidly from day to night scenes.

“We used blue screen on the Shepperton stages to be later composited with the background plates that were shot in Croatia. When you are standing on the courtyard of the hotel or looking out of windows, all of the distant backgrounds were composited.”

You only have to watch a couple of Mamma Mia! Here We Go Again featurettes to see that the movie was shot multi-camera with ALEXA cameras, especially for the dance sequences. But what about lenses to capture, in some cases, a large ensemble? What the about the camera movement – a collection of cranes, dollies, tripods, drones and Steadicam – or was there a discipline of only certain camera movement?

Lights were rarely used when filming in Croatia because the locations were often difficult to access. Back in Shepperton, blue screen was used to be later composited with the background plates shot in Croatia.

“For the musical numbers we generally shot with three cameras: one on a technocrane which could move freely around the action, another on a roving steadicam, and the third on a dolly track with a zoom lens that could grab tighter coverage.

“We shot the film on ALEXAs. Since the transition from film to digital it has been my camera of choice – it’s easy to use and I prefer the image to other digital cameras. As I knew we would often be shooting ‘three shots’, I chose the widescreen 2.40 format so I could more easily accommodate getting three actors in the frame. Anamorphic lenses have a distinct magical quality to them so I chose to go that route (also the first Mamma Mia! was shot on anamorphic).

“After extensive testing, we settled on the ARRI Master Anamorphic lenses. I liked the fact that they held sharp focus all the way across and I didn’t want our middle actor sharp and the other two slightly blurry. I generally preferred the 50mm and 75mm, but other lenses were also used. I used no filtration on the camera, the only filters were neutral densities and grads and an occasional polarizer. I rated the ALEXA at 800 ASA. My DIT on set was Ben Appleton and I worked with him at the start of each day to set a look and Ben would keep it consistent throughout.

“I worked with Jill Bogdanowicz at Company 3 in Los Angeles for the final colour timing. Jill has a great eye and brought a lot to this process. We often raised the colour saturation from what was originally shot, particularly giving the sea a deep saturation of blue to add to the magic of the story.” 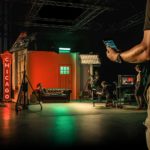 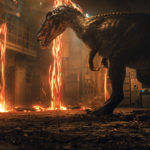