The definition of the term high definition is becoming increasingly slippery. In fact I’d say for practical purposes the term can be as misleading as “low fat” or “British beach”.

For example this month I’ve been working on a 3D 3.5k x1k shoot and also fielding calls from a producer who wants to shoot “high def 24p”. Both shoots have been described as high definition but really, they are not.

The “24p” producer was referring to what was in fact mini DV 24p not HD. On discussion he should have been asking for a HD camera in ENG mode. He had been side tracked by confusing digital with 24p DV and 24p with high definition. In his mind there was not much difference between 24p and high definition. He hadn’t bothered to see the difference for himself.

Kodak is now using the term High Definition. Their recent European advertising campaign claimed that Kodak film produces  “high definition” images. For those of us regularly working in HD this claim was as incongruous as HD camera manufactures promoting HD as having “grain”.

While Kodak is using the relatively vintage term “High Definition” the electronics manufacturers are doing their best at predicting the future. Quantel has recently invented the term HDRGB and Sony compressed 444 and Thomson was early off the mark with the brilliantly conceived term filmstream.

Who knows what term in the future will aptly describe the basket of technologies and formats. My 1985 Oxford concise dictionary has no reference at all to the word internet, which back then was more likely to be considered a tennis expression than anything futuristic.

We shouldn’t be distracted by the terminology. Fortunately it is relatively simple, even for the uninitiated to judge for themselves a standard of image. We need only trust our eyes.

If anyone doubts that the concept of high quality digital images hasn’t entered the public arena, then the Kodak campaign is confirmation that the HD train has departed the station, albeit with each carriage travelling in a different direction to as yet unknown destinations.

This magazine will continue to chart where we have come from and where the movers and shakers consider we are going.

We are all embarking on a High Definition journey of one kind or another so lest you want to end up in Milawi instead of Monaco pack this magazine in your digital rucksack.

HDV – The Democratisation of High Definition 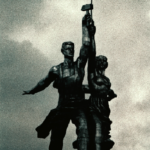 As TVs get bigger and broadcasts get sharper, seeing what’s going on has never...