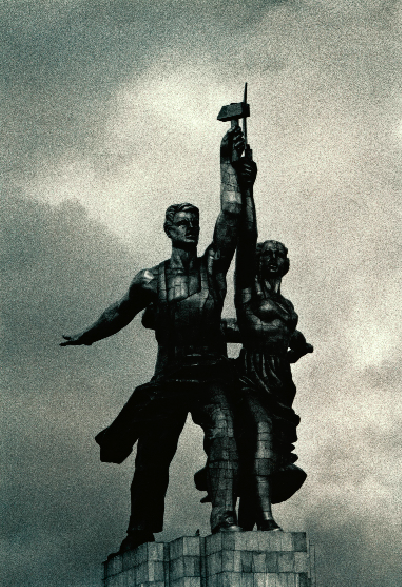 HDV – The Democratisation of High Definition

For most video professionals, high definition has long been synonymous with high cost. Hence, despite the plethora of cameras, VTRs and other tools now available for production in various HD formats, HD has not been adopted for everyday use by the legions of hard working professionals.  The good news is that the advent of a new low bit rate HD format, called HDV, may change all of that by offering many of the benefits of HD at the cost of DV.

At first glance HDV appears more DV than HD. It uses off-the-shelf mini-DV cassettes to record video at an even lower bit rate than DV, 19.7 Mbps. to be exact. As a result, with HDV you can record 60 minutes of high definition video, -the same as DV, on a standard 60 minute mini-DV cassette.   Anyone who has used 124 minute DVCPRO tapes to record a mere 31 minutes of DVCPRO 100 can appreciate what an impressive achievement that is. By employing similar MPEG 2 compression as that used to compress full bandwidth HD video into a 19.7 Mbps DTV stream, JVC has put to tape, compression technology initially designed for over the air HDTV broadcasting.

What is impressive about JVC’s adaptation of MPEG compression for HD field  recording is the ability to achieve full bandwidth HD quality, with few artifacts, using the same physical space on a mini-DV cassette as that dedicated for recording DV. To do so JVC makes one key compromise, it uses 720p at 30 frames per second vs. 60 frames per second as in DVCPRO 100. Nevertheless, videographers use Panasonic’s Varicam to shoot 720p at various frame rates, including 24 and 30 frames per second. Hence, the HD10’s use of 720p30 is not a unique variation on 720p. Moreover, in the 480p mode, video is captured at 60 frames per second virtually eliminating judder, -a motion artifact commonly associated with film and 24p acquisition. (Judder, -a contraction of shudder and jitter, describes the subtly perceived motion, on screen, between full video frames displayed at 24 or 30 frames per second, whichever the case may be.)

Another unique feature of HDV is its potential to support full bandwidth HD, at 1920 x 1080. This means that no critical horizontal information is discarded while compressing at 19.7 Mbps. Hence the format itself can potentially be used to record full bandwidth 1080 HD, in-camera, when a camcorder which combines 1080 line imaging and HDV recording is produced. The net result in the case of JVC’s  HD10 is a camcorder with a single 1/3” CCD that produces ultra-high resolution video on mini-DV tapes at 720p30. This can be cross converted to 1080i internally for the benefit of those who prefer the 1080i look.

JVC’s HDV camcorder, actually two models, brilliantly illustrates the tremendous advantages of using low bit rate HD.  With either the pro or prosumer models it is feasible to record in HDV mode at 720p30 and 480p60 (in 16: 9), or in DV mode either in 16:9 or 4:3, -at the flick of a switch!   The first two can be displayed in 1080i , 720p, 480p or 480i, with the help of built-in up/down and cross convertors. What is most remarkable is that this is achieved in a handycam-sized chassis, -the result of a major investment in ever more compact and integrated LSIs (large scale integrated circuits)  by JVC.  The end result has  been an impressive array of HD and SD outputs including: HD & SD component, HD and SD via firewire, and also S video and composite connectors for 480i.  Moreover, the HD10 can also record HD and SD video and audio fed from another source via the firewire  port!

The increased efficiency achieved with  HDV makes possible  a compact camcorder which records and outputs both HD and standard def video and also features as many or more effects, framing and other options as a mini-DV camcorder with all the bells and whistles! In addition the pro model, the JY-HD10 offers additional options like a color bar generator, in-viewfinder display of audio levels,  a higher rez viewfinder, XLR audio sockets and better edge enhancement resulting in a more natural sharp picture.

Both the pro and prosumer models include software for frame-accurate MPEG video and audio editing and for importing MP(EG) 3 audio files and for editing them in the MPEG -1 audio layer. Also, edited HD MPEG-2 files can be authored in the DVD software (MPEG Edit Studio Pro 1.0) provided, simply by dragging and dropping them onto the menu.

However, this may be just the tip of the HDV iceberg. Software developers like U Lead are adapting their full suite of pro-editing software tools for use with HDV. Cineform of California has done the same and more with Adobe Premiere editing software. At NAB 2003, I watched in amazement as they edited four simultaneous streams of HDV on a Pentium 4 using Premiere 6.5. More recently, a company named Heuris announcement  development of software to enable editing of HDV in Final Cut Pro.

Moreover, there is a clear sense that these are very early days for HDV with the best yet to come. Specifications for the HDV format were submitted to SMPTE this summer and final approval is anticipated by year’s end. Consortium members like Canon, Sharp,  SONY, as well as JVC, sense HDV’s potential to be the next big thing –especially for their lucrative professional, prosumer and consumer markets. Expect them to be actively testing the waters at NAB 2004 with an assortment of HDV products. If the market responds with enthusiasm, expect to see a plethora of camcorders, VTRs  and much more in the not-too distant future. If that happens and demand snowballs we may all be shopping for HDV camcorders and VTRs in a year or so!

To date, the response to HDV has been very positive.  “Interest has been strong and our sales have been better than anticipated, but not nearly in the high volume as our DV camcorders” said JVC communications director, Dave Walton. Product developers at JVC are now waiting for the next shoe to drop as feedback from early users of  the JY-HD10 and HD1 percolates through the grapevine. “We’re starting to get the next wave of buyers now, -those who have already tried HDV or have heard good things from colleagues who have. They have a clearer sense of what it can and can’t do and how to put it work for them,” said Jerry Cohen, V.P of Engineering at JVC and a key developer of the JY-HD10. Only time will tell if HDV has what it takes to help make HD a low cost, high penetration medium as well as one with high resolution. 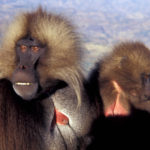