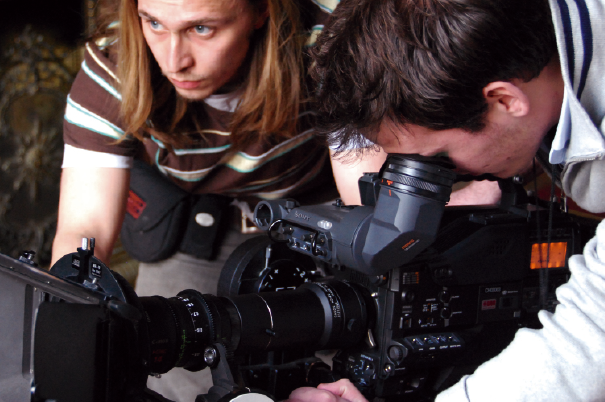 This Cannes-debut short was shot with the Canon Primes and Anamorphic converter to gain a ‘grander look’Up and coming director and producer Chloe Jenden shot her short Qui Es Tu? on Canon FJS primes using the anamorphic converter. The film was given two showings at Cannes this year. Jenden met James Friend, DoP for Qui Es Tu?, while studying for a masters degree at the London Film School run by Mike Leigh. In this article, we examine Jenden’s work, and the effect the converter had on the final look of the feature.

Jenden not only directed and co-produced the film, but also wrote the script. Set in Marseille in 1943 during the German occupation of France, the film begins on the eve of a major French and German offensive in the Old Town area of the city. It involves the intrigue of relationships and conflicting loyalties between members of Qui Es Tu?, local police and the English and American secret service. Unusually, although an English production, the film is shot predominantly in French with subtitles.

The shoot took place in a 15th Century English Manor house in the depths of the Shropshire countryside; it had limited space, low, uneven ceilings (in some places only seven foot tall) small windows and huge oak beams – all elements to create massive challenges for the camera, lighting and art departments, Vanessa Lee, their production designer, built a set into the space with movable walls so they could fit the camera in around the playing space – even so they were continually battling with the small environment.

The film was shot entirely using the Sony’s F900R HD camcorder and the Canon FJS Primes with the Canon anamorphic converter, producing a 2.35:1 aspect ratio. Jenden’s last film was shot on 16mm, and she and Friend were looking to test out the digital option, deciding to adopt an HD workflow. Within the budget they wanted to get the best possible imagery.

After much discussion, it was decided to shoot with an aspect ratio 2.35:1 Cinemascope, using the Canon anamorphic converter ACV -235.

The team felt that this would work to enhance the look and style of the film – they wanted to create the feeling that this little story was part of a much grander piece. “The converter is very new to the UK and had never really been used here so we were a little apprehensive about using it without extensive testing. Providing the camera you are shooting on has the relevant card to invert and stretch the image from 16:9 to 2.35:1 you receive an image using the full capacity of the CCD. Therefore on a big screen you have a much higher resolution than if you were to simply crop the image. After seeing the results projected at Prime Focus London (who dealt with the post-production) it was quite clear to see the difference that the adapter made – providing a clearer, sharper image and amplifying the adapters ability to provide a truly filmic look to HD – we were all very excited. We found the converter easy to handle, much more lightweight than expected; and it allowed us to achieve stylistic elements that we were unable to achieve optically – such as anamorphic flare. It worked very well in the low lighting environments as we only had to compensate for 2/3 of a stop loss. We are already in pre-production for our next short and would love to have the opportunity to use the converter again.”

DoP Friend adds: “Chloe adopted a very challenging shooting style on this film. We realised that we could not cover a scene conventionally without seriously sacrificing the image or sound due to the location. Because the film runs almost entirely in real-time, once we had established a style of cinematography we had to stick to it. With narrow walls and a low ceiling we had to contain each shot without restricting the actor’s movement.

“Directors all work in different ways, usually covering from every angle to give some freedom and alternative in the edit. However it made my job far easier that Chloe knew exactly what part of the shot we would use for each scene when the decision had to be made on the location. As the tension grew in the story, the camera moves closer, generally working from the 9mm to the 24mm primes, and using mirrors and more aggressive camera styles as the balance in trust alternates between our two characters. With the elements we had against us, it is remarkable that Chloe completed the film so close to her original specifications. She told the story well and she is a constant reminder that you don’t need a massive budget to tell a good story!

“One of the main reasons for choosing the anamorphic converter is that it had never really been used before in the UK. I am a strong believer that, when photographing period drama, format is key to the authenticity of the film, especially when traditionally the softness of 35mm is more in tune with the paintings or photography that inspired such a look.  We did not have an option to shoot film, however we wanted to create an image with character  – and that sometimes can be the downfall of shooting on video formats. By shooting anamorphic, maintaining the resolution of the image and with the stunning optical quality of the EC primes, I believe we truly did something very different with this film.“

Qui Es Tu? will be screened at the Imperial War Museum, London 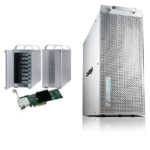