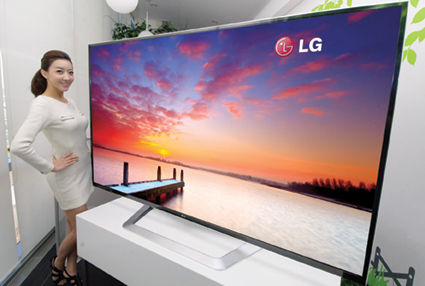 EBU Puts a Spanner in to 4k Broadcasting Plans

EBU has had a look at the UHDTV standard and they don’t like it.

The EBU (European Broadcasting Union) has released a policy statement about Ultra High Definition Television (UHDTV) and to be honest its conclusion is that they don’t like it. The basis of this dislike lies in the television manufacturer’s guess that consumers will buy in to UHDTV just because there are more pixels, more pixels mean better viewing right?

Yes and no. The EBU act like our ‘vision guardians’ if you like, they are saying that a straight increase in resolution, like we had from SD to HD, is not the answer. They are right as when we switched from standard definition to high definition we all got something much better than a resolution increase, we got a flat television with it and all its benefits to the way our living rooms looked. No more boxes in corners. The EBU is betting that the viewer deserves more than just more of the same.

But the EBU don’t just want more pixels, they want better pixels too. The UHDTV standard offers the broadcaster higher resolution but also higher frame rates, more dynamic range so better contrast, a bigger colour gamut and enhanced audio. All these enhancements could bring the UHDTV viewer a more immersive experience (there’s a phrase that’s been more than overused).

Unfortunately DVB’s Project phase 1 doesn’t include these enhancements but they are included in Phase 2 which means they can be considered. In the meantime the EBU suggest that the enhancements like higher dynamic range could be standardised for a 1080p HD service (all enhancements apart from the resolution of course). There are advantages to this as consumers would see a better image without buying a new set and broadcasters would see the potential of UHDTV with the enhancements.

Next week EBU’s Hans Hoffman is taking these arguments to SMPTE. The SMPTE members will most likely agree but then what happens. The last thing broadcasters really want to do is invest in a new infrastructure especially on what could be called a ‘subjective’ element like HDR. Without being too cynical it is probably cheaper to pay for everyone to re-calibrate their HDTVs which would bring visual improvements more or less immediately.

There are, it seems, two camps – not exactly opposed, but each with their own manifesto and each fighting to be heard. One has the numerical advantage – the UltraHD Camp – giving them an immediate appeal. 4k is better than 2k, right? And 8k must, therefore, be better than 4k. The other has a harder job – this group we’ll call the Better Pixel Camp. They must convince us of the merits of more arcane qualities – decreased quantisation error (e.g. 10 bits v. 8 bits per pixel), increased dynamic range, reduced compression and so on.

In an ideal world we would have both more pixels and better pixels, but if there is one universal constant it is a lack of bandwidth – it doesn’t matter how many kitchen cupboards you have, there is always one pan that won’t fit. Storage media, broadcast transmission channels, Internet bandwidth – they all force us to compromise our image quality.

In the world of theatrical cinema, I’m sure we’ll actually push towards both more pixels and better pixels, but it’s a lot less certain in television. Although the numerical appeal of Ultra HD is compelling, screens will have to get a lot larger before consumers will really see the benefit of all those pixels. Here in the UK we live in the smallest homes in Western Europe – and new builds are getting smaller – so where are we going to put these 100” screens? Perhaps, as with HD (which was unrealistic with CRTs) a new technology will enable the transition, such as turning your entire wall into a TV. Maybe, in the short term at least, better pixels make more sense than more pixels?

Nevertheless, when HDTV was first mooted few people doubted that it would become a commercial reality – though it took many years. Unlike, for instance, stereo 3D, Ultra HD seems to be gaining a similar momentum. Only time, and the marketplace, will tell.