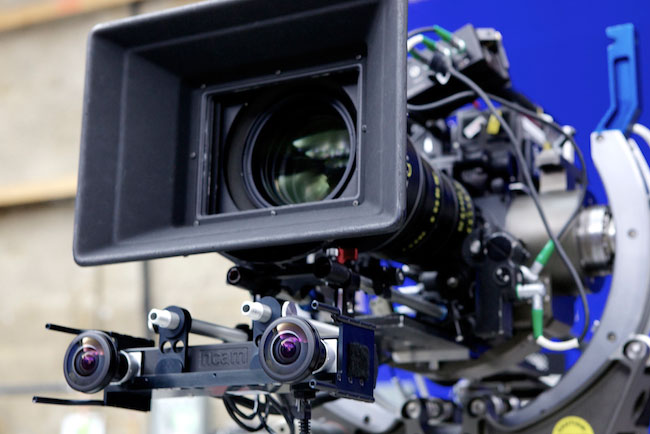 The system can be fitted to any film or broadcast camera configuration, whether dolly, crane, handheld or Steadicam and it works with spherical or anamorphic, prime and zoom lenses.

Ncam, a company backed partly by FilmLight has been demonstrating real-time visualisation of immersive 3D/CG graphics content in-camera. Using its markerless camera tracking technology, Ncam opens up new possibilities in immersive graphics. Environments that were previously impossible to track are now easier to access, enabling quicker set up and instant tracking anywhere, in studio or on location. The Ncam technology is available as a turnkey solution.

The system provides low latency realtime visualisation, making it ideal for 2D and 3D virtual sets, and for animated characters, as well as for the insertion of logos and graphics. It can also be used with blue or green screen through the use of its own keyer. It provides support for third-party graphics engines such as Vizrt through the integrated Free-D protocol for broadcast augmented reality, and also includes a Motion Builder plug-in option for seamless FBX file exchange.

The system can record tracking and lens metadata to inform downstream post processes, and it can be fitted to any film or broadcast camera configuration, whether dolly, crane, handheld or Steadicam and it works with spherical or anamorphic, prime and zoom lenses. Set-up time is minimal ensuring that there is no delay to the production and no changes to the workflow. Any number of cameras can be used simultaneously without interference.

The huge advantages of using Ncam on set have been proven on many feature film productions in the last year, including: White House Down, Edge of Tomorrow, Muppets Most Wanted, Jupiter Ascending and Our Robot Overlords.  Existing clients include Warner Bros, Sony, Disney and Fox.

It quickly became a relied-upon production tool for Roland Emmerich, director of White House Down, who commented, “Normally you can’t pre-vis Steadicam shots because the Steadicam operator and the actor do a dance. You have to see it — and with Ncam I could see it, in real-time, with real people in frame. Ncam is now my favourite tool.”

Nic Hatch of Ncam said “We are already seeing great take-up of our technology, because there really is nothing like it. We have brought it to market through our partnership with FilmLight, a world-class company offering perfect synergy with Ncam, and we have great plans for continuing development to make our visualisation platform even better in the future.”

Ncam Technologies is a collaborative joint venture with FilmLight Limited.  Ncam’s headquarters are based in London with offices in the US. 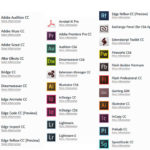 Under A Cloud Adobe Updates Video Apps On Their Cloud 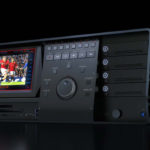