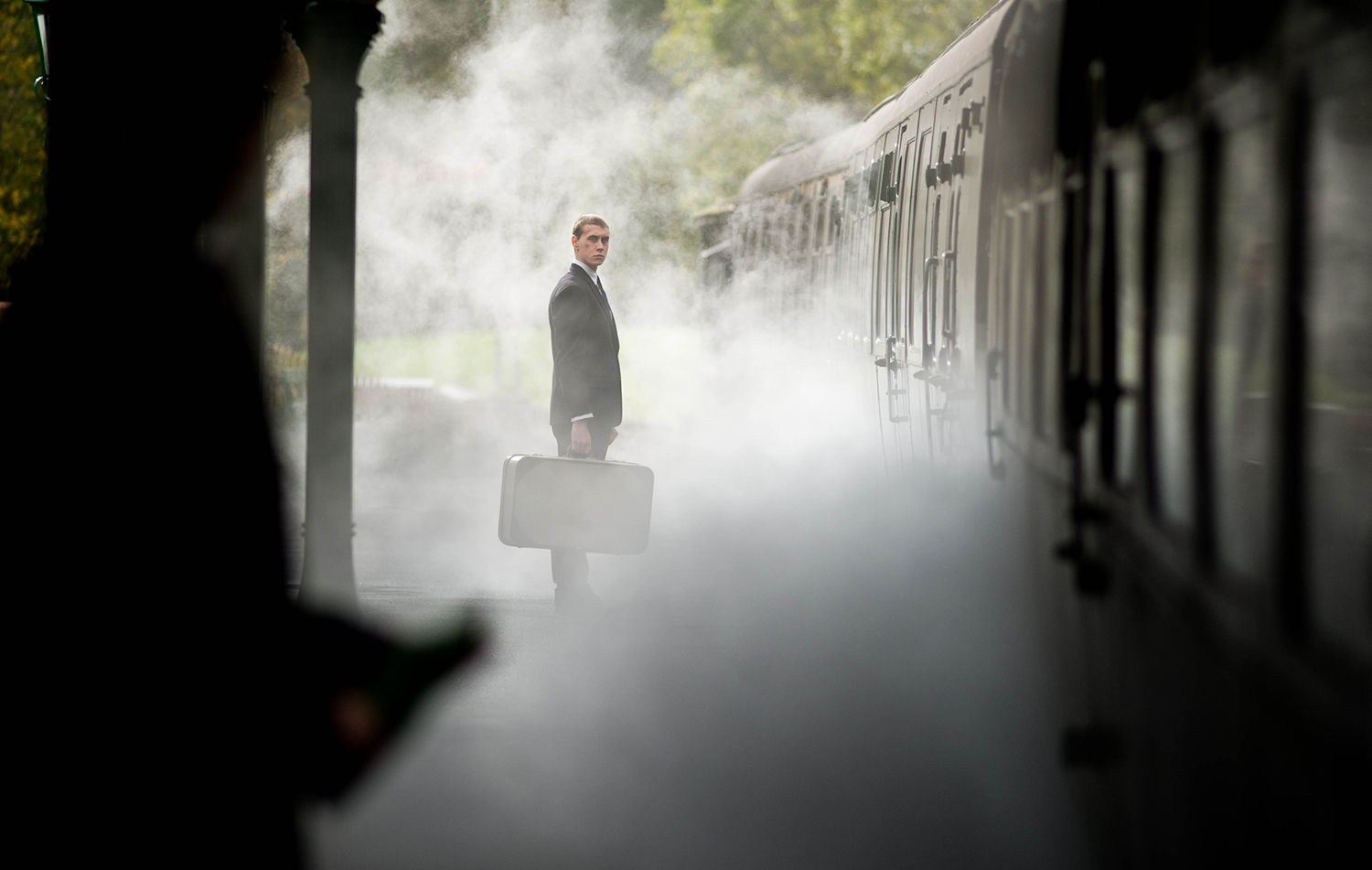 As the BBC fights for survival, the channel is regularly reminding us with promos how thankful we should be for paying for it. One of the reasons is the drama. But one of our reasons is how the drama is shot. The Outcast is a two part dramatisation of Sadie Jones’ novel, she also wrote the screenplay. Director is Iain Softley and Director of Photography is Mike Eley. The story follows Lewis from boy to troubled man and from a family tragedy to finding his place in the world against the backdrop of austere post WWII Britain.

The Sunday night drama slot is hotly contested by the networks and viewers have been spoilt with mostly Alexa camera-led period pieces with sumptuous sets and cinematography to match. Our eyes like DoP’s more trained eyes are now used to ‘digital’ on the HD channels and so when something else shines out at us we notice and wonder what it was. There is an irony that it was film for The Outcast. It does feel like this stalwart medium has been hurried out of the production door, but the powers that be still allow you to use it for 25% of your production, a percentage that directors Iain and Mike wanted to blow out of the water.

“When I met Iain initially we both wanted to shoot then whole thing on Super 16mm film which didn’t wash with BBC Worldwide as it was more than the 25% that we are allowed to use for BBC HD output. The original idea was this was a story that was predominately going to be in high summer (it was shot in last September’s UK Indian summer). You’ve got exteriors, countryside plus the period nature of the story that film would give it something extra, it would be kinder to the story. Having said that I’m really happy with the mix, out of that came something different which is often the way.

“So we went with the Alexa as the main camera but the BBC did say you can shoot up to 25% on film. We knew that we wanted film elements in it because the story offered up intervals of flash backs and some various quite impressionistic moments which would be a good opportunity to get film involved in. Iain has used on his recent projects a hand cranked camera and he suggested that we could use that. So basically for a lot of the flash backs we used the 35mm hand cranked camera and we also snuck in some super 16mm at odd moments, not dialogue scenes but they were shots of Lewis having various heightened thoughts, making his way across a burning field and one with his back against the car drinking heavily, those shots are scattered throughout the production.”

One of the film moments in The Outcast. Using film, using extreme hand cranked film and a detailed sound design helped us get in to the Lewis’ head at moments of high anxiety for him.

Film as an effect is maybe the role it settles in to for drama, points in its favour are better lab deals with subsidies from Kodak and crews that still remember how to load a camera, but digital use is unstoppable, “I’ve used the Alexa quite a bit, it’s my digital camera of choice. Pre digital your eye would know what 250ASA film would approximate to so you could make judgements on that. Now I’m still surprised the latitude you can get out of a digital scene. When it looks like you’ve lost it completely there it is! It is a matter of re-training the eye.

“We weren’t trying to integrate the two mediums at all but just wanted a number of different looks as we could because it seemed to reflect his fractured life. I’m not sure if we reached the 25% mark but it was enough. Once we had decided to go digital we decided to use film as a look for moments of heightened awareness or the flash backs to his mother drowning and other moments with Alice which were in the second episode.”

Mixing and matching the different mediums did work brilliantly for The Outcast but you need the support of your colourist, Molinare’s Asa Shoul “We worked hard to match the underwater scenes which were shot both in a river and in a tank. The colour and density of the water was extremely varied. I used a print emulation LUT as a starting point for the project as this helps to make it feel filmic, removes it from the ‘Alexa’ look and maintains shadow and highlight detail in a beautiful way. Generally film and digital were used in separate scenes for different effect but on a few occasions where they had been cut together we evened them out.”

Lewis is The Outcast.

Director Iain Softley has a Hollywood pedigree and brought some old ‘film town’ savvy to The Outcast, namely hand cranking. “The hand cranked camera effect was the perfect one for the moments of high tension when the brain speeds up. Anything done in-camera is slightly more authentic for want of a better word than any post effect. It was a very unwieldy beast, we just played with different speeds. Iain was keen to crank it himself as he watched the actor and would slow it almost to nothing and then quickly speed it up again and you would get that nice in-camera ramping and even the fluctuating exposure was down to me riding the exposure to compensate for the different camera speeds. Even when I allowed it to go overexposed it seemed to add another layer of dreaminess to it. I was adjusting the aperture just to keep it in parameters. Sometimes we were going up to 100-120fps and down to zero within a couple of seconds so we knew we could pull it back or retain it later on. Or as happened just let it go which was quite nice.”

It must be frustrating for lens manufacturers who push the envelope on new PL mount products only for DPs to continually seek out old and obscure glass. Mike was no different and commanded the BBC’s Optical Support to find something that would de-tune the digital. “Lens wise predominately we used some old Super Baltar 35mm, they were old glass re-housed. I did some tests with them beforehand. It was a pretty good range running from a 20mm to 100mm and I filled the gaps in with some S4s, but I had to use some diffusion with them which seemed to be a good match. I really liked the drop-off of those lenses, the way they fell away to the edge, I think that contributed a lot to the look of it as well as the film. When you do period pieces you have to consider removing that level of detail that one can see with very sharp lenses. With a mixture of smoke and filters you can use in a scene, it’s very subtle, it’s a kind of gauze really that is between you and the story. But I don’t think it has to be a period piece to use these lenses, with a complete set you can use them all the time.” Asa was able to take this sometimes flarey and foggy look and accentuate it in some scenes to enhance the dreamlike state the character was maybe in.

Young Lewis with his beloved mother in BBC’s The Outcast.

It was all shot 4:4:4 ProRes which made it a very easy workflow. In the grade they had some looks that they worked with on-set. “These were, as ever, a starting point and it sort of starts the conversation when you’re in the grade. I also pulled in other references when we did finally get to the grade and we found a good look which ‘jumped off’ the production design look and those colours.” Asa, “ProRes works perfectly for TV. Particularly when it’s lit and shot as well as Mike has. RAW might help for VFX work but wasn’t a concern for this project.”

Expect to see more use of film in drama. Meryl Streep’s upcoming Suffragette movie was a 16mm day shoot with Alexa used for night scenes proving that film isn’t dead yet. Colourist Asa Shoul gives film fans some hope. “For a period film like Suffragette, ’71 or Deep Water, using film as a starting point will get you 80% of the way to your desired look. It’s less of a fight than pushing a digital image to that place but with print LUTs, film grading tools and playing with grain and fine saturation controls they can be made to match.” 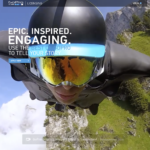 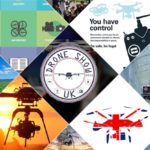