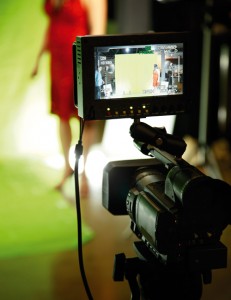 Learning to Love JudderHD is not film, and there are endless missives on the differences, discussing everything from gamma curves to grain. But there are other differences – why does HD exhibit motion judder so much more than film? And why does HD appear to judder more when viewed on a CRT monitor than when recorded to film and viewed at the cinema?

First lets look at the history of cinema to establish why we have arrived at the frame rates and perception of flicker in the cinema that we have today.

A film projector must have a blanking phase to allow each frame of film to be transported into the gate. Then the stationary frame is projected. Our eyes are very sensitive to flicker, especially in a dark environment, so 24 black flashes per second is very disturbing.

So today at the cinema we are seeing the same frame flashed twice, creating a 48 image per second display (some projectors have three bladed shutters but most are two). For a century both the industry and audience standard for exposure duration has been 1/48th sec per frame (for features shot at 24fps). This shutter speed combined with the frame rate has a characteristic sharpness and motion judder that is in my view the strongest characteristic of what we call the film look.

So is 24 frames per second okay for actually capturing the motion on set? Actually it isn’t ideal – it’s not taxed by talking heads and wide shots with not much movement, but when the subject starts to move the cinematographer has to be very aware of the limits the subject can move between frames. If the subject moves too much then they will appear to judder.

Page one of “how to be a cinematographer” circa 1890s says that a “subject must remain stationary in frame or move slowly through frame”! Feature films spend a good deal of time and money making sure that the subject does not move through the frame too quickly. Cranes and dollies help the camera track a subject through a set, but do it so that the subject itself does not move through frame too quickly. Extraordinary devices have been created to accommodate the relatively low frame rate of film.

The sharper the image is, the more the perception of judder. One of the tools the cinematographer has on 35mm is a narrow depth of field that pulls the background out of focus. So, for instance, a subject can be running down a corridor being tracked by Steadicam, preventing it from moving within the frame too much, yet the fast moving background will not judder if the camera crew keep it out of focus.

This brings us to the main reason HD appears to judder more than 35mm film – Depth of Field. Current HD cameras, with their small sensors (by film standards) have a large minimum Depth of Field – a law of optics, as discussed in last issue’s Qi. Put simply, it’s hard to keep your background out of focus with a 2/3in sensor, so motion judder will be more apparent. Larger imager digital cameras reduce the minimum DoF, solving some of these problems

New directors, in particular, feel that the judder of HD is unacceptable – a problem related to the HD working environment. When working with HD we see a high quality, live, progressive picture from the camera whilst a shot is being set up, re-framed or focus checked. This involves a lot of swishing and panning around, so the director sees lots of judder during this phase of the shoot and can become overly sensitive to it, often to the point in a rehearsal of looking at the background juddering rather than the subject!

This background judder can also be more prominent when watching on a small location monitor from a distance than on a larger screen. The dark black border of the HD monitor forms a strong contrast if the background subject is bright, and due to the size of the monitor the viewer may not be fully engaged with the subject by not being close enough to the screen.

The upshot of this is that your background subject should be carefully considered in planning a shot on HD. High contrast sharp verticals, such as white door frames against dark walls should be avoided, if they can’t be thrown sufficiently out of focus. Reducing the contrast of verticals in frame is a smart move. Even more for you to think about, as a DoP, but then that’s why they pay you the big bucks, right? 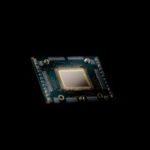 A Practical Guide To Desktop Storage by Dave Brewis 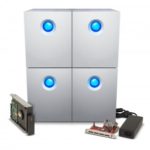